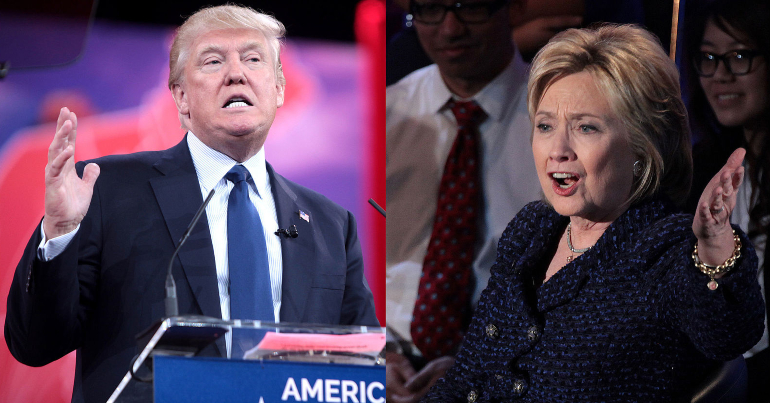 Hillary Clinton recently indicated that she might not rule out running for president again. But that would be a massive disaster. Because if the Democratic Party fails to realize that ‘brand Clinton’ is toxic, it will only doom itself to repeat the humiliating defeat of 2016.

On 26 October, Kara Swisher of Recode magazine asked Clinton during an interview whether she wished to run for the presidency again. She hesitated before answering “no”. But after Swisher pressed her on the matter, and commented on the hesitation, Clinton appeared to concede that she was not ruling it out. And she said, “well, I’d like to be president.”

No one should be surprised that Clinton still harbors hopes of entering the White House. But evidently, not even losing to a reality-TV yahoo got it into her skull that she was a terrible candidate from the get-go. And what’s even more shocking is that many people still seem to be in denial about this reality.

The story of Clinton’s inflated self-importance is now a familiar one. From the moment the 2016 Democratic Party primaries began, she presented herself as the only viable candidate that could beat Trump. She condescendingly dismissed Bernie Sanders and his supporters as fringe fantasists. Even after the election, she had the gall to blame him for her loss by claiming he offered unrealistic proposals.

The reality, however, was the exact opposite. Clinton was, and still is, one of the most widely despised figures in US politics. She is, according to a 2017 Bloomberg National Poll, even more unpopular than Trump. Bernie Sanders, on the other hand, has been consistently ranked as the most popular politician in the country. And during the campaign itself, polls consistently projected Sanders as the only candidate that could beat Trump – directly contradicting Clinton’s claims.

The reason for this is straightforward. Whereas Sanders gave voice to the real economic concerns of working- and middle-class Americans, Clinton represented the stale status quo of the Obama years. And as the Canary has previously reported, these millions of people – many of whom ended up supporting Trump – had legitimate grievances about this status quo.

Their grievances were due to the fact that the Obama administration barely deviated from the neoliberal economic policies of the George W. Bush era. And Clinton played a leading role in Obama’s government as secretary of state between 2009 and 2013. Her association with the establishment brand of ‘socialism for the rich, capitalism for the poor’ meant that she was (rightly) perceived as having done nothing for ordinary people. And from that abject failure emerged Trump’s right-wing populist movement, which promised to smash the Washington elite that was responsible; to ‘drain the swamp’, in Trumpian language.

Trump successfully misdirected the anger of these ordinary people toward classic scapegoat targets such as minority groups and the immigrant community. Whereas Sanders could have successfully courted the support of many by identifying the actual cause of inequality and marginalisation while providing an alternative economic program to fit, the nomination of Clinton as the Democratic candidate played right into Trump’s hands.

Trump painted Clinton, with good reason, as the very embodiment of the Wall Street sellout and Washington crook of the Democratic Party’s establishment wing. And this, in turn, allowed him to falsely pass himself off as the underdog outsider fighting against the self-serving, special-interest, Washington elite.

To the politically astute, this was a transparent con job. But unfortunately, many people took the bait (including one in ten of those who had voted for Sanders in the Democratic primaries). As Jacobin editor Bhaskar Sunkara wrote in February 2017:

The problem with our democracy isn’t the threat of foreign intervention – it’s that voters were given a choice between two candidates that didn’t represent their interests. Enough of them, rationally enough, decided to stay at home or try their chances on a buffoonish outsider.

Granted, Clinton did win the popular vote in 2016. But an even half-decent candidate would have trounced a repugnant demagogue like Trump in a decisive landslide.

If the Democrats want to avoid a repeat of this humiliating failure, they need to jettison establishment figures like Clinton in favor of genuine progressives like Sanders. As Sunkara puts it:

It’s time the Democrats either decide to offer something else on the menu or go out of business.