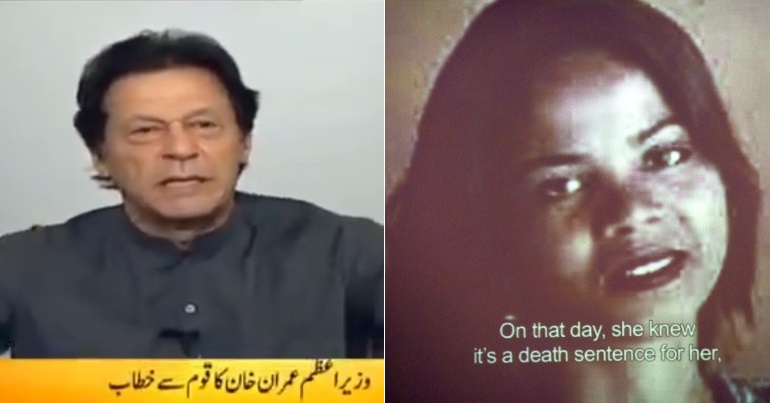 Pakistan’s Supreme Court has overturned a death-penalty verdict for Christian farm worker Asia Bibi. This landmark decision undermines blasphemy laws in the country. And the outcome has been hailed far and wide as positive:

Tears of joy this morning for #AsiaBibi and relief that her nightmare has finally come to an end. Fantastic judgment by #Pakistan #SupremeCourt
A moment of hope where we can start to dream the dream of a #NayaPakistan where the rights of all are protected. ???? https://t.co/IMDzvN82CL

Finally. A horrific ordeal ends. For the past eight years, her life has been in limbo. Two senior officials were assassinated for defending her. Others were threatened, too. The rule of law must prevail. The state must not capitulate to violent mobs that seek to hold it to ransom https://t.co/FqHKCHYzAX

This ‘victory’ is bittersweet for many Pakistanis. Because the country has been fighting an uphill battle against violent conservative groups, particularly since the US-led military invasion of Afghanistan in 2001. Hardliners in Pakistani politics have also gained momentum, adding their voice in support of harsher punishments for blasphemy.

In 2011, Salman Taseer (then-governor of Pakistan’s Punjab province) and minister Shahbaz Bhatti were assassinated. Both, allegedly, for their public support of Asia Bibi:

History shall remember there were some among us who didn’t shy away from speaking the truth and defend the innocent when it was too dangerous and, in doing so, lost their lives.

Salam to Salman Taseer and Shehbaz Bhatti. We remember you. pic.twitter.com/PgGBLuYlaF

Following news of the ruling, conservative Muslim groups in Pakistan issued calls to protest. Some groups, including the far-right Tehreek-e-Labbaik Pakistan (TLP), also incited violence against the judges who carried out the ruling:

"They (judges) all three deserve to be killed. Either their security should kill them, their driver kill them, or their cook kill them," TLP leader on three judges who freed #AsiaBibi, a Christian woman, from a death sentence for blasphemy against Islam https://t.co/Pbmpy8OTPK

Schools closed, flights cancelled, ppl scared because some lot thinks they are more Muslim than the rest. I await on the #SupremeCourtOfPakistan to call them.

They are those whom In sha Allah shall find no peace in this life or the next. #PMIKAddress #AsiaBibi #AasiaBibi

The prime minister speaks out against protesters

It is our duty to protect property, to keep roads open & to keep people safe. The state will then use its power if you so as much even decide to incite any kind of violence at a time when the whole country is trying to rise together. Don’t force us into taking action #PMIKAddress pic.twitter.com/F2JJAXJppt

Many people have hailed his speech as a step forward in the face of religious dogma and violence:

Well done Prime Minister @ImranKhanPTI. In the midst of this clamour and violence country needs a strong leadership which exhibits clarity and would not allow Writ of State to be challenged. We shoudnt concede space to bigots and those violating laws must pay for their crimes

Imran Khan has done what no PM has done so far. He has stood up against religious blackmailers who have exploited & smothered the system for last 70y.

Muslim backing for the decision

Support for the Supreme Court decision, however, does not stem from secularist sentiment. Rather, many Pakistanis have expressed religious Muslim sentiments in support of the verdict. Because many feel the decision is more in keeping with Islamic principles of justice than the original death-penalty verdict:

Today i’m reminded of Imam Ali’s description re. what the Chief Judge of a state should be.

“He should be most fearless at the time of passing judgment.”

Excerpt from his letter to his Governor, Malik al-Ashtar: pic.twitter.com/4NuNHugJil

This is a remarkable speech in its clarity and boldness. Thank you PM Khan.

May Allah continue to guide and strengthen Pakistan’s leaders with this kind of clear headed courage and sense of purpose. https://t.co/hSPkpyCFhW

Of course, it goes without saying that there’s still much work to be done:

But this doesn’t change the fact that, at this historic moment, the nation’s mood is defined by hope:

This is an unbelievable moment that so many of us didn't think would come. Allah be with all those who lost their lives fighting for Asia Bibi, with her and her family, and for the streets where sanity may yet prevail one day.

It’s difficult to overstate the significance of Asia Bibi’s pardon in a very religiously conservative Pakistan. Though it may only be one step, it is in the right direction. And many Pakistanis are hopeful that this single step could be the one that begins a journey of a thousand miles.