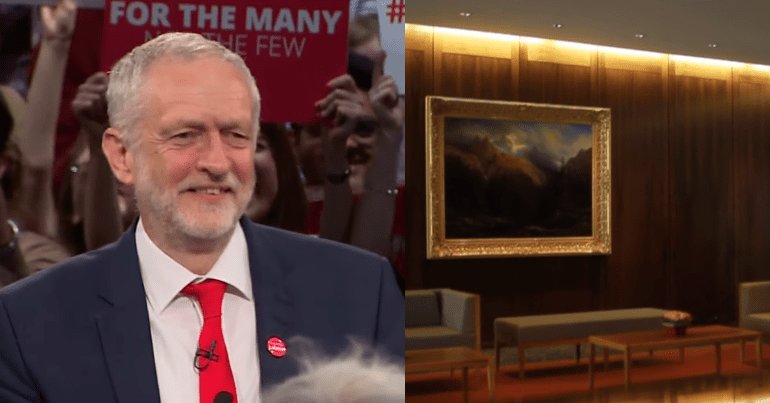 A senior executive at one of Switzerland’s oldest private banks has hit the panic button over Jeremy Corbyn.

According to Bloomberg reports, the super-rich are more concerned about a Corbyn government than anything else, including Brexit. Lawyers have claimed that their wealthy clients are preparing to relocate at the prospect of a Corbyn administration. A boss at London law firm Forsters, Patrick Harney, has said:

It’s an increasing conversation for us with clients and some have got active plans to move if he’s elected. There have been no signs that Brexit would alter much for high-net-worth individuals, whereas we know a Corbyn government would bring changes.

We’re giving them a long term investment strategy in which they’ll get a good rate of return… We won’t be ripped off anymore. All the plans we’ve put forward are based on recommendations of the Confederation of British Industry and others for the long-term investment that we need.

“A threat to a… failed system rigged for the few”

Corbyn has called out bankers on a number of occasions:

The people who caused it now call me a threat. They’re right.

Labour is a threat to a damaging and failed system rigged for the few. pic.twitter.com/ez2Ms8yKE2

The last time the Labour leader posted this video, however, Jewish Chronicle editor Stephen Pollard accused him of antisemitism.

Since 2009, the top 1,000 families in the UK have increased their fortune by over 180%. Meanwhile, real wages for ordinary people fell 10.4% between 2007 and 2015. But Pollard suggested that Corbyn was actually talking about an elite Jewish conspiracy in the video.

“This is very good”

On social media, some people were happy about the reaction from the banking boss:

This is very good. Do not defend billionaires or the super rich to me. https://t.co/2jmNJI6Dvo

Sad to be so wealthy yet feel forced to live in some out of the way place because you cannot bear to contribute to the well being of your country
The Tories gave all the growth to the rich to bank, not the 99% who would have spent it and boosted growthhttps://t.co/wlgGt2Xnrn

A Corbyn-led government would indeed be a threat to the super-rich. Any serious administration must address spiralling inequality in the UK. By contrast, the new Conservative budget has provided a tax cut to the top 10% of households. They must think no one’s going to notice.