Medical cannabis can now be prescribed by the NHS, but that’s only half the battle - Canary 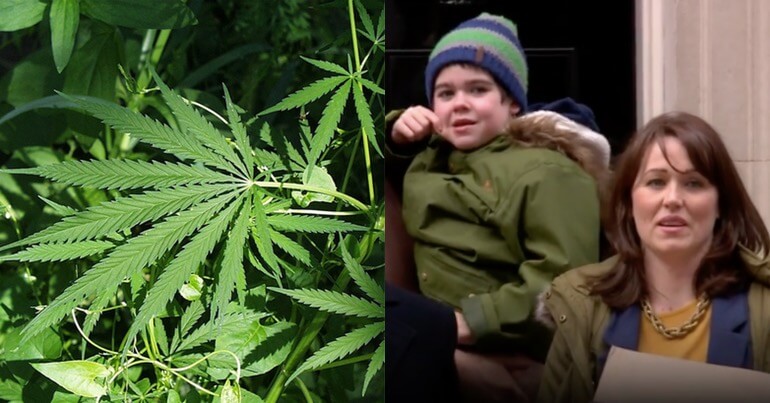 Medical cannabis is now available on prescription for NHS patients, a huge victory for campaigners. But experts are warning that prescriptions may be restrictive, and doctors might still refuse to prescribe the drug.

The decision to change medical cannabis laws was largely due to the cases of Billy Caldwell and Alfie Dingley. Both children live with severe epilepsy and were being treated using cannabis oil. Billy and Alfie were both initially denied access to the treatment by the government. According to the Guardian, “the drug had drastically reduced their numbers of seizures each day”, prompting calls for its legalisation.

But experts have warned that only a tiny majority of patients who could benefit from the drug will be able to access it. GPs are unable to prescribe the drug under the new law. And even more frustratingly for some, specialist doctors can still refuse to prescribe it.

The government’s statement says “doctors will no longer need to seek approval from an expert panel in order for patients to access the medicines”.

However, Alfie’s mother – who is an ambassador for cannabis campaign group End Our Pain – told the Independent that a large majority of families have been refused treatment by their doctors. So there’s little guarantee that, just because the law has changed, doctors will change their minds on allowing treatment. Prior to the new legislation, only two out of the 16 families Alfie’s mother works with managed to get treatment.

“To say people can prescribe this from November is not correct, really,” he told the Independent. “We’re looking at very selective numbers of neurologists prescribing this and it would need the infrastructure to support it.”

Dr Rashid told the Independent that doctors may be reluctant to prescribe the drug due to legal fears.

If a neurologist prescribed private, medicinal cannabis for a multiple sclerosis symptom, and some side effect or harm happens to the patient, even if it’s mild, then legally that neurologist is in great difficulty if there is no license for that

cannabis-based products for medicinal use should only be prescribed for indications where there is clear published evidence of benefit or UK Guidelines and in patients where there is a clinical need which cannot be met by a licensed medicine and where established treatment options have been exhausted.

Medical cannabis could help patients who live with MS, epilepsy, nausea and chronic pain. But some groups, such as the MS Society, are concerned that the guidance makes access to treatments “much more limited than we were led to believe”.

We’re concerned that people won’t be able to access cannabis for medicinal use on a wide scale from 1 November. It is critical specialist doctors have the support and information they need to prescribe in a fair and timely way on the NHS

Billy’s mother argued that the new legislation was not job done, saying:

Whilst the new legalisation is a step forward, making it available for those who need it is paramount. Medical cannabis has the potential to alleviate the suffering of hundreds of UK citizens. And the government must do it all can to realise this potential.