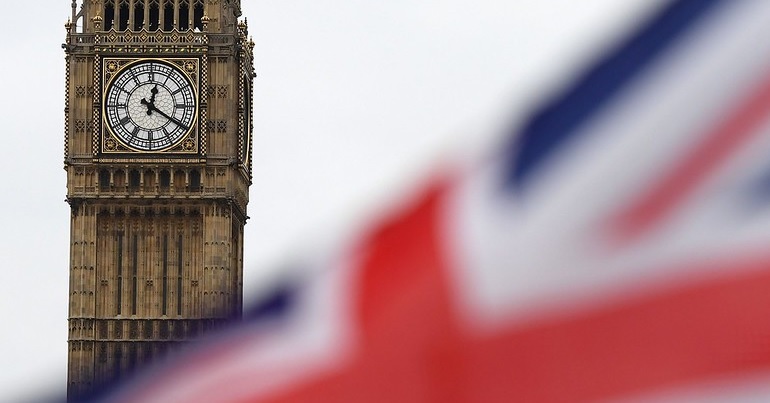 The UK has made its way onto a shameful list along with 11 other countries. These “deadly dozen” countries have all seen their hunters take over 1,000 elephant ‘trophies’ and bring home more than a ton of ivory since the 1980s, according to the Campaign to Ban Trophy Hunting (CBTH).

Meanwhile, as countries like the UK killed their way onto this horrifying list, elephant populations have fallen by over a million. Now, many elephant species teeter on the brink of extinction. And we have British hunters, in part, to thank for that.

Overall, CBTH says that hunters have taken home around 100,000 African elephant ‘trophies’ globally over the last thirty years. It also says the amount of ivory snatched after killing these magnificent creatures has seen a twelve-fold increase in that period.

The UK joins 11 other countries on the “deadly dozen” list. In order of the scale of their ‘trophy’ and ivory hauls, they are: the US, Germany, South Africa / Spain (joint third), France, China, Italy / Mexico (joint seventh), Austria, Canada, the UK, and Russia. US hunters took a massive 31,850 ‘trophies’ and 35,736kg of ivory. That haul is far in excess of all the other nations.

The price of ‘trophies’

Although the UK comes second to last in the “deadly dozen”, it did come first on another list in 2017. It was the world’s largest ivory exporter having sold much more than any other country since 2010. In fact, the UK had sold 370% more than even the US.

The ivory trade is the “most urgent threat” to the survival of elephants. Humans have been killing them for centuries in order to turn ivory into trinkets and ornaments. That’s why the Convention on International Trade in Endangered Species of Wild Fauna and Flora (CITES) prohibited trade in ivory in 1989.

However, CITES allows so-called trophy hunters to kill elephants, and take their ivory. So, combined with poaching for the illegal ivory trade, habitat loss and human/wildlife conflict, hunters are helping to decimate elephant populations. As CBTH says, estimates by the International Union for the Conservation of Nature (IUCN) in 2016 put the total number of African elephants at 415,000.

Hunting poses its own unique threat though. Because hunters often kill the most impressive elephants, with the largest tusks. And, as CBTH points out:

Tusks are an indicator of the strength of the individual. Removing these animals from the gene pool weakens the local population, which reduces the viability of the species

The removal of these large males also creates an imbalance in elephant communities. It essentially leaves groups without a ‘figurehead’ who can control the younger bulls, CBTH says. This can lead to greater risk of human/wildlife conflict. Furthermore, as a probable consequence of the poaching and hunting of elephants with large tusks, the average tusk size has reduced in recent years. Elephants use their tusks to find water during the dry summer. So, CBTH says:

Shorter tusks will make it harder for elephants to survive longer, [with] more severe droughts likely to occur with accelerating climate change.

The practice is also leading to unsustainable hunting quotas being set, without regard for the size of the local elephant population. And it’s incredibly cruel, as hunters often opt for lengthy, painful deaths of the animals by, for example, avoiding head shots. This ensures their ‘trophies’ are in optimal condition for displaying in whatever way they please.

Consign it to history

‘Trophy’ hunting is an abhorrent practice, on all levels. Advocates of it claim it aids conservation. But this is wholly unproven. In fact, CBTH says it’s happening at a completely unsustainable rate. That’s why numerous high profile people have joined the campaign in calling for the UK government to ban ‘trophy’ imports. And its why people will protest against the ‘sport’ in 70 cities around the world on 13 April. As CBTH founder Eduardo Gonçalves commented:

Killing elephants for ‘fun’ is unacceptable, even more so because of the serious threat to its survival. Trophy hunting is a cruel and abhorrent hangover from colonial times. The recent surge in elephant hunting shows the industry is out of control. It threatens to push endangered species to the point of no return.

It’s high time we consigned ‘trophy’ hunting to the dustbin of history. As Gonçalves says, that’s exactly where it belongs.