Sky's Adam Boulton finally called out a notorious wolf in sheep's clothing. And it was amazing. - Canary 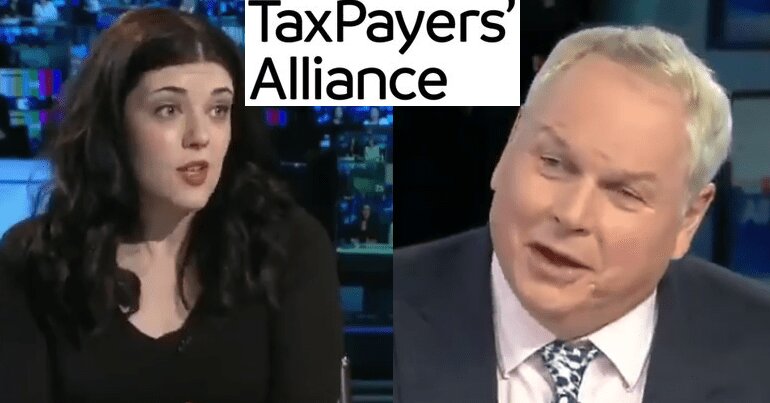 Sky‘s Adam Boulton finally called out the notorious Taxpayers’ Alliance on 9 April for hiding its funding. And, because mainstream broadcasters have long featured representatives from the secretive thinktank without question, it was amazing to see.

Boulton was speaking with Taxpayers’ Alliance campaign manager Chloe Westley, who previously worked as a communications officer for a Conservative minister.

“The problem is, the Taxpayers Alliance is not the taxpayers alliance, is it?” Bravo Adam Boulton for doing what BBC journos don’t do 👍🏼 pic.twitter.com/TLFjWe8CtK

Following online pressure, Boulton asked Westley who funds the organisation. And she replied:

We have thousands of individual donors who like what we do and who support us.

So Boulton changed the question:

What percentage of the funds do individual donors make up?”

To which Westley said:

I’m not going to give you a list of names and addresses so they can be doxxed online.

But Boulton pressed on:

Where is the bulk of the money coming from? It’s not individual donors is it?”

And Westley again failed to respond.

It goes much deeper

The Taxpayers’ Alliance paints itself as a grassroots organisation representing everyday UK taxpayers. But its funding is opaque, which has prompted questions about who’s influencing its pro-free market campaigning. Still, the Guardian revealed that in one instance the organisation received $100,000 in funding from a billionaire-founded Bahamas-based trust. Speaking about the network of shadowy thinktanks that Taxpayers’ Alliance is a part of, shadow chancellor John McDonnell has said:

We need full transparency in who is operating in our political system and therefore seeking to influence both our elections but also our governmental policymaking. These organisations – even by their names – seek to portray themselves as independent, authoritative research bodies.

McDonnell also called on the BBC to question the funding of such thinktanks. The network includes the Adam Smith Institute, the Institute of Economic Affairs and the Centre for Policy Studies. And the BBC consistently hosts their content without questioning their motives. For instance, in January 2017, the Adam Smith Institute issued a critique of Oxfam’s report that that showed eight billionaires own as much wealth as half the planet. Then, a spokesperson for the organisation got airtime on BBC World News, BBC Radio 4, BBC Radio 2, BBC Radio Scotland, BBC Wales, BBC World Service Radio. That extensive BBC coverage all happened on a single day.

So it was refreshing to see Boulton call out one of these so-called ‘thinktanks’ on Sky News. Without revealing their funding, these lobbying groups indicate they lack confidence in their intellectual independence and integrity. It’s the job of journalists to issue them an ultimatum: reveal standard information about the nature of your funding or we will no longer give you a platform.