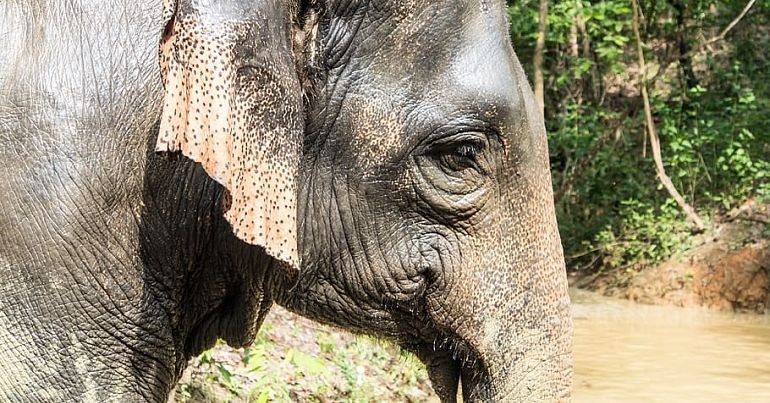 Content warning: This article contains graphic descriptions of animal abuse which some readers may find disturbing.

The UK travel industry is not having a good year. Following the serious hit it has taken from coronavirus (Covid-19), a scandal has engulfed the sector. Campaign group Save the Asian Elephants (STAE) has released research showing the scale of promotion by UK companies of unethical elephant-related holidays. The charity Action for Elephants UK has described the practice – where parks and their keepers force elephants to perform, parade or carry tourists via torture – as “arguably the worst case of animal cruelty in the world”.

STAE says it’s identified 488 companies so far promoting or selling these unethical holidays to British holidaymakers. Of those, 114 are members of the UK travel trade association ABTA. In a double blow, STAE has also revealed the results of a recent poll that found 79% of Britons want a ban on the advertising of unethical elephant tourism.

The revelations risk holidaymakers shunning many firms in the sector, including ABTA members, just at the moment the industry hoped to begin its coronavirus recovery.

As The Canary has previously reported, Asian elephants used in festivals and tourism are often horrendously mistreated. Their ‘keepers’ (mahouts) routinely beat, starve, stab, chain, and physically ‘crush’ them to ‘break their spirits’ and make them compliant. Usually taken from the wild as babies, the elephants are subject to a process called pajan. In a previous interview with The Canary, STAE’s founder Duncan McNair explained what this process entails:

The baby is taken away far too young… sometimes only three or four months old… taken away, isolated, which is disastrous, psychologically for… highly social animals. It’s kept awake with massive noise, it’s starved and dehydrated. It’s often put in a wooden cage called a crushing cage… and the bars are gradually closed in on it. Then it’s beaten and stabbed… and sometimes set on fire, on its legs, repeatedly over weeks.

Ultimately, through the stabbings and beatings its spirit is broken

Once suitably ‘disciplined’, the keepers then put the elephants to work in the tourism industry. The mahouts keep them obedient by using a weapon called a bullhook or ankus. McNair said:

It’s a fierce weapon with hooks and spikes [used] to jam into it, all its most sensitive places, even its eyes and under its toenails.

STAE has now revealed that many travel companies are selling or promoting holidays to British holidaymakers which involve elephants likely subjected to such horrors. Its list of 488 companies includes well known names like Expedia and Teletext Holidays. Although its list is already extensive, in a press release STAE said it believes there are “thousands more” companies that promote unethical elephant experiences.

The group named Expedia as a particularly egregious offender. STAE says it sells or promotes six of the seven worst unethical elephant venues (UEVs). In total, the group says Expedia promotes 24 UEVs. In response to its allegations, a spokesperson for Expedia told STAE:

Earlier this year, as part of our ongoing efforts around animal welfare, we began removing travel guide pages… that promote attractions that do not meet our animal welfare standards. Some of this work was delayed as our attention shifted to COVID-19, however, we have started this work once again…

I think it is important to note that these activities are not offered for sale on any of our sites.

Second on STAE’s list was Travel Republic. It said the company sells or promotes 4 of the 7 worst UEVs. In total, it promotes 10 UEVs, STAE said. In response to the Mirror‘s reporting on the revelations, a spokesperson for Travel Republic said:

We have removed all references to all of those listed as we investigate the claims your report highlights.

We expect all of our suppliers, whether contracted directly or – as is the case here, through a third party – to adhere to the minimum standards set out in ABTA’s animal welfare guidelines and we reserve the right to remove them from sale if they fail to do so.

We appreciate the Daily Mirror and Save The Asian Elephants for bringing this very concerning matter to our attention.

The company does not condone any kind of animal cruelty and would not knowingly feature any content which promoted activity which could be deemed cruel to elephants in any way.

McNair says the “leading role” played by UK travel companies in promoting the tourism involving this abuse is “appalling”. It’s also dangerous, with tourists risking serious injury or death by interacting with the traumatised elephants. Contracting diseases is also an issue, which is particularly pertinent amid the coronavirus pandemic. Biologist Dr Clifford Warwick asserts:

Captive elephants used – and abused – for entertainment, have become a reservoir of infection for TB in people, and vice-versa

In my view, a major contributory, if not determining, feature in this problem are the miserable living conditions and poor welfare inflicted on captive elephants, as well as the close contact experiences allowed and even promoted by tourism companies.

Elephants are chained often in unnatural positions by their front and back legs for years without being moved, and left in their own mess and rotting filthy food.

I have seen elephants with back legs smashed by iron bars to reduce mobility, and terrible foot infections.

He called Kodanad a “filthy, brutal and ruthless place” where baby elephants receive pajan. “Many have been filmed swaying and bobbing in psychological distress,” he added.

Two further venues are in Thailand: Pattaya Elephant Village and Sriracha Tiger Zoo. McNair accused the latter of being “Utter hell on Earth – every breed of animal here is abused for entertainment”. He said the social media accounts of the former show elephants doing stunts, such as playing basketball and posing with tourists, that they wouldn’t do “without being stabbed, beaten and traumatized after the breaking of their spirits”.

Sri Lanka’s Pinnawala Elephant Orphanage also features in the top seven worst UEVs. McNair says there are “numerous” eyewitness reports of mahouts using bullhooks there. The final venue in the top seven is Nepal’s Chitwan National Park. The STAE says “Abundant footage has been collected by STAE showing elephants being beaten and stabbed with bullhooks and knives” in the park.

ABTA – a membership organisation for travel agents – also responded to the allegations. It said:

ABTA proactively encourages travel companies to either not offer, or move away from, unacceptable practices and to work in partnership with suppliers to raise standards.

Many of our members are working to implement these guidelines and either not sell or transition away from selling these practices.

But, as The Canary has previously reported, ABTA guidelines are non-enforceable. The organisation itself says it doesn’t have the power to “make legally enforceable regulation”. It also doesn’t appear to be to planning to create mechanisms whereby it enforces the guidelines internally, i.e. by expelling members who don’t abide by them. So STAE is calling on parliament to introduce legislation that outlaws the promotion of UEVs in the UK.

Clearly, the vast majority of the public are behind a ban – 79% of them, according to the recent poll. STAE’s petition calling for an end to the “cruel treatment” of elephants in India, meanwhile, stands at over 900,000 signatures. Numerous high profile figures have also thrown their weight behind STAE’s proposed legislation on advertising. Chris Packham, for example, said:

The brutality to Asian elephants in tourism is often described as the worst animal cruelty of all. These mighty ‘megagardeners of the forests’ are crucial to the replenishment of our environment, containing our carbon footprint and curbing climate change. We destroy them at our peril. I completely support this great move to ban adverts for unethical resorts and practices.

Asian elephants are in serious trouble as a species. STAE says there are only around 40,000 of them remaining, with 15,000 of these in captivity. Now is the time for the global human community to come up with a serious plan for their survival. If all our species can come up with in this time of crisis is bull hooks and selfies, what does that say about us?