As the EU votes to 'massacre nature', rainforest communities find a trailblazing way to protect it | The Canary 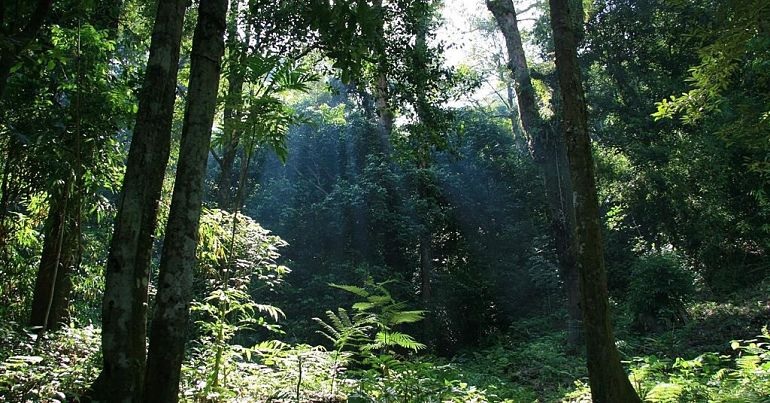 The EU parliament came under fire recently for approving a Common Agricultural Policy (CAP) that critics say will “massacre nature”.

⚠️MEPs just voted for an anti-science, anti-nature and anti sustainable farming #FutureofCAP. Infuriatingly, they did not #VoteThisCAPdown.

But after the EU voted to sign nature’s “death sentence”, rainforest communities offered a ray of climate hope. Because, working with NGOs, communities in rural Borneo have found a trailblazing way to protect nature – and improve their own health in the process.

The EU had a ‘Green Week’ starting on 19 October. The week saw a series of events that looked at how the bloc’s policies could, and should, do right by the natural world. Speaking on day one of ‘Green Week’, European commissioner for environment, oceans and fisheries, Virginijus Sinkevičius, said:

Nature is calling on us to halt biodiversity loss and reverse the damage we have been causing. Now is the moment to create a more sustainable economy, one that doesn’t destroy our life support system, but protects, restores and heals it instead.

However, MEPs held a series of votes on the CAP that same week. As the Independent reported, in those votes MEPs “rejected a series of eco-friendly reforms” to the agricultural policy. They voted, for example, against cutting subsidies for factory farming. MEPs also lifted a ban on converting grasslands in protected areas with high biodiversity, meaning those areas will be at risk of conversion for monoculture agriculture.

Meanwhile, as BirdLife International pointed out, “a majority of the MEPs also voted against an emissions reduction target for agriculture of 30% by 2027”. The charity’s EU agriculture policy officer Harriet Bradley commented:

In a time when decision makers tell us they are listening more and more to the science, Members of Parliament are instead choosing, hands over their ears, to fund the extermination of nature.

So much for the EU ‘protecting, restoring and healing’ the natural world.

However, in contrast to this epic bureaucratic fail, recently published research shows that communities in Indonesia have had great success in protecting rainforests – thanks to a trailblazing, human-centred and community-derived approach to deforestation.

In 2007, two NGOs worked with local communities around Gunung Palung National Park in West Kalimantan, Indonesia to set up a new initiative. It aimed to break away from the standard model for conserving forests, where authorities create protected areas with little regard for the needs of local people. Neglecting communities can leave them with little choice but to undertake illegal logging or land conversion in order to finance their basic needs.

So, in collaboration and consultation with local communities, the NGOs Alam Sehat Lestari and Health In Harmony set up a healthcare clinic. It accepts a variety of payments, including “barter options” such as paying in seedlings or manure. Villages that can demonstrate a reduction in illegal logging activity are offered discounts. Alongside the healthcare facilities, the initiative has periodically offered conservation and educational programmes, as well as alternative livelihood training.

New Stanford-led research assessed the impact of the project over a 10 year period. It found that deforestation in the national park reduced by 70% during that time. The analysis also noted that there were “significant declines over time in diagnosed cases of malaria, tuberculosis, childhood-cluster diseases, neglected tropical diseases (NTDs), chronic obstructive pulmonary disease (COPD), and diabetes”. The report said:

we found that community leadership in the design and implementation of a conservation intervention focusing on pressing health and well-being needs resulted in strong positive benefits to local communities as well as to global conservation goals.

Monica Nirmala, who was executive director of the clinic from 2014 to 2018 and is a board member of Health In Harmony, commented:

The data support two important conclusions: human health is integral to the conservation of nature and vice versa, and we need to listen to the guidance of rainforest communities who know best how to live in balance with their forests

The EU likes to talk the talk when it comes to the climate crisis, as do a number of international and national leaders. But few of them are walking the walk and getting on board with real solutions to the ecological emergency.

As the rainforest communities in Borneo have shown, such solutions do exist. We just have to listen to those “who know best how to live in balance” with nature, rather than the bureaucrats, if we want to find those solutions.