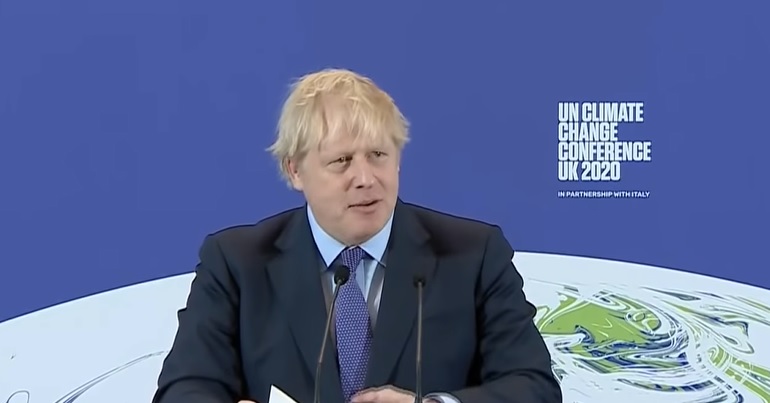 A new report that largely analysed the US’ role in global plastic pollution has revealed a shocking fact about the UK. According to the report, the UK is the world’s second biggest generator of plastic waste per capita. The country only trailed behind the US for the amount of plastic waste generated per person and came first among EU countries.

Amid the climate crisis, plastic pollution is a stressor the natural world really doesn’t need. It takes millions of lives each year of marine animals, as plastic waste often ends up in oceans. Meanwhile, plastic contributes to global warming – by generating “heat-trapping gases at every stage of their life cycle”.

In short, plastic consumption, particularly of single-use plastics, is a bad habit we should be looking to quit – nowhere more so than in the US and the UK.

The report was put together by scientists from the University of Georgia, DSM Environmental Services, the Sea Education Association, the Ocean Conservancy and used 2016 data from the World Bank. It found that the US generates the most plastic waste in total and on a per capita basis. The study’s “refined estimate” figure for the US’ per person waste was 130.09kg a year.

The UK held the eighth highest position for its total plastic waste generation, behind the US, India, China, Brazil, Indonesia, Russia, and Germany. But its per person figure stood at 98.66kg per year. That was second only to the US and puts the UK at the top of the European list for plastic generation per person.

The study also assessed which countries had the “highest mismanaged plastic waste generated by coastal populations”. This calculation essentially highlights how much responsibility countries likely bear for ocean pollution when taking into account factors such as how much plastic waste they export, and what may happen to that waste after export.

According to the data, the US exported over half of the plastic waste it collected for recycling in 2016. It exported 88% of this waste to countries “with greater than 20% inadequately managed waste”, i.e., countries that have difficulty in effectively handling plastic waste. 15-25% of this waste was also effectively unrecyclable, due to being low-value or contaminated. Due to such factors, the report ranked the US as potentially the third highest plastic polluter of oceans. Lead author Dr Kara Lavender Law commented:

For years, so much of the plastic we have put into the blue bin has been exported for recycling to countries that struggle to manage their own waste, let alone the vast amounts delivered from the United States

And when you consider how much of our plastic waste isn’t actually recyclable because it is low-value, contaminated or difficult to process, it’s not surprising that a lot of it ends up polluting the environment.

Not a pretty picture

Although the UK didn’t feature on the study’s list of the top countries contributing to plastic pollution in the oceans, recent analysis from Greenpeace’s Unearthed doesn’t paint a positive picture.

However, Unearthed has analysed government trade data and found that, in the first seven months of 2020, the UK exported 64,786 tonnes of plastic waste to non-OECD countries.

Meanwhile, although the 300-tonnes-a-day exports were a 36% drop on the previous year, there were some alarming increases. Exports to Malaysia, for example, increased by 81% for the period analysed in comparison to last year. Reports emerged in 2019 of towns near buried under the plastic waste imported from countries like the UK.

The Department for Environment, Food and Rural Affairs (Defra) responded to Unearthed‘s analysis, saying the government still intends to enact the ban and “introduce tougher controls on waste exports”. The Defra spokesperson didn’t, however, offer any timeframe for action.

the UK’s biggest market for plastic waste exports, despite a 2019 OECD report finding that the country recycles only 10% of its rubbish.

Couple Unearthed‘s findings with the UK’s shockingly high figure for plastic waste generation per person and its clear the country isn’t doing nearly enough to tackle its climate-harming plastic habit or to limit the impact that habit has on the natural world.