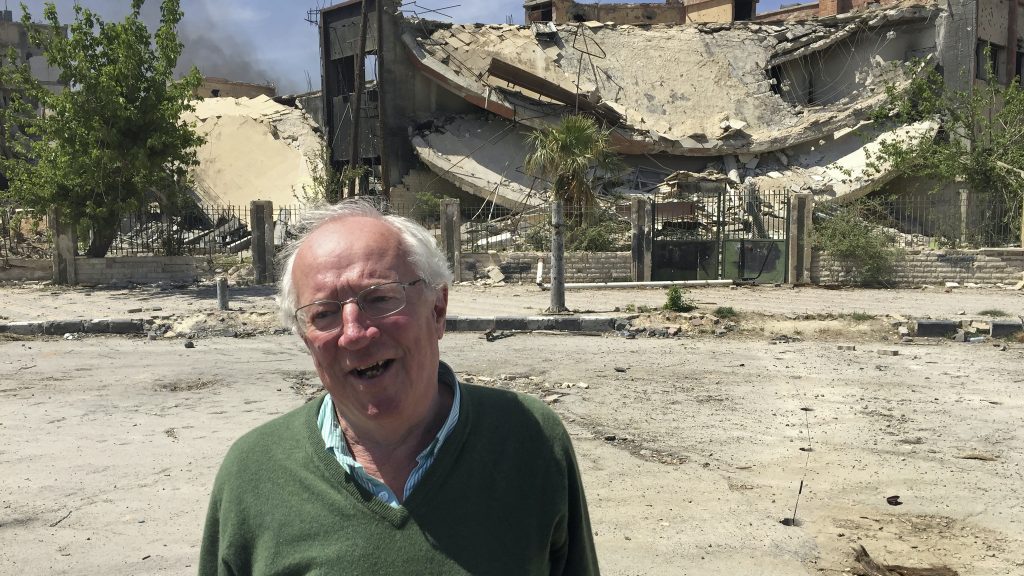 British journalist Robert Fisk has died aged 74 after a short illness, his employer The Independent has announced.

Fisk was one of the best known Middle East correspondents who spent his career reporting from the region and won accolades for challenging mainstream narratives.

Fisk died on Sunday at a hospital in Dublin, shortly after he was taken there after falling ill at his home in the Irish capital.

The Independent, where he had worked since 1989, described him as the most celebrated journalist of his era.

“Fearless, uncompromising, determined and utterly committed to uncovering the truth and reality at all costs, Robert Fisk was the greatest journalist of his generation,” said Christian Broughton, managing director of the newspaper.

”The fire he lit at The Independent will burn on.”

Born in Kent, Fisk began his career on Fleet Street at the Sunday Express and went on to work for The Times, where he was based in Northern Ireland, Portugal and the Middle East.

He moved to Beirut in 1976, a year after Lebanon’s civil war broke out, and continued to work and live from an apartment located on capital’s famed Mediterranean corniche until his death.

In 1982, he was one of the first journalists at the Sabra and Shatila camp in Beirut, where Christian militia slaughtered hundreds of Palestinian refugees.

Earlier that year, he was also the first foreign journalist to report on the scale of the Hama massacre in 1982, when then-Syrian President Hafez Assad launched an assault on the city in central Syria, levelling entire neighbourhoods and killing thousands in one of the most notorious massacres in the modern Middle East.

Fisk gained particular fame and popularity in the region for his opposition to the Iraq war, challenging the official US government narrative of weapons of mass destruction as it laid the groundwork for the 2003 invasion.

He was one of the few journalists who interviewed Osama bin Laden several times.

Fisk wrote several books, including Pity the Nation: Lebanon at War and The Great War for Civilisation: The Conquest of the Middle East.

“So sad to lose a true friend and a great journalist. The Temple of truth is gone,” said Marwan Chukri, director of the Foreign Press Centre at the Information Ministry in Beirut.