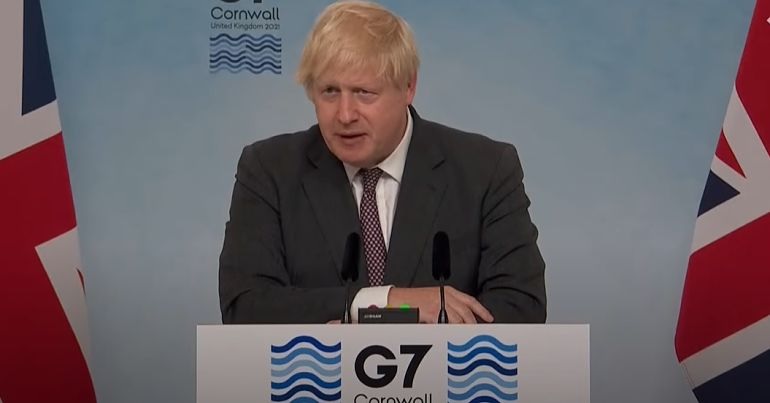 Tadpoles have emerged as unlikely pioneers who are putting the UK government’s G7 promise on biodiversity to the test.

At the recent summit, the government signed up to a range of “commitments to biodiversity and sustainability” in the G7 Nature Compact. Among its promises, the government has pledged to “dramatically increase investment in nature”, account for nature in all economic and financial decisions, and show leadership on “the protection, conservation and restoration” of critical ecosystems.

Enter the tadpoles. Researchers have found that a disease that is thought to have caused mass casualties in frog tadpole populations in the US has come to Britain. They warn that the discovery has “alarming implications for conservation, as many amphibian species are suffering catastrophic population decline” and have called for action.

As outlined in a paper published in Biology Letters, the researchers have confirmed the presence of a pathogen and linked disease in a UK captive population of European tree frogs. The pathogen is Pathogenic Perkinsea Clade (PPC) and it’s linked to the disease Severe Perkinsea Infection (SPI). SPI has been connected to mass die-offs of frogs in the US, and research suggests it’s among the top three infectious diseases for frogs and toads there.

The researchers tested 10 tadpoles from an aquarium in Surrey, after its owners contacted the team with concerns. A “pooled sample” of five of them had PPC, which is believed to cause SPI based on the “circumstantial evidence” available. The team also tested 81 tadpoles in Panama and found that 10 of them had PPC.

In the US, mass die-offs connected to SPI outbreaks have had mortality rates of up to 95%. The tadpoles affected developed lesions on multiple organs. The Guardian said that the disease causes bloating, which renders tadpoles unable to dive, and leads to “rapid death from multiple-organ failure”.

Amphibians are in steep decline around the world. The human-led causes of their demise include the climate crisis, disease spread fueled by trade, pollution and loss of habitat. A 2020 paper asserted that they make up “perhaps a fifth of the species extinct already or on the brink of extinction”. Most species found in the UK aren’t faring particularly well either. So the last thing they need is catching a disease with up to a 95% mortality rate.

Contagion is highly possible, however. In their paper, the researchers state that “captive-bred/farmed animals (and their pathogens) often spread from aquaculture to natural environments”. So they are calling for action. Namely, they want widespread screening of amphibians to take place, particularly for those subject to trade. The UK imports huge amounts of amphibians every year, along with many other wild animals. Data from the Animal and Plant Health Agency (APHA) showed, for example, that the country imported 2,492,156 amphibians between 2014 and 2018.

Amphibians play a crucial role in the ecosystems in which they live. They eat other animals, like mosquitos, that might spread disease. As tadpoles, they eat algae that could grow to blooms and damage the ecosystem. They’re also prey for birds and other animals.

So to ‘protect and conserve’ ecosystems, as the UK government has pledged to do, it needs to safeguard amphibians. ‘Investing’ in nature and ‘accounting’ for it in relation to economic decision-making in this situation specifically, means adding health and disease screening requirements to the wildlife trade in amphibians in the UK, which doesn’t appear to be the case currently.

Tadpoles aren’t the only wild animals worthy of the government’s attention in relation to its new commitments. There are many species in need of protection. Badgers are a prime example. But tadpoles are providing an early opportunity for the government to walk the walk in its new ‘Nature Compact’ commitments to biodiversity and sustainability. Whether it will is yet to be seen.