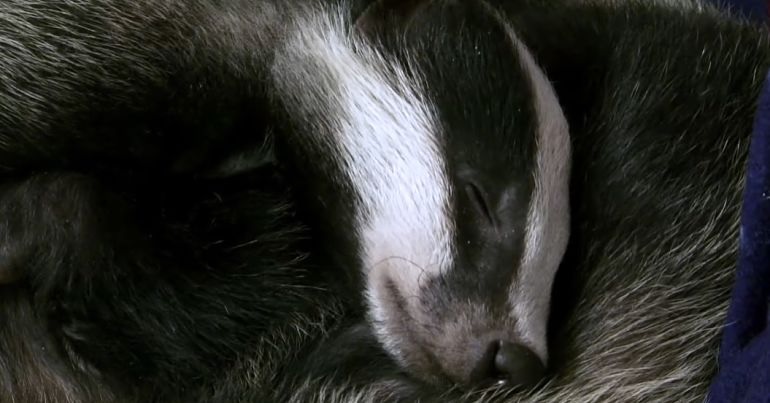 The Tory government announced that badger killing will go on for five more years in England on 27 May. The Badger Trust estimates that the government’s plan will cost a further 140,000 badgers their lives, on top of the 140,000 already killed. The latest window for the killing opened on 1 June, for which the government issued ten new licences in addition to reauthorising ten existing ones. That means badger cubs may well be slaughtered in the coming weeks, or they could be left motherless at a time when they’re still reliant on her.

As always, concerned and proactive members of the public will be doing all they can to protect badgers. The Court of Appeal at the Royal Courts of Justice has also given the go-ahead for a legal challenge against the government. So it will face its day in court over the continuing badger massacre.

When the end isn’t the end

In total, the latest licences allow for the massacre of around 14,000 badgers. The Badger Trust expects the government to greenlight the killing of 70,000 more badgers come the Autumn.

The government began its badger killing policy in 2013. Its justification for the killing, or ‘culling’, is that badgers transmit tuberculosis (TB) to cows. But the policy is deeply unpopular, and many argue its based on cherry-picked science and flawed claims. The evidence appears to back up those arguments. After the government claimed to be bringing about an end to the hated policy in 2020, many hoped the government was coming to its ecological senses. But no, under its ‘phasing out’ plan, the mass killing of a protected species, in one of the most nature-depleted countries on Earth, is due to continue for years.

The ecologist Tom Langton is bringing the case against the government. He previously mounted legal action against the policy in 2018. That case challenged the government’s expansion of the ‘intensive’ badger-killing programme to include “supplementary” licences, along with other issues. The government grants these supplementary licences to “cull zones” that have already intensively killed badgers for four years. They’re essentially permits for areas to keep killing a bit more. The government initially place a five-year limit on these licences. But it has now changed that, with the 20 supplementary licences it announced on 27 May limited to two years.

In his latest legal action, Langton is challenging an aspect of the government’s “next steps” strategy for tackling TB in cows, released in March 2020. The trial will put the government’s adherence, or lack thereof, to the 2006 Natural Environment and Rural Communities Act (NERC) under the spotlight. The NERC Act details the government’s statutory duty, along with that of public bodies like Natural England, to protect biodiversity and nature. It states that:

Every public authority must, in exercising its functions, have regard, so far as is consistent with the proper exercise of those functions, to the purpose of conserving biodiversity

In a statement to The Canary, Langton explained:

Defra’s 2020 policy simply ignored one of the two key study areas in Gloucestershire, where peer reviewed science shows that bovine TB spiked in 2018.

In its “next steps” strategy, the government said that “epidemiological analysis” for Gloucestershire, which started killing badgers in 2013, had shown that there was a 66% drop in TB incidences in cows. The analysis in question covered incidences between 2013 and 2017. But data from 2018, uncovered through a Freedom of Information (FoI) request, showed a 130% increase in TB incidences in the county’s badger killing zone. This further, more recent analysis doesn’t feature in the “next steps” strategy. Langton continued:

This is extraordinary on its own, but the High Court case that now has permission to proceed addresses the problem at the highest level possible. This is how allowing the mass destruction of a protected species to enable intensive livestock production, with all its uncertainties and wider implications, fits within governments wider statutory duty to conserve biodiversity under the 2006 Natural Environment and Rural Communities Act.

The ecologist added that:

Previous High Court testing of governments role in protecting wildlife from badger culls in 2017 found Natural England to be in breach of its statutory duty. This is likely to be the case with the 2006 NERC Act too and we hope to finally bring an end to cruel, unscientific and unnecessary badger culling this year.

Echoing the government’s assertions in the “next steps” strategy, environment secretary George Eustice said that killing badgers has “led to a significant reduction” in TB in cows on 27 May. He also stated that:

Bovine TB is one of the most difficult and intractable animal health challenges that the UK faces today, causing considerable trauma for farmers and costing taxpayers over £100m every year [in compensation payments to farmers]

However, the biodiversity crisis is by orders of magnitude set to be much more difficult, intractable, traumatic, and costly than bovine TB. The UN warned back in 2019 that authorities must do more to stem the “unprecedented” rate of decline of nature and “accelerating” rate of species extinctions. It said:

We are eroding the very foundations of our economies, livelihoods, food security, health and quality of life worldwide.

This is the challenge, along with the connected climate crisis, that the environment secretary – of all people – should be prioritising. Instead, the government is risking causing ‘local extinctions‘ of a species that is vital to ecosystems in the UK. It’s also doing so on the basis of inconclusive science (at best) and to protect a practice – cow farming – that in itself is often damaging for the environment (the industry is generally no picnic for cows either).

This government needs to get its priorities straight.