The government brags its 2020 badger-murdering spree was effective. But activists vow to stop the cull. - Canary 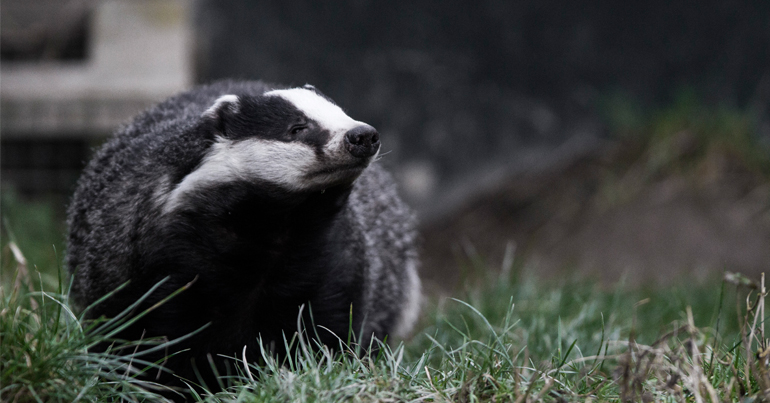 The government has released its latest figures from the UK’s annual badger cull, stating that the state-sanctioned murder spree was “effective” in 2020. The cull, which takes place between September and November, was already dubbed “the largest destruction of a protected species in living memory” back in 2018.

The final kill figure was a truly horrifying 38,642, the highest figure to date as was to be expected with 55 cull zones. The total figure in the 7 years of culling now stands at 140,991.

Activists argue that they will, ultimately, stop the cull

Throughout the 2020 culling season, animal rights activists all over the UK patrolled the countryside day and night to protect the badgers. Although the final number of murdered badgers is disgraceful, the number would have been much higher without the activists. In fact, a number of kill zones failed to reach their government-set target. The HSA explained:

of the forty two zones still in the first four years of culling sixteen failed to hit minimum targets. As usual the Government and NFU [National Farmers’ Union] moved the goalposts halfway through culling and quietly reduced the targets for zones, where it became clear that the original minimum target couldn’t be hit, in a desperate attempt to turn failure into success.

Lee Moon, Spokesperson for the HSA, argued that activists will, ultimately, be successful in stopping the cull:

As always the release of the cull figures is a sad time for those who fought so hard across the country and the final death total is difficult to comprehend. The consolation is that the figure would have been so much higher without their amazing efforts. The Government and NFU can rest assured that hunt saboteurs and all the other fine people fighting the cull will never let them have it easy and every new and existing cull zone, where they try and kill badgers, will be a brutal slog. Cages will be destroyed in their hundreds and marksmen will have to fight for every shot and ultimately, we will stop the cull.

No, the cull isn’t ending, despite what you have read

Last week’s newspaper headlines stated that the cull is to be banned after 2022. But this isn’t the case. In fact, almost identical headlines like this circulated in the mainstream media this time last year. As badger cull licenses are usually issued to last for four years, badgers will still be murdered in 2025.

no new zones will be licensed after 2022 meaning culling would still be taking place in 2025 across large swathes of the country.

Ecologist Rosie Woodruffe gave a more realistic interpretation of the Conservative party’s desire to wipe out badgers. Her analysis suggested that 276,045 badgers would be killed over the timespan of the current culling policy, of which 126,783 (46%) would be killed from this point forward, hardly suggesting that culling is effectively banned from 2022…

Address the root cause

Both the government and the National Farmers’ Union use badgers as a scapegoat, stating that they’re responsible for spreading disease. It is more convenient to argue that bovine TB in cattle is caused by badgers than it is to admit that intensive farming needs to change.

The Canary has repeatedly reported the evidence which shows that badgers aren’t the cause of bovine TB in cattle. And Steve Backshall, president of the Berkshire, Buckinghamshire and Oxfordshire Wildlife Trust (BBOWT), argued in the Witney Gazette that:

There has been no noticeable impact on bTB in cattle. With animals showing no visible signs of TB, and only 4 per cent of badgers infected, this is analogous to solving our current human crisis by wandering about the countryside taking out random people in the hope they might be carriers.

A spokesperson from Avon Against the Badger Cull told The Canary:

It is a point of protest that wildlife should be culled on the understanding that they spread a disease that is caused by the incarceration and intensive farming of cattle. This needs to be examined and dealt with at source. This situation is no different than the problem the world has had with various covids, including Covid 19. Human beings cannot continually turn a blind eye to the fact that animals – whether wild-caught and incarcerated or bred with deficient immune systems and incarcerated – suffer and become ill. I would rather go out and save one badger than stand by and not acknowledge what is the truth.

The fight against the cull is far from over, and activists will need more committed people to join them in trying to prevent more unnecessary murders in 2021.

Check out groups taking direct action against the cull, including Stop the Cull, Badger Action Network, and Underground Badger Syndicate.