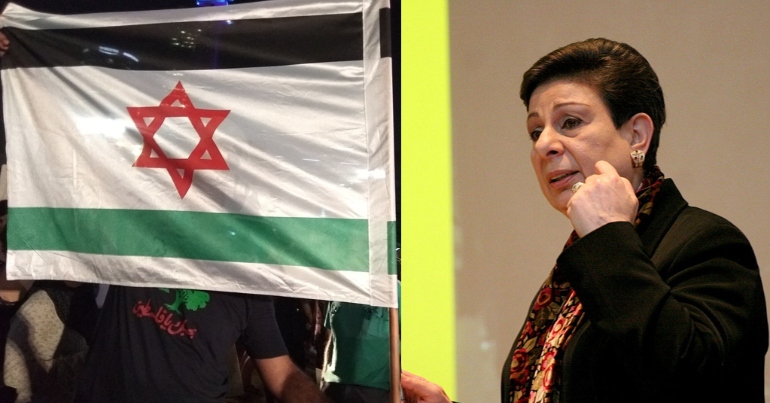 For decades, the most widely touted solution to the Israel-Palestine conflict has been based on two independent states. Known as the ‘two-state solution’, this proposal has enjoyed widespread support from the vast majority of the world’s nations, including the US and all of its European allies. It’s also the favored plan of regional and supranational institutions such as the European Union (EU) and the United Nations (UN).

In the wake of Israel’s latest massacre in Gaza, however, prominent former supporters of the two-state solution are beginning to express doubt about its viability. Some are even openly coming out in favor of the rival one-state solution. Formerly considered a fringe proposal within conventional discourse, the latter is now looking more and more mainstream. And given the high profile of some of its new-found proponents, there is the possibility that it might soon eclipse the rival two-state framework.

Another massacre in Gaza

As The Canary has been extensively reporting, the latest escalation of tensions in Palestine ended with a vicious Israeli assault on Gaza that has left hundreds of civilians dead, including over 60 children. Naturally, other media outlets have also provided continual coverage as events have unfolded on the ground. And alongside this coverage has come renewed interest in analyzing the causes of the Israel-Palestine conflict, its history, and the hopes for some kind of resolution.

In particular, this latest Israeli assault on a defenceless civilian population has rammed home how Israel operates in an atmosphere of near-total impunity. And this, in turn, has raised the question of whether Israel can be plausibly characterized as committed to the two-state solution and the wider framework of international law on which it’s built. Other aspects of Israel’s flagrant flouting of international law includes its building of settlements in the occupied West Bank. Infrastructure for these communities, meanwhile, is being built only for use by Israeli settlers, which has opened Israel to the charge of practicing a system of ethnic apartheid.

Two-states the only available route?

In light of these facts, some of the figures now doubting this notion are people who have themselves been firmly in the ‘two-state’ camp up until now. Hanan Ashrawi, for example, is a former member of the executive committee of the Palestine Liberation Organization (PLO). Until recently, she had been a staunch adherent to the two-state framework for resolving the conflict. In a 2017 debate hosted by Medhi Hasan on Al-Jazeera, she argued that the Palestinian people had settled for two-states due to political realities:

I do not believe that this is the best way, I believe that’s the available way. … it’s a solution that the Palestinians had agreed to as a result of a long, painful discussion, internal debate, and a painstaking debate to agree to the principle of partition and to accepting two states on the historical land of Palestine. We made this compromise in order to prepare the ground for a new relationship, for peace and stability within the region.

The one-staters quite often give the occupation a free pass. They say, ‘OK, you can continue because we know that ultimately it’ll be a demographic issue’.. It’s not going to be a bi-national state.

This seems pretty unequivocal. But in a recent interview with RT, Ashrawi completely changed tack and argued that the two-state solution is dead. She said:

I think the two-state solution is dead. [Palestinian Authority president] Mahmoud Abbas… has really cast his lot with the international community, with international law, with a negotiated settlement, with ‘let’s… work and show how peaceful, and nice, and cooperative we are’ – that agenda has been destroyed by Israel – by Israeli actions – because Israel did not comply with any of its obligations.

Israel felt that it can just say, ‘we are in the middle of talks’, or ‘we are negotiating’, or whatever, and at the same time continue to steal more land, more resources, build more settlements – which are war crimes in accordance with the ICC… Rome statute – and continues to kill and demolish and carry out a comprehensive ethnic cleansing plan. … Thinking that, ‘it’s OK, we will negotiate sooner or later’. This is not the case.

Not the only one

And she isn’t the only one who is coming out against the two-state solution. A May 23 article in USA Today, titled Casualty of Israeli-Hamas fighting: The Palestinian two-state solution?, points to several experts who are now abandoning hope for the two-state settlement. This includes Joost Hiltermann of the Middle East with the International Crisis Group, who said that though he still considers it “the best option out there” he now thinks “it may no longer be possible”. It also reports on comments by former Jordanian foreign minister Marwan Muasher. At a forum hosted by the Carnegie Council for International Peace, Muasher said:

We are already in a one-state reality. …

The question is becoming increasingly: Is this reality going to turn into an apartheid state or a democratic state?

Almost unbelievably, none other than former US president George W. Bush said last month that achieving a two-state solution will be “very difficult at this stage”. Bush, though a Republican who spearheaded the invasions of Iraq and Afghanistan, became something of a progressive on Palestine (at least by the standards of other US presidents). In 2002, he became the first serving US president to pledge US support for the two-state solution. At the time, this seemed like a move in the right direction given that previous US presidents hadn’t even indicated support for a partitioned Palestinian state in part of historic Palestine. And toward the end of his second term in 2008, he even called on Israel to end the occupation of Palestinian land.

Others didn’t need to wait until this latest massacre to embrace the one-state solution. Peter Beinart, for example, went through a noisy and dramatic transition from being a staunch supporter of Israel at the arch-Zionist magazine the New Republic to being a liberal Zionist supporter of the two-state solution. He maintained this position for years, but last year declared his support for a one-state solution in a long essay at Jewish Currents. He wrote:

The painful truth is that the project to which liberal Zionists like myself have devoted ourselves for decades—a state for Palestinians separated from a state for Jews—has failed. The traditional two-state solution no longer offers a compelling alternative to Israel’s current path. It risks becoming, instead, a way of camouflaging and enabling that path. It is time for liberal Zionists to abandon the goal of Jewish–Palestinian separation and embrace the goal of Jewish–Palestinian equality.

Regarding the question of whether a one-state solution is realistic, an ongoing criticism of one-state supporters, he responded:

Today, two states and one equal state are both unrealistic. The right question is not which vision is more fanciful at this moment, but which can generate a movement powerful enough to bring fundamental change.