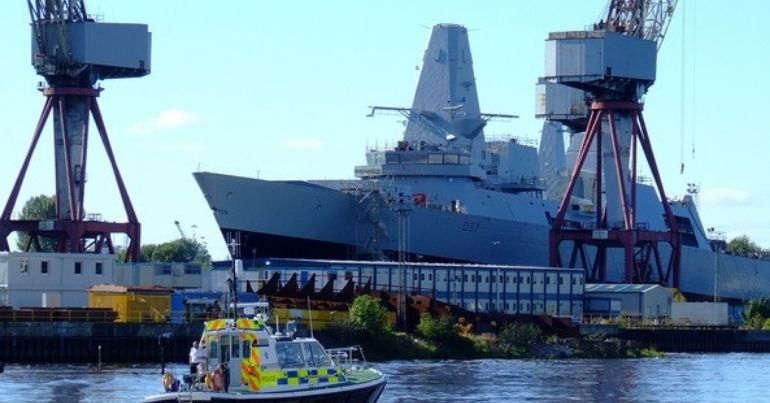 Their roles will include looking after ships in harbour, creating cordons, and guiding vessels in and out of port. 16 will go to MOD police and two will head to Gibraltar, a key UK military outpost in the Mediterranean. They will be bullet proof and equipped with surveillance equipment.

The constant waterborne patrol and policing at UK Naval Bases will include HMNB Portsmouth, HMNB Devonport and HMNB Clyde, as well as the Gibraltar Naval Dockyard.

This £36 million investment allows our MOD Police and Gibraltar Defence Police Forces to enhance the vital security service they provide to our military bases at home and overseas.

Designed and constructed by maritime experts in the UK, this contract reaffirms our commitment to invest in homegrown industry knowledge and support the protection and creation of skilled jobs.

The MOD Police are a civilian police force which protects military assets. The boats will replace their existing fleet. The unit recently took a key role at the G7 Summit in Cornwall. A Forces News article from 11 June suggests that the MOD Police Marine Unit was involved in G7 security.

A senior officer in the unit said at the time:

The MOD Police logistics team have been heavily involved in the planning of the maritime operation, involving not just our own assets but those belonging to our Home Office force colleagues.

As the Canary has reported recently, many local residents have been deeply concerned about the securitization of the area during the summit.

Two firms appear to be the main beneficiaries of the contract. One is Maritime Specialised Technology (MST), based in Merseyside. The other is The BMT Group.

Specifically designed to reduce fuel consumption and improve operational efficiency, our new high-speed vessel design, with @MSTGroupGlobal has been selected by the UK @DefenceHQ for operations across the UK.

A Campaign Against Arms Trade (CAAT) database lists the BMT Group as having had export licences for Colombia and Myanmar. The same database suggested historical ‘revolving door’ links between the BMT Group and senior MOD, GCHQ, and National Archives figures.

According to one 2016 document, MST has offered “sales and support services” in 21 countries. These have included Oman, Russia, Brazil, and China.