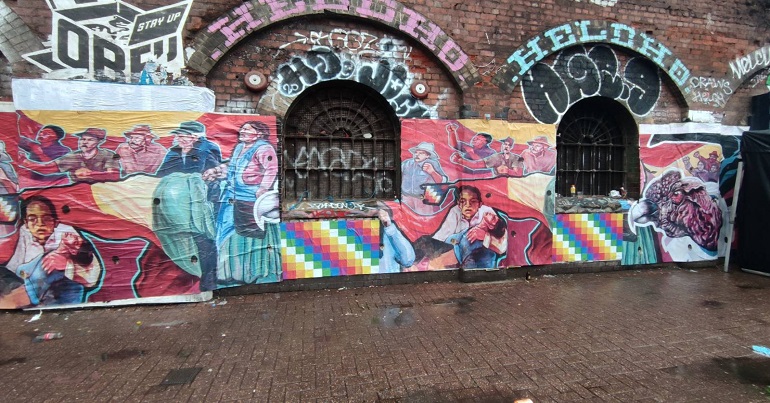 On 10 November 2019, the democratically elected government of Evo Morales in Bolivia was overthrown by a US-government supported military coup. The coup regime, also supported by the UK and the European Union, presided over mass human rights violations and was met with widespread resistance from social movements in Bolivia.

This pressure ultimately led to new presidential elections in October 2020 which resulted in the defeat of the coup with Morales’ party Movement Towards Socialism (MAS) winning a landslide victory in the first round. The MAS’s Luis Arce assumed the presidency on 8 November 2020, almost exactly a year after the coup against Morales.

In March 2021, the Arce government arrested former coup dictator Jeanine Añez, who presided over the widespread repression of pro-democracy forces in Bolivia when in power. The European Parliament have called for Añez’s “immediate release”. 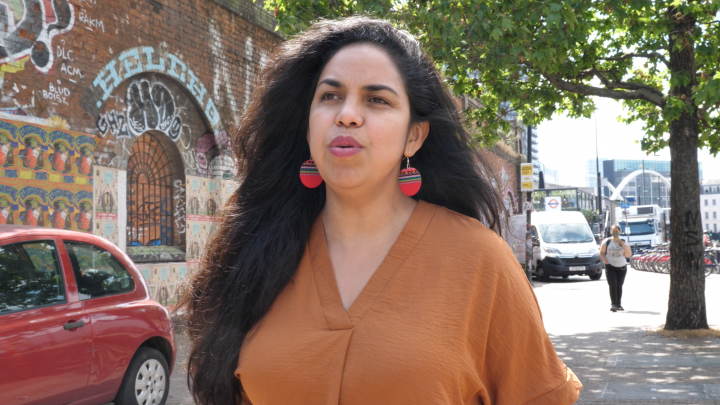 14 Days of Resistance is a two-week long series of events that will discuss Bolivia’s coup, the role of foreign powers, and the continuing search for justice for its victims. Claudia Turbet-Delof, one of the event’s organisers, spoke to The Canary:

This event is part of a global campaign to demand justice for the victims of the human rights violations committed by the coup regime in Bolivia. It began this morning in Shoreditch, London with a poster replica of a mural done in Bolivia’s capital La Paz in memory of the coup’s victims and to honour the resistance against the violent coup. It is organised by two UK-based Bolivian collectives Wiphalas por El Mundo and Suma Qamaña UK and we helped fundraise for the murals painted in Bolivia by artist Leonel Jurado a.k.a Wilka, who was himself persecuted by the coup regime. We feel very strongly about showing images on the impact of European interference in Bolivia.

At the moment, a small section of Europe is trying to deny what happened in Bolivia, and it’s for this reason that we created 14 Days of Resistance, which is two weeks where we say no to European interference and we show the mural of the victims of the coup d’etat. What we hope to do is to show the UK and to show Europe, what is the impact of interference from Europe, in countries like Bolivia and in Latin America as a region.

This event is also a response to a lack of honest coverage about the coup and its aftermath by the mainstream media in counties such as the UK. The mainstream media played a massive role in its silence about the coup and effectively became an ally of the coup, because they didn’t want to show and refused to show what was really happening in Bolivia. 37 people were killed, mostly indigenous people, over 1000 people were injured and 1,500 plus were imprisoned or politically persecuted. All this was largely ignored by the mainstream media. And this is why we wanted to make it as public as possible, by having this mural replica on a 30 meter wall here in the UK, to show what was the effect of foreign interference for a country like Bolivia – a horrendous, bloody coup that affected thousands of people.

‘14 Days of Resistance’ runs from Friday 18 June to Saturday 3 July and includes a range of online panels exploring coup, the role of foreign powers, and the continuing search for justice for its victims. For more information click here.