Osime Brown’s case is a reflection of the UK’s racist, ableist state and its institutions - Canary 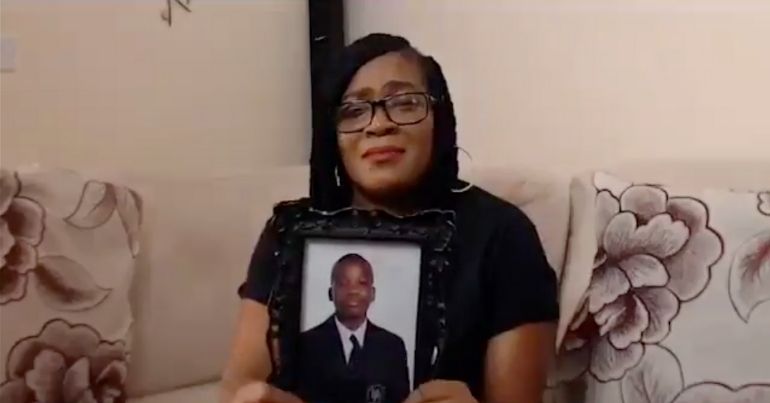 On 15 June, Osime Brown’s mother announced that the Home Office has dropped the deportation case against her 22-year-old autistic son. This is a victory for Brown’s family and all those who campaigned against his planned deportation. But Brown suffered immense trauma at the hands of institutions that should have supported him. His case reflects the injustices that young people, Black people, and autistic people experience due to the UK’s racist, ableist state and its institutions.

Osime Brown is a young, Black, autistic, learning disabled man who suffers from a heart condition. He arrived in the UK when he was four. Brown was facing deportation having been sentenced to five years in prison for a crime he did not commit. He has since been diagnosed with depression and post-traumatic stress disorder as a result of his ordeal. Explaining the gravity of his situation, Brown’s mother Joan Martin told the Independent: “If he is deported he will die”.

In February, over 30 MPs signed a letter calling on home secretary Priti Patel to stop the planned deportation. Brown’s mother, and campaign groups such as Free Osime Brown and No More Exclusions, led calls for the Home Office to withdraw Brown’s deportation order. Following protests in London and Glasgow, on 15 June Martin announced that the Home Office has dropped her son’s case. She said:

To all our wonderful supporters, who have been with us throughout this long, and painful ordeal, who believed in justice, fairness, dignity and a country that is welcoming to everyone, no matter what the colour of their skin: We thank you.

I hope this is a reflection and learning curve for people in power, to know that they are dealing with real people, real lives, and when they make wrong choices or decisions people are injured, sometimes to a point of no return.

A series of institutional failings

According to Brown’s mother, “his whole life has been like a conveyor belt, from bad to worse” due to negligence by the state and its institutions. She said:

I trusted Osime’s school, the care services, the police, legal system and the criminal justice system – but they all conspired against him because of his race and disabilities.

Throughout his life, the systems that should supposedly have supported Brown failed him. These failings cost him his liberty and nearly his life. Growing up, Brown didn’t receive the support he needed from his school and social services. Authorities problematised his needs and later used them to criminalise him. Brown was excluded from school aged 16. He was in care – having been moved 28 times by social services – when he was arrested and imprisoned under the joint enterprise doctrine. In prison he was subjected to racism, ableism, and violence. This led him to self-harm. Following his release from prison, authorities did not issue Brown with a care and support plan. According to Martin, the judge ruling on Brown’s deportation case refused to read his psychological report. Brown’s devastating case reflects the manifold ways in which Black and autistic young people are failed in the UK.

Brown was arrested and imprisoned in 2018 under the joint enterprise doctrine for the theft of a mobile phone. He did not commit this minor crime but witnessed it. The joint enterprise doctrine enables a court to jointly convict an individual for a crime they didn’t commit if they were present or aware it would take place. Highlighting the injustice of the doctrine, grassroots campaign group Joint Enterprise Not Guilty by Association (JENGba) explain:

With help from the media, there is a shared incorrect narrative that the Joint Enterprise doctrine is about gangs, broken Britain and the ‘alleged’ feral youth that needs to be served justice. This doctrine is a tool used by the police and the Crown Prosecution Service to imprison people to mandatory life sentences for crimes committed by others. People can be wrongly charged and convicted when they have been within close proximity of a crime, have a random connection with the actual perpetrator or via text or mistaken phone call or they might not even have been at the scene of the crime.

According to Law Gazette, a 2016 Supreme Court case found that judges had “wrongly interpreted” the law for 30 years. And campaigners have raised concerns that people who may have been present at a crime, but unaware that it would take place, have been wrongfully prosecuted under joint enterprise. This is particularly true for those with difficulties in foreseeing and avoiding such situations, such as young and autistic people. And research shows that Black defendants are disproportionately charged under the doctrine. Sadly, Brown was charged under this racist, ableist, deeply unjust law.

Having served time for a crime he did not commit, Brown lost his leave to remain under the 2007 Borders Act. Because he was sentenced to longer than 12 months in prison, the Home Office sought to deport him to Jamaica – a country he hasn’t set foot in since he was four.

In order to protect the public it is right that foreign nationals, convicted of crimes with prison sentences of 12 months or more, are automatically considered for deportation under the 2007 Borders Act.

The Home Office reviews all cases when new information is provided and all decisions are made in accordance with the law.

Brown’s case is not unique. In 2020, the Home Office sought to deport 50 people to Jamaica under the 2007 Borders Act. Campaigners reported that Lionel Shaw, one of the ‘Jamaica 50’ – a partially blind Jamaican man with no criminal convictions – was treated like an ‘animal’ while detained. Meanwhile, solicitor Jacqueline McKenzie has highlighted the ways in which the Home Office has treated victims of the Windrush scandal “with contempt” due to systemic racism. Indeed, the Home Office has been slow to pay compensation to those who lost their jobs, their homes, and access to healthcare.

In other cases, the Home Office has detained and deported people with a long-standing right to live in the UK. At least 11 of those wrongfully deported have died. Brown’s traumatic experience of detention and threat of deportation was the law working as it’s currently designed to. This situation would not be the case in a humane society.

Brown is finally safe and at home with his family, where he belongs. Campaigners are now calling for an enquiry into his wrongful conviction. But justice cannot be served. No amount of backtracking can undo the years of trauma that Brown and his family have endured. And the laws and systems that jeopardised his future continue to destroy the lives of young people, Black people, and autistic people in the UK.

We must fight to repeal the unjust joint enterprise doctrine and the 2007 Borders Act. More broadly, we need a total transformation of social services and the education, criminal justice, and immigration systems to ensure that the most vulnerable people in our society receive the support that they need and deserve. Brown should never have had to endure what he’s experienced. But if we don’t see change, more people most certainly will.