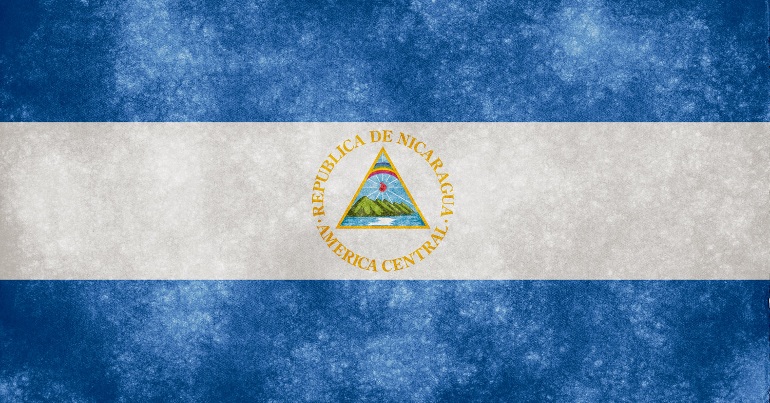 Nicaragua has been under heavy fire from the corporate-owned media lately. The government of Daniel Ortega has arrested several opposition figures in the midst of an upcoming election. The US government and corporate media have been expressing their outrage about what they consider to be the growing dictatorial nature of the Ortega ‘regime’.

But there is more to the story than they let on. A deeper investigation shows that the situation is not as clear-cut as they make out. And as is so often the case with Latin America, it falls to independent media to add some nuance and balance to the flagrantly right-leaning and pro-Washington coverage of the corporate-owned press.

Predictable one-sided coverage from CNN, the Washington Post, and the Guardian

On 9 June, CNN reported on a series of arrests of leading opposition figures in Nicaragua. It claims that this forms part of a long-established pattern within the Central American country, stating that “Ortega’s government has in the past not shied away from cracking down on the opposition”. The report even repeats a former Costa Rican president’s characterization of the saga as “the night of the long knives in the tropics” – a reference to Adolf Hitler’s purge of political rivals within the Nazi Party in 1930s Germany.

A week later on 15 June, the Washington Post and the Guardian both reported on further arrests made by Ortega’s government. Most of the Post’s article was taken up by an anecdote about the arrest of one of these opposition figures, Juan Sebastián Chamorro. The Guardian, meanwhile, characterized the arrests as an “unprecedented crackdown on the country’s opposition” that forms part of “an apparent attempt to crush any serious challenge in November’s elections”.

From reading these reports, one could be forgiven for thinking that Nicaragua has descended into an authoritarian nightmare bordering on the fascistic. But a deeper investigation shows that the situation is not nearly as black-and-white as these outlets make it out to be.

An opposition that’s bankrolled by Washington

First of all, we must keep in mind that Nicaraguan opposition have a history of being bankrolled by Washington. After all, both the right-wing opposition and dissident Sandinistas alike have received substantial funding from groups such as the Washington-based United States Agency for International Development (USAID) and the National Endowment for Democracy (NED). USAID is essentially a Central Intelligence Agency (CIA) front organization that has been heavily involved in US ‘regime change’ efforts around the globe. NED, meanwhile, was formed in 1983 with the explicit purpose to “do today what was done covertly 25 years ago by the CIA,” according to US historian Allen Weinstein.

Ever since Ortega’s party, the Sandinista National Liberation Front (FLNS), was brought back to power via an election in 2006, Washington has channeled tens of millions of dollars through USAID to help opposition groups destabilize the country and overthrow the government. One of the major recipients of this money has been the Chamorro Foundation, which was founded by the family of the very person whose arrest the Washington Post detailed. Other people arrested by Ortega’s government include:

Given the above, one then has to ask whether a country is obligated to tolerate the activities of organizations or individuals that take money from a hostile power (the US) with a long and prolific record of interfering in elections, propping up dictatorships, and even violently overthrowing governments that it doesn’t like all over the region. Needless to say, such behavior would hardly be accepted in the US itself given that treason is a capital crime according to US federal law.

Corporate media outlets, however, completely leave out this reality. Instead, they largely repeat statements from US-based supporters of regime change as if they were representative of global opinion. CNN, for example, claims that the arrests “sparked outrage among human rights organizations and foreign leaders”. But rather than telling readers who these “foreign leaders” are, they instead provide quotes from: US State Department spokesperson Ned Price, acting assistant secretary for US Department of State’s Bureau of Western Hemisphere Affairs Julie Chung, and the hardline Cuban-American exile House representative María Elvira Salazar. In other words, CNN tries to pass off US government spokespersons and a Republican Party congress member, all of whom make no secret of wanting to overthrow the Ortega government and replace it with something more obedient to US interests, as representing the “Global reaction” to the arrests.

The “human rights organizations” it quotes, meanwhile, are the Bianca Jagger Human Rights Foundation and Human Rights Watch. The latter has been notorious for taking a pro-State Department line on Latin America and even contains former State Department personnel on its board of directors. The former, meanwhile, is led by an anti-government partisan who supports imperialist sanctions on her own country. As The Canary reported in December 2018, Jagger has not only expressed support for the crippling US sanctions already in place but even called for the European Union, Canada, and other Latin American nations to issue their own set of sanctions as well.

Remembering the history of US intervention

It’s important to also remember the historical context of US meddling in Latin America, and especially in Nicaragua, which has suffered from Washington’s regime change efforts since the early 1980s. After overthrowing the brutal US-backed Somoza dictatorship in 1979, the Sandinistas, as they are colloquially known, faced a violent attempt from Washington to replace them with a pro-US government.

Washington even established a ruthless paramilitary organization called the Contras, which waged a protracted dirty war against the Sandinista government and civilians alike. Renowned for their ruthlessness, the Contras committed human rights violations including murder, kidnappings, and torture, and certainly met the US government’s own definition of ‘terrorists’. In short, the Ortega government can hardly be blamed for charging opposition figures who take US money with “inciting foreign intervention”.

The likes of CNN, the Washington Post, and the Guardian, however, completely gloss over both this historical context and the funding of domestic groups that facilitate US intervention. We shouldn’t be surprised at their brazenly anti-government stance, though. The Guardian and Washington Post, in particular, have been notorious for their one-sided coverage of Nicaragua.

During an earlier round of anti-government protests in 2018, for example, the Guardian flagrantly misrepresented the situation by portraying the government as the sole committer of human rights abuses. As The Canary reported at the time, an open letter to the Guardian‘s editors signed by over a score of public intellectuals stated:

despite plentiful evidence of opposition violence, almost all your 17 reports since mid-April blame Daniel Ortega’s government for the majority of deaths that have occurred

The Open Letter To The Guardian On Its Wildly Inaccurate Coverage of Nicaragua added that the publication failed to report murders of government supporters committed by opposition supporters. These killings numbered at least 21 and went alongside recorded cases of attacks on public buildings and homes of government officials committed by anti-government actors.

One of the letter’s signatories, human rights lawyer and professor at the University of Pittsburgh Dan Kovalik, said to The Canary:

I am convinced that the mainstream coverage of the situation there represents the greatest misinformation campaign I have ever witnessed.

There has been no mainstream coverage I have seen about the violence perpetrated by the extreme opposition, though that violence has been substantial.

Clearly, mainstream outlets like CNN, the Washington Post, and the Guardian can’t be trusted to cover Nicaragua in a balanced and fair-minded way. Because, as we can see, they consistently and flagrantly misrepresent the situation in order to provide a smokescreen for Washington and its internal proxies. The need for independent media to cut through the propaganda and add some balance, therefore, becomes greater with every passing day.