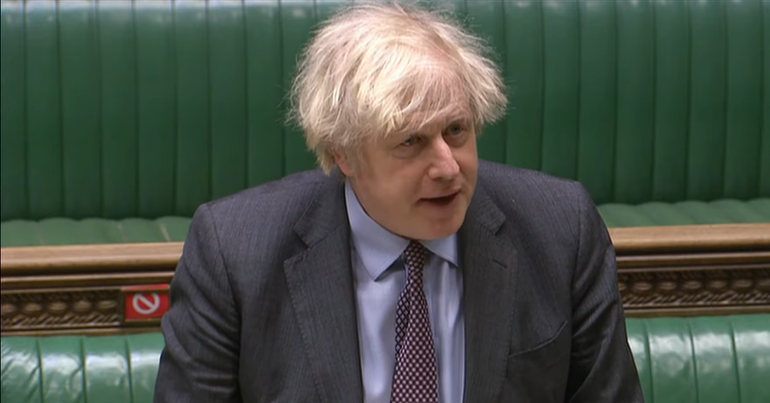 On Wednesday 16 June, in answer to a question about the coronavirus (Covid-19) Delta variant, Boris Johnson gave incomplete, if not misleading information. No surprise there. In this instance what Johnson was trying to hide was his government’s abject failure to delay the outbreak of this variant. The tragic consequence of that failure will be many more deaths.

On 16 June, during prime minister’s question time, Labour leader Keir Starmer asked Johnson if keeping borders open added to the spread of the Delta variant in the UK.

We put India on the red list on 23 April, and the delta variant was not so identified until 28 April and was only identified as a variant of concern on 7 May.

However, Led By Donkeys tweeted a video the day before suggesting a more nuanced timetable from 24 March onwards. It points to the Johnson government’s failure in dealing with the Delta variant threat:

The Prime Minister talks about the dates. Let us go through the dates. On 24 March, a new variant was reported in India. On 1 April, India was reporting over 100,000 new infections a day, and rising. But the Prime Minister kept India off the red list until 23 April. In that time, 20,000 people came into the UK from India. What on earth did the Prime Minister expect would be the le showing location ofconsequences of that?

According to one expert, Delta’s parent variant B.1.617 dates back to October 2020. Sharon Peacock, director of COG-UK and University of Cambridge professor of public health and microbiology, said:

Meanwhile, a 25 April update by the World Health Organisation clarified that B.1.617.2 (Delta variant) was first identified in December 2020.

6. Figures from the Civil Aviation Authority suggest that at least 20,000 passengers who could have been infected with the Delta arrived from India in the time India was left off: https://t.co/MhaKK6KGXw

Sky News reported that between 4 April and 2 May the number of Delta cases among travellers from India to the UK rose to 40.9%. The Mirror further reported that:

Between March 25 and April 7, 3,391 travellers who flew from India to England were tested for Covid. Of the 172 who tested positive, around half (52%) were thought to have variants of concern or variants under investigation.

The Mirror added that “between April 8 and April 24, 3,212 travellers” from India to the UK were tested for the virus. Moreover, “61% of those [were] thought to have variants under investigation or of concern”.

On 9 April, the government added Pakistan, Bangladesh, the Philippines, and Kenya to England’s red list. But India, where coronavirus cases were soaring, wasn’t added to the list.

1. The situation in India is very bad and worsening. https://t.co/SNd4D5dRPR…

It is frankly insane that Bangladesh and Pakistan are on the UK travel red list countries but India is not. https://t.co/63g57SyfFI pic.twitter.com/s707fiRUhP

But it wasn’t until 23 April that a travel ban between India and the UK came into force. At the time Johnson seemed more concerned with his post-Brexit deal, which allows young Indians to live and work in the UK.

Misleading parliament is arguably no different to telling lies. And in a just world, it ought to be a resignation matter. But Johnson is an inveterate liar, and it seems he can say whatever he wants and still get away with it.

Indeed, he has lied to parliament on numerous occasions. You only have to look at this list of 60 lies to see how wide-ranging his deceitfulness is.

That’s not forgetting the numerous cases of ‘cronyism’. Or perhaps a better term is institutionalised corruption – as our Investigations team has been reporting.

But this isn’t just about government deceit.

There’s a practice in scientific circles called horizon scanning. According to the Horizon Scanning Experts Blog, it’s a “heavily data-driven activity requiring a meticulous process of collecting information and evidence, interpreting and validating the findings, and using them to make informed decisions and policies”. In other words, it’s the opposite of closing the stable door after the horse has bolted.

The latest Public Health England report states that the number of UK Delta variant cases has now exceeded 75,000. Had the government practised horizon scanning in regard to the emerging variants, the UK may have stopped travel to and from India well before 23 April. And so, Johnson would have bought time for far more of the population to have been vaccinated, providing greater protection against the variant.

At the end of a Twitter thread on the coronavirus roadmap and the Delta variant, Pagel concludes:

23. The policies that allowed Delta to become dominant in 8 weeks & lack of govt interest in actually reducing cases, will now lead to more ill health, more strain on the NHS and more deaths.

We should be furious. /END

We should all be furious. Though that will not be enough.