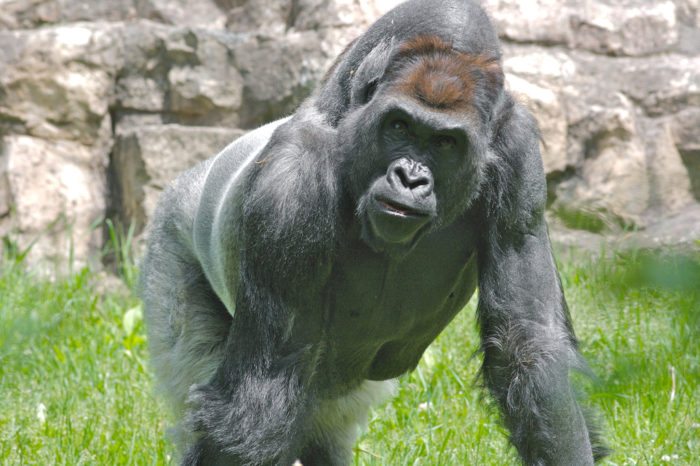 Conservationists are reacting critically to news about a gorilla escaping from its enclosure at London Zoo. The Born Free Foundation says that an urgent inquiry is needed into the welfare of captive great apes.

The danger of captive gorillas to people

The conservation charity adds that, although the western lowland silverback’s escape did not endanger the public, it “could have ended very differently”.

Indeed, interactions between people and captive animals in zoos do not always end well. The events surrounding Harambe the gorilla are still prominent online. As legendary as the Harambe meme still is, his encounter with a young boy still spoke volumes about the issue of animals in captivity.

As an article in Psychology Today pointed out, it is difficult to predict and know the intentions of a captive gorilla interacting with a human child. If Harambe wasn’t shot, the child could have been killed. And in the case of the London Zoo gorilla escape, the consequences could have been dire if he had made contact with the public.

Malcolm Fitzpatrick, curator of mammals at the zoo, commented:

He did not smash glass to get out of his area. He got out of his back den area into a secure keeper area.

The zoo added that the gorilla is a “gentle giant”. But as reassuring as these statements are, they are somewhat misleading. Last year, video footage showed a gorilla in a Nebraska Zoo successfully cracking the reinforced glass. And there is little ‘gentle’ about this gorilla – with some weighing up to 275kg – launching itself against the reinforced glass of its enclosure and terrifying members of the public. The general curator of the zoo said it was a sign of asserting dominance. But still, it’s a bit too close for comfort. Do we have to wait for a disaster until action is taken?

This incident at London Zoo also raises a deeper question about why gorillas are in zoos in the first place, and why they might feel a need to escape. If this gorilla was actually trying to escape, why might that have been?

The morality of zoos called into question

Animal rights advocates (such as philosophers Dale Jamieson and Tom Regan) and organisations, such as People for the Ethical Treatment of Animals (PETA), have long argued against the very existence of zoos. They are an institution seen as one example of many in the exploitation of animals. As much as we enjoy seeing wild animals in zoos, it is argued that this enjoyment comes at a very serious price.

Fitzpatrick from London Zoo reacted to the gorilla escape by stressing that the zoo is involved with many conservation projects and animals have a “very good quality of life”. But these arguments are hard to square with certain facts about wild animals in general. For example, the average lion or tiger has 18,000 times less space in captivity than in the wild; polar bears a million times less. Meanwhile, African elephants live three times longer in the wild than in captivity.

Specific needs of gorillas, such as roaming space, can never be met in a zoo. And the health effects of captivity on wild animals are evidenced by the fact that animals, such as African elephants, live a significantly shorter life in an enclosure than a natural existence in the habitat to which it has evolved.

In the case of humans, it is recognised that frustrating natural needs results in unbearable suffering. For example, humans are naturally a social species, and this is why solitary confinement takes such a heavy toll on the mind. To assume that the same doesn’t hold true with non-human animals is considered a form of speciesism.

There is ample evidence to support the notion that animals experience psychological suffering in zoos. In the UK, 54% of captive elephants experience behavioural problems; lions spend 48% of their time pacing (also a sign of behavioural issues), and depression is also common among animals harassed by visitors.

On the point of captive animals being useful for research purposes, philosopher Dale Jamieson says:

…the claim that captive animals are more interesting research subjects than those in the wild is not very plausible.

And returning to Mr Fitzpatrick’s point on conservation, London Zoo might be included in the less than 1% of zoos that are engaged in effective conservation efforts, or one of the few institutions in Europe not reducing the genetic integrity of these animals, and in turn, creating “no conservation value”.

On the other hand, Jamieson maintains that zoos “continue to remove more animals from the wild than they return”. And as philosopher Bryan Norton highlights, putting a captive-bred animal in the wild is:

equivalent to dropping a contemporary human being in a remote area in the 18th or 19th Century and saying, ‘Let’s see if you can make it.’

The London Zoo gorilla escape draws attention to many issues associated with zoos, including potential dangers to people, the welfare of the animals, and ineffective conservation. If Born Free gets the inquiry that it wants, we might have to reconsider whether it still makes sense to keep great apes in captivity.