This viral video perfectly sums up what's wrong with education today, and how we can change it - Canary 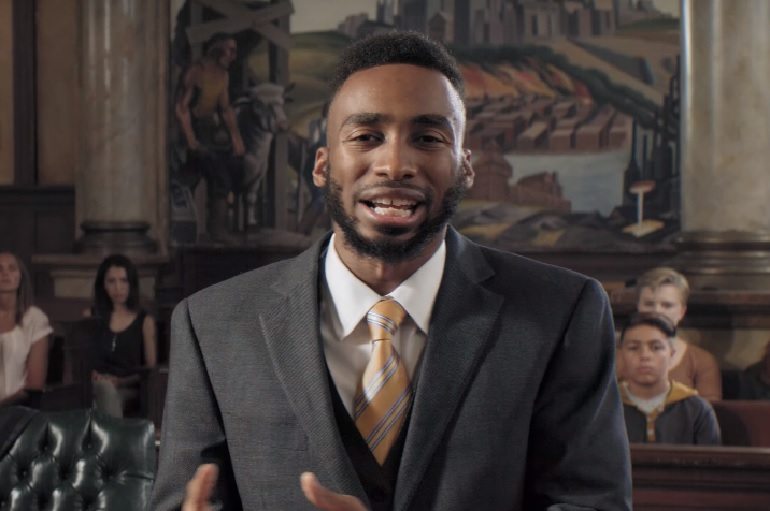 In a viral video that’s been doing the rounds in the last couple of weeks, spoken word artist and activist ‘Prince Ea‘ slams the status quo in many of the world’s education systems. In his powerful and poetic piece which viewers have shared millions of times, he sums up exactly what’s wrong, and how we can (and must) change it.

What education is, and what it needs to be

He starts with a quote often attributed to Albert Einstein:

Everyone is a genius. But if you judge a fish by its ability to climb a tree, it will live its whole life believing that it is stupid.

Prince Ea – the stage name of St. Louis, Missouri native Richard Williams – uses this quote to attack the test-heavy factory-farming approach to education adopted by many countries in the world, including the UK and the US. And he uses it as the basis for an imagined courtroom hearing, saying:

I call school to the stand and accuse him,

Of killing creativity, individuality, and being intellectually abusive.

He also sets out an alternative, arguing that education needs to change with the times:

The world has progressed, and now we need people who think creatively, innovatively, critically, independently, with the ability to connect.

The failure to value teaching professionals

… If a doctor prescribed the exact same medicine to all his patients, the results would be tragic…

Yet when it comes to school, this is exactly what happens.

Here, he’s pointing to the lack of freedom that teachers often have to adapt classes in the most effective way for their individual students.

Teachers, he says, “have the most important job on the planet” and “should earn just as much as doctors”. But far from appreciating their expertise and efforts, politicians force them into restrictive boxes:

Curriculums are created by policy makers, most of which have never taught a day in their life. [They’re] just obsessed with standardised tests. They think bubbling in a multiple choice question will determine success.

How to empower teachers

Williams then insists that we should give “every gift” (i.e. each child’s abilities) an equal chance to develop. And he cites the Finnish example as one of the best ways to achieve this:

They have shorter school days.

And they focus on collaboration – instead of competition.

As The Canary has argued previously, there are other realities in the Finnish education system worth pointing out. The Guardian, for example, speaks of how teaching has become “a highly prized profession” in Finland. Teachers train hard to get a Master’s in education, and they must show a real passion for the profession. Then, once they’re educational experts, they’re free to use their expertise how they see fit, and are free from external requirements like inspections, standardised tests, and government interference.

And as Williams reminds us, the Finnish system “outperforms every other country in the world”.

He then concludes with urgency, saying:

There is no single solution, but let’s get moving.

Because while students may be 20% of our population, they are 100% of our future.

You can listen to Prince Ea’s full argument here:

– In the UK, you can write to your MP to ask them to ensure teachers receive the respect, training, and freedom that they (and Britain’s children) deserve.