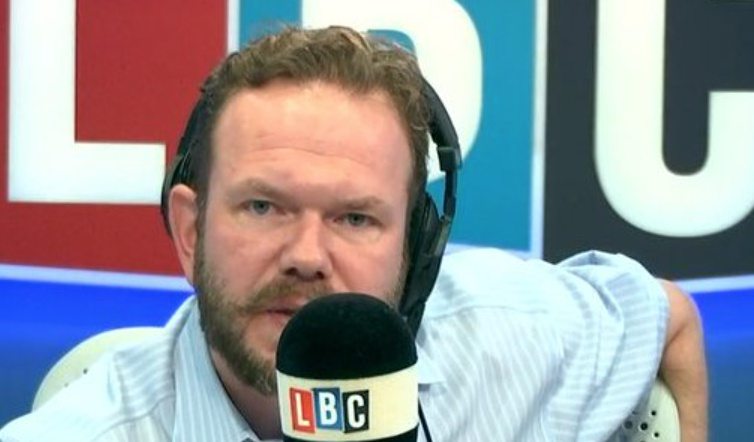 A caller to the James O’Brien show on LBC radio choked up when he described how he would apologise to his 13-year-old son for voting Brexit. Whichever side of a debate you fall on, this moving conversation captured exactly the kind of open discussions we need more of, post-referendum – between those who voted Leave and those who voted Remain, and between those who regret their vote and the many who don’t.

Rich, the caller, began by saying that he felt he’d “made a mistake” and spoke about his background:

I feel like I’m articulate. I’m well read. But to be sucked in by these lies. I mean, I’m ex-forces. And I thought, you know what? It’s almost as if to be patriotic, you’ve got to vote Brexit.

I love the NHS. To love the NHS, you’ve got to vote Brexit, because we’re going to give more of this money.

The claims over NHS funding suggested that Brexit would provide much-needed money for our health services. But not only was the £350m figure we pay into the EU touted by the Leave campaign inaccurate, given it didn’t take into account the rebate the UK receives, it took just a matter of days before the politicians who made the promise admitted it was a mistake.

None of this stopped Boris Johnson travelling around the country with his big red bus proclaiming:

We send the EU £50 million a day. Let’s fund the NHS instead.

Rich said he felt “let down” and asked: “Why didn’t the Remain campaign step up and try harder?”

Part of the reason is the media. So, I think you’re right. I think the Remain campaign was complacent and misguided and, in many ways, inadequate. But don’t forget what the newspapers were doing and what most people in my kind of work were doing. They were putting so much effort into this and putting out those meaningless soundbites about taking back control. I don’t want you… or anyone else to describe themselves or feel that they’re stupid, because there’s nothing stupid about believing people you trust.

Media mogul Rupert Murdoch was desperate to leave the EU, and this was reflected in the headlines and editorials of his papers. The mainstream media often simply failed to cover the Remain campaign. For example, when asked why he was silent over Brexit, Labour leader Jeremy Corbyn replied:

It’s partly down to the media and how they report.

The caller went on to tell O’Brien:

The penny dropped a while back and it’s been rattling around for ages. It took me a few weeks to actually get the moral fibre, the backbone to say I was wrong. And I voted wrong.

He followed the statement with:

And I was one of the guys who sat there and said we’d take back control. And I’m thinking what the bloody hell does that even mean, James? What does that mean? Take back control. I’m a lorry driver. All I know is fuel prices are going to go up. It means my boss is going to pay more in diesel; it means I’m not going to get a pay rise.

I love you. I need you in my life, Richard. Because you just described what I presume is happening to lots and lots of people. But that phrase you just used, ‘find the backbone to admit it’, that’s a beautiful, beautiful thing.

Whatever side of a debate you fall on, it takes courage and honesty to admit making mistakes and admit you were wrong. And whether you’re a Leave or Remain voter, left wing or right wing, it is this honesty that is needed to break down the current toxicity in British politics.

But Rich went further and explained his need to apologise to his son:

How many people are listening to me now talking, who are thinking: ‘you know what, we’re the same as Rich, but can’t admit it to myself’? My lad’s 13. When he’s older… I will apologise to him. I will say sorry to him.

O’Brien told him not to “feel bad” and asked:

Did you see how many people, the morning the result dropped, actually Googled: “What does it mean? What is the EU?”? Presumably an awful lot of people who just voted to leave went: hang on a minute, what have we done?

Rich admitted he was one of those people and added:

Secretly, thinking back now, I wanted to be that person – when we stayed in Europe – to say ‘Well, I voted out’.

When I put my cross against Leave I felt a surge, as though for the first time in my life my vote did count. I had power. Four days later ,I don’t feel quite the same. I have buyer’s remorse. A sense of be careful what you wish for. To be truthful, I am fearful of what lies ahead.

The interview ended with raw emotion.

And now… My partner: she’s mixed race. My extended family on her side are all different nationalities, you know: Canada to Malaysia. I don’t know, mate.

Shall we hug it out?

Seriously, I’ve got a lump in my throat, and I’ve got a tear in my eye. I’m just worried… it takes a lot to admit it.

Caller chokes up as he tells James O’Brien that he “feels stupid” for voting Leave – and will say sorry to his son https://t.co/eF3HI0Fcgc

And it’s this emotional intelligence between the caller and O’Brien which makes this interview so moving.

Many parts of the EU referendum campaign were based on hatred, manipulation and lies. But as O’Brien says, “there’s nothing stupid about believing people you trust”.

While there has been an explosion in post-Brexit hate crime, those figures do not represent the majority of people. And unless we all start talking to each other without recrimination and start building a different vision, we won’t be able to move forward at all.