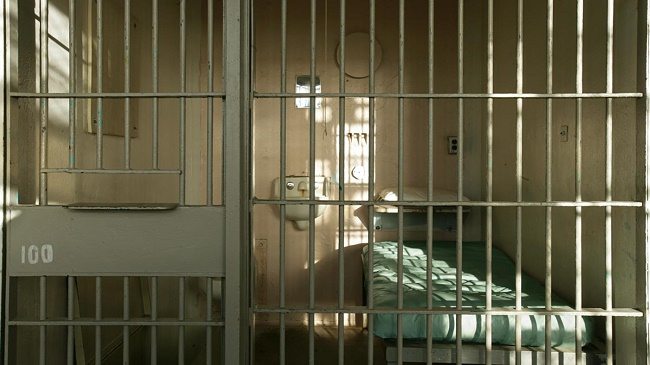 A Conservative councillor has caused outrage on Twitter after launching a bizarre petition in the wake of the Brexit vote. Christian Holliday, a Tory councillor from Guildford, wants anyone who calls for the UK to rejoin the EU to be charged with treason – a crime that carries a maximum sentence of life in prison. And it comes as the Tory government also faces a backlash after announcing it’s considering paying for bankers to have access to the EU single market.

Holliday has added the petition to the government’s official website. Called “Amend the Treason Felony Act to make supporting UK membership of the EU a crime”, it wants:

The Treason Felony Act [to] be amended to include the following offences:

To imagine, devise, promote, work, or encourage others, to support UK becoming a member of the European Union;

To conspire with foreign powers to make the UK, or part of the UK, become a member of the EU.

The Treason and Felony Act is an obscure piece of legislation from 1848, originally designed to make it illegal to mention the overthrowing of the monarchy. While the act has not been used to prosecute anyone since 1879, the offences under it still carry a punishment of life in prison. But Holliday appears to want this to change, as the petition states:

It is becoming clear that many politicians and others are unwilling to accept the democratic decision of the British people to leave the EU. Brexit must not be put at risk in the years and decades ahead. For this reason we the undersigned request that the Treason Felony Act be amended as set out in this petition.

As with all official petitions, at 10,000 signatures the government will respond, and at 100,000 there may be a parliamentary debate about the petitioner’s argument. As of 11am on Monday 17 October, Holliday’s petition had got 145 signatures, so a debate in the House of Common’s may be a long time coming.

The Tory councillor’s plans didn’t go down well on Twitter:

@EbonyDawnMarsh George Orwell's "1984" clearly meant as a warning, but is taken by some (Tories) to be guide for government!!

Why on Earth should it be an offence? Why should someone's opinion be a legal matter? Don't be ludicrous.

So I’m clear, what’s the punishment? Jail? Internment in a camp? Numbers tatted on forearms? What?

But Holliday’s petition wasn’t the only thing concerning Brexit which sparked outrage on 17 October.

As The Financial Times reported [paywall], Theresa May’s cabinet is discussing whether to pay the EU to let British bankers continue to have access to the single market. The market allows companies to trade across all 28 member states, without incurring any charges on transactions. But a Brexit vote could lead to Britain leaving this, therefore making business with the EU potentially costly.

In a move that could be seen by many as “one rule for them”, May has said that the government is considering “shielding” certain industries from any Brexit fallout. It comes after she spoke at Sunderland’s Nissan car plant on Friday 14 October to assure the motor industry that it would not be hurt by leaving the EU.

But the government’s ‘special treatment’ of the banking industry may not be viewed favourably. Since the 2008 financial crash, the public has poured more than £120bn into failing banks to keep them afloat, costing us £5bn a year alone in loans we gave them. And in total, the government said it was willing to help the banks out with up to £1.2tn if needed. This latest plan, announced just days after May said there was no extra money for the NHS, does nothing to dispel the idea that the Tories are in the pockets of bankers.

While Holliday’s petition is probably tongue-in-cheek, aimed at getting a reaction from so-called ‘Remoaners’, May’s plans are serious. At a time when the NHS is struggling, homelessness is rising, and some schools are forced to run four-day weeks, another ‘banker bailout’ shows where the Tories’ priorities lie. And it’s not with working people.

– Read The Canary’s other articles on Brexit.

Featured image via Nicro in Action