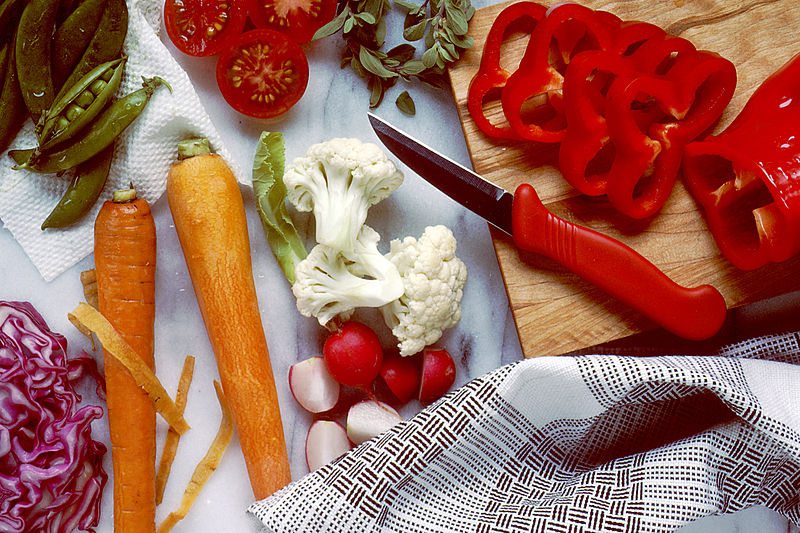 Veganism is on the rise in the UK. Last year, we found out that the number of vegans in Britain had risen by 360% in the past decade. And young people are apparently driving the trend. More recently, there have been other signs that indicate this movement is growing.

Many restaurants, cafes and food stalls have been popping up across the country offering plant-based alternatives to meat and dairy. And vegans across the country were excited to read about the world’s first vegan fried chicken shop opening in London.

All-vegan brand Temple of Seitan will serve fried ‘chicken’ made from seitan (it’s a meat substitute made from wheat gluten, and not related to Satanism). Times are clearly changing. Could we soon see VFC competing with KFC? Vegan fast food may be one way for veganism to gain some serious ground. But this might only happen when it becomes as cheap an option as meat. (It’s worth bearing in mind that while meat is cheap, the price we pay in terms of the environment, animal suffering, and human health is massive.)

Europe’s first all-vegan Italian restaurant opened in Brighton. The diet is also becoming increasingly popular in Bristol. And Ital – a Rastafarian form of Jamaican cuisine – may spark a revolution in vegan cooking in the UK.

Supermarkets are also catching up with the demand for vegan alternatives. The Vegan Society regularly updates its list of vegan-friendly food available in UK supermarkets. You can now even get vegan advent calendars.

VegFest London this year drew a massive crowd, with 1,000 people inside the venue in the first 15 minutes. This is testament to the fast-growing vegan community. Brittany Bragg, a graphic designer for VegFest, said that “…the food is always the biggest hit.”

Why are people making the switch?

The growing popularity of veganism is due in large part to people’s increasingly enhanced awareness of animal agriculture. Documentaries such as Earthlings have exposed people to the horrific ways in which we use animals as food, pets, clothing, and for scientific research. The more recent documentary Cowspiracy, meanwhile, charts the devastating effects of animal agriculture on the environment; and how this is underappreciated in the whole climate change debate.

It’s worth noting, however, that Cowspiracy does promote a misleading claim. Namely that animal agriculture contributes 51% of all greenhouse gas (GHG) emissions. The basis for this assertion is a dubious non-peer reviewed study. Nevertheless, the message of the documentary is still supported by the true figure of 15%, which is more than all transportation combined.

One study looked at the GHG emissions associated with various diets in the UK, and found that vegans score the lowest. And as people are becoming more open to the ethical and environmental arguments for veganism, there is a sense that individuals can make decisions based on common values that lead to the kind of change we want to see.

As The Canary has reported previously, it has been troubling to see US President-elect Donald Trump opposing climate change research and putting climate change deniers in positions of power. And he has just put another climate change sceptic in charge of America’s Environmental Protection Agency (EPA).

And in Britain, we have reported on Tory MP Jacob Rees-Mogg telling us that Britain could slash environmental regulations following our exit from the EU.

With a Trump presidency and Brexit apparently threatening efforts to tackle climate change, it is easy to feel outraged and powerless. But whatever Team Trump or the Tory government do to remove crucial environmental regulations, people still have the power to instigate positive change. And we see this in the relationship between our diet and our carbon footprints.

It’s not about perfectionism

The growing influence of veganism in the UK is also suggested by the controversy about the new £5 note containing tallow (a beef by-product). The Bank of England has taken seriously complaints from vegans, and is working on “potential solutions”. There is a vegan-friendly way to make the £5 note, but it could be more expensive.

In response to this controversy, the BBC reported on how difficult it is to avoid animal products in everyday life. Meanwhile, the inventor of the £5 note said that the complaints are “absolutely stupid”. He highlights that there are trivial amounts of animal fat in the note. But many everyday products do contain animal fat. And there are vegan alternatives available.

While many types of beer and wine aren’t vegan, for example, it’s easy to find out which ones are suitable. But while we can avoid non-vegan beer and cosmetics containing animal fat, it’s much more difficult to avoid using the £5 note. And that means the Bank of England is essentially forcing people to use a product that goes against their conscience.

In the society that we live in today, it’s practically impossible to be 100% vegan. Animal products find their way into many household items, and even buying vegetables can contribute to the suffering and death of many small animals. But veganism is not about moral perfectionism or purity. It’s about doing the best you can to avoid supporting animal exploitation or mistreatment. And more and more people in this country are now realising the positive changes – for animals, the environment, and human health – that result from refusing animal products.

– Support Animal Aid and check out The Vegan Society website for more information on veganism.

– Check out more articles from The Canary on the Environment.