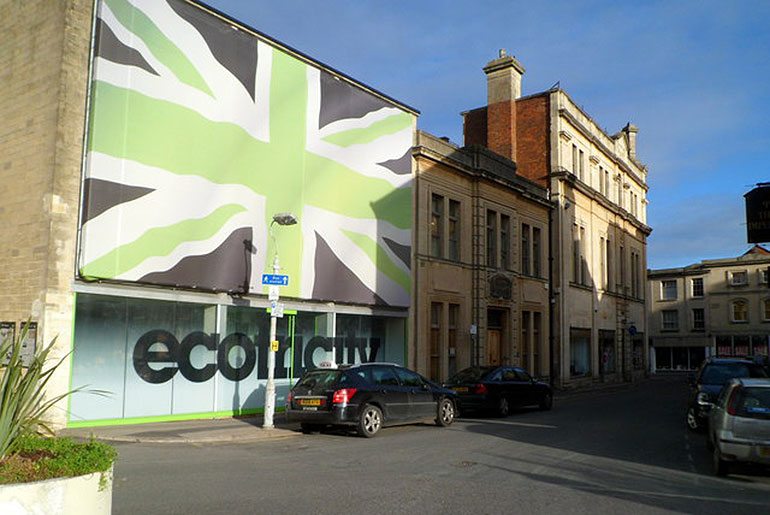 A company named as one of the UK’s most disruptive (in the Virgin Media Business Disrupter table) has launched a petition to take on Theresa May and her resolution to frack. And it’s gaining traction. The company is also taking the battle to the fracking industry in the most direct way possible.

‘Ecotricity’ was one of the world’s first green electricity companies. Founded in 1995, the company quickly established itself in the energy market. Its customer base dramatically grew from 2002, and in 2013 it was supplying 75,309 homes. Unlike other energy companies, Ecotricity specialises in producing and providing green energy generated from renewable and ‘green’ resources. It then uses the profits to fund the building of new green energy sources. According to the brand, “we’re a not-for-dividend company — our profits go back into our mission”.

In 2010, it introduced the concept of green gas to Britain. A gas which was generated from grass and could be put directly into the grid. This form of energy was not only 100% green, but also completely frack free. In a direct challenge to the shale gas industry, Ecotricity has submitted applications for sites currently earmarked for fracking.

Given this commitment to frack-free energy, Theresa May’s decision to encourage fracking has not gone down well. On record, May has generally voted against measures to prevent climate change, supported selling off England’s state-owned forests, and opposed regulations on fracking. She has also appointed an environment secretary who is openly pro-fracking and believes it to be the answer to Britain’s energy problems.

As such, on 8 December, Ecotricity launched a nationwide petition. The petition, entitled Green Gas or Fracking – Let the People choose, consists of a public letter to May asking her to reconsider her pro-fracking stance. It reads:

Where Britain gets its gas from in the near future, as the North Sea runs out, is an important question. The previous government believed fracking was the answer. And despite the considerable environmental risks, the fact that it will exacerbate Climate Change and it being the most unpopular form of energy ever – it is being forced through over the heads of local people, and the nation as a whole.

There is a new alternative, that has just emerged – and in the light of this, we are calling on the government to hold an independent review to look into the question – of where Britain gets its gas from. We have a choice now, between fracking or simply growing grass.

In only four days, the petition has already nearly hit its goal of 5,000 signatures. Many supporters have been taking to social media to share the campaign and build support.

It’s one of the first times an energy company has launched such a petition appealing to the government. And it could prove a revolutionary step for the business. While the petition may very well hit its target, however, it is unclear if it will affect the government’s energy policies. Regardless, it’s positive to see such a petition gaining traction and even more positive to see an energy company trying to disrupt the UK’s fossil fuel-focused, polluting, energy sector.

– Write to Andrea Leadsom and ask her to put the environment first.