Disability shaming is back in style, but these people are having none of it - The Canary 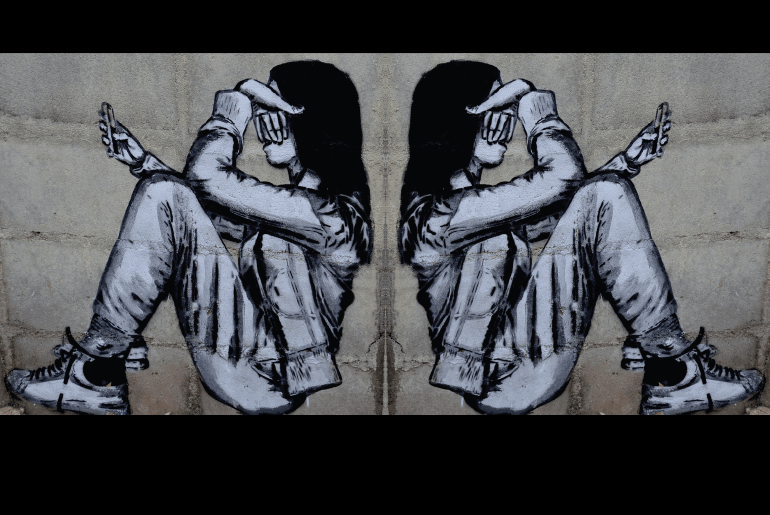 A recent trend on Facebook has seen images that body- or image-shame people with disabilities, or people who don’t meet mainstream standards of beauty. Those images are being tagged with a person’s name and a message along the lines of either “I’m waiting for Michael” or “Phillip said he’d meet me here”. The point of these memes is obviously to make fun of those tagged for allegedly having anything to do with people who don’t meet society’s standards of beauty. But people are now fighting back, drawing a line in the sand, and saying that this sort of despicable, playground bullying isn’t okay.

One of the people singled out in these memes is a woman called Lizzi Velasquez, who suffers from a syndrome which prevents her from gaining weight. She’s the subject of the documentary A Brave Heart: The Lizzie Velasquez Story. It recounts how she went online and found a YouTube video of herself, titled The World’s Ugliest Woman. Comments below the video added:

Why didn’t her parents just abort her?!

Do everyone a favor and just kill yourself

Velasquez responded to the online hatred by becoming a public speaker, and speaking out against bullying. And you can see her doing so in the TED talk below:

Velasquez is one of the people to have been pictured in these memes. But, as this response shows, some people are refusing to stand for that: 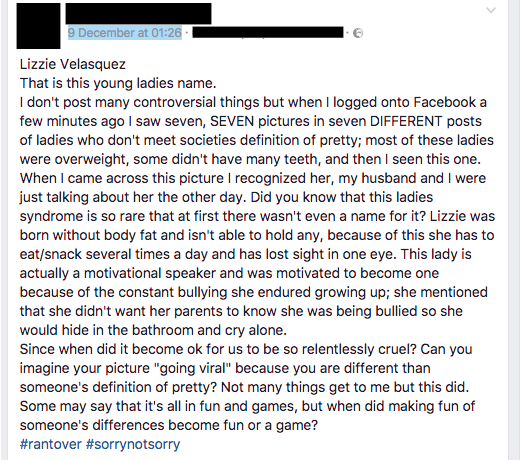 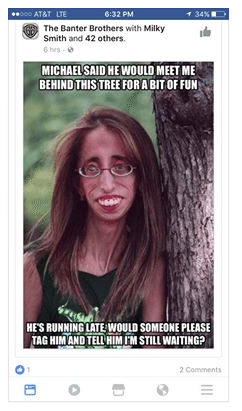 Some of those targeted in these memes are not disabled. Rather, most of them simply aren’t what’s considered to be conventionally attractive. And people have also come forward to stand up for them: 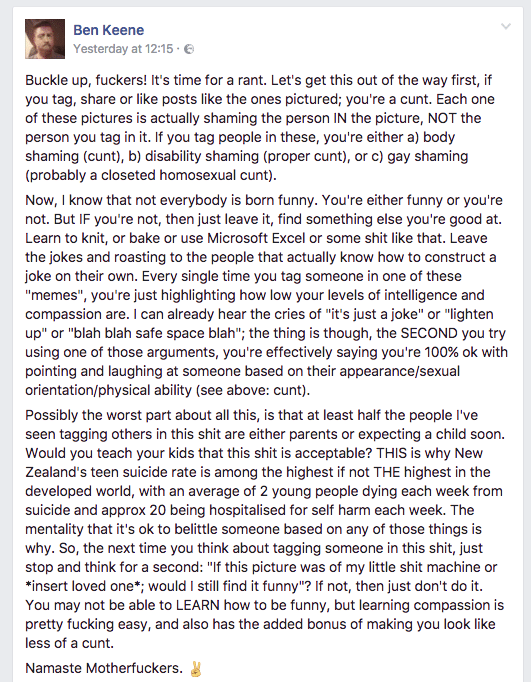 No time to go backwards

We now live in a world in which the next American President has very publicly ridiculed the disabled. He’s also well known for judging women by their appearance. And as a result, the rest of us cannot just stand idly by while other human beings are belittled by bullies.

In a world of Donald Trumps, stand up and be a Lizzie Velasquez.

– Engage with online anti-bullying platforms like The Cybersmile Foundation.