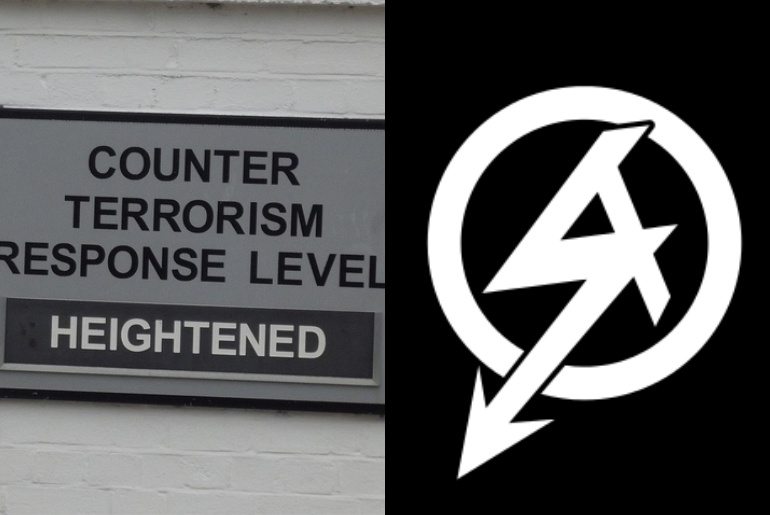 Home Secretary Amber Rudd has announced plans to ban the far-right group National Action (NA). But there’s a problem with banning the group, and it should worry us all.

What is National Action?

NA is a neo-Nazi organisation. Its demonstrations have included banners stating “Hitler was right”, and “Mein Kampf” tops its London group’s reading list. Its speakers have talked about “the disease of international Jewry” and said: “when the time comes they’ll be in the chambers”.

According to its main web page, the group is:

Vilified by the media and hated by this sick world, National Action is a growing community of young Nationalists in the United Kingdom, united in a mission to save our race and generation.

The ban will mean NA becomes a terrorist organisation. Anybody belonging to, or inviting support for, the organisation will be guilty of an offence. And the maximum sentence is ten years.

Some organisations have welcomed the ban. Gideon Falter, the chairman of Campaign Against Antisemitism, said:

In common with other terrorist groups, National Action radicalises and indoctrinates the young, teaches them violence, attacks the police and the public and demands the annihilation of Jews.

This decision by the home secretary is something we have long called for and sends a strong message that the far right is in the government’s sights and will not be permitted to continue its incitement and violence.

So what’s the problem?

Well, there are several. Firstly, there’s the question of whether banning a group is the best way to tackle its hateful ideology. Speaking to The Canary earlier in the year about proscribing far-right organisations, Kevin Blowe from the Network for Police Monitoring (Netpol) stated:

In our experience, every new piece of public order and anti-terrorism legislation is eventually used to clamp down on legitimate political dissent and resistance to injustice, often in ways that some who supported and voted for it never imagined. That is why Netpol calls for fewer laws and reduced police powers.

If, instead of insisting individuals are held accountable for their actions, we continue to call for the state to ban more organisations for the ideas they hold, then one day a future government will ban the right to promote an idea that we support, instead of something we find loathsome.

Racist opinions are fought with better ones and acts of racist violence by reaffirming the right to self-defence – a right repeatedly denied to black communities facing such attacks by the legislators, police and courts that advocates of banning are now looking to.

This is a view supported by the Anti-Fascist Network:

Although it is hard to feel sorry for these fascist provocateurs, we here at the AFN believe this is a terrible idea. It will simply feed into their mistique [sic] and allow them to add to their reputation as a ‘dangerous nazi group’. They will be able to dodge legal consequences by simply re-branding.

NA promotes an indefensible ideology. Its slogan “Death to traitors, freedom for Britain” is the only statement Jo Cox’s killer Thomas Mair gave in court. In fact, the group publicly supported Mair. And there are allegations that it is part of a wider international network.

But it is still not a good target for a ban. Its website shows a small group of mostly teenagers. Teenagers who have gone from being unknown to garnering huge amounts of publicity.

And none of its actions appear to have more than a few supporters. Both the London page and the main page proudly mention a group of four people disrupting a pro-Europe march – with a banner that read “Brexit Now”.

They need to be challenged. They need to be opposed. But banning them will simply help them grow. And they will just reinvent themselves under another name.

Meanwhile, the tabloid media, which churns out inflammatory, racist language almost daily, goes unchecked. The European Commission Against Racism (ECAI) and Intolerance accused The Daily Mail and The Sun of using “offensive, discriminatory and provocative terminology”. The chair of the ECAI stated:

Unfortunately, it seems easier for Rudd to take action against a handful of teenagers than the might of the tabloid press. Undoubtedly, there may be people in the group willing to take horrific actions to further their cause. But they can be dealt with as individuals, without banning the group.

The government likes to talk about radicalisation and extremism. But there is a real need to tackle the racist hate speech of the tabloid media. This is the background in which extreme right-wing views become acceptable; or become mainstream. Banning NA will do nothing to stem the rise of the far right. But seriously addressing the xenophobic lies the tabloid media report could make a real difference.