The government may try to break the law AGAIN, this time over workers fighting for safety - Canary 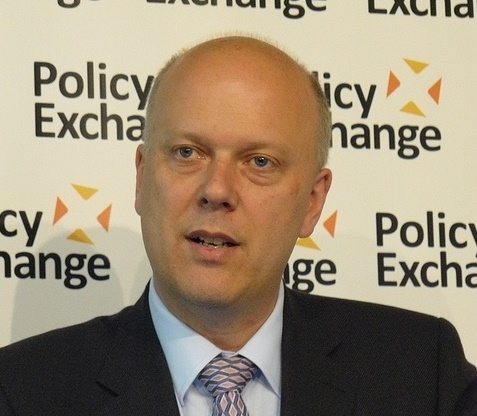 The government is considering legislation to make train strikes illegal as the dispute between train workers and Southern Rail drags on. If it goes ahead, it would be ignoring warnings from the UN that it may well be breaking the law.

A “careful look” at preventing strikes

On Tuesday 13 December, Transport Secretary Chris Grayling told BBC Radio Four’s Today programme that he would be having a “careful look” at changing trade union law to prevent strikes on railways. His comments came as the Associated Society of Locomotive Engineers and Firemen (ASLEF) Union began three days of industrial action against Southern Rail. The dispute is over Southern Rail’s plans to make driver-only operation (DOO) trains the standard across its network.

As The Canary previously reported, DOO trains would see the scrapping of guards across nearly all Southern Rail services in Surrey and Sussex. This could mean the loss of 400 guards on trains. Disabled passengers would have to book support 48 hours in advance to get on and off trains. The National Union of Rail, Maritime and Transport Workers (RMT), Disabled People Against Cuts (DPAC), and the Association of British Commuters (ABC) say this would be breaking the law. The groups claim it is in breach of the Equality Act 2010.

Mick Whelan, Secretary General of ASLEF, said the three-day strike on Southern services was about safety:

The company – and I see the Department for Transport’s (DfT) fingerprints all over this dispute; it’s as if the DfT is the ventriloquist and Southern the ventriloquist’s dummy – doesn’t want to talk, it wants to bully; it doesn’t want to discuss, it wants to impose. Because it doesn’t care about passenger safety, only about profits for shareholders.

But both the DfT and Grayling dismissed the strike. The DfT tweeted:

Unions strike action unnecessary. No jobs being lost and no pay being cut  – unions disputing who presses button to close train doors. pic.twitter.com/dpJE3nYg91

And Grayling said the action was a “deliberate act of militancy”:

There is no safety issue. What the union is saying is palpable nonsense… The unions are deliberately trying to bring [Southern Rail] to its knees.

The UN? Who cares?

The Transport Secretary’s hint that the government may look at banning rail strikes is, however, nothing new. The Trade Union Act, which passed into law in May, outlines that transport workers are now classed as an “essential service”. This therefore means that from next year, 40% of all union members need to vote for strike action in order for it to happen.

But the government ignored this. And if Grayling is planning to outlaw strikes by transport workers altogether, this would be a further breach of ILO legislation. Because the government has already breached the ILO regualtion on essential services, it may then be in breach of international law on the right to strike. As the ILO outlines:

The right to strike is recognized by the ILO’s supervisory bodies as an intrinsic corollary of the right to organise protected by Convention No. 87…

A spokesman for the DfT told The Canary:

The DfT do not have anything additional to add. The Secretary of State’s response was pretty clear; that he was looking at a range of options – not ruling anything out, but not ruling anything in, either. He is really focussing on dealing with the strike action first. [Grayling’s] words speak for themselves.

But the government seems unconcerned by what the UN thinks at the best of times. As The Canary previously reported, the UN also found that the government had committed “grave” and “systematic” violations of disabled people’s rights. This was due to welfare reforms.

This latest possible disregard for international law by the Tories will not only impact on transport workers. It will have a direct effect on passengers both disabled and non-disabled, who the unions are ultimately fighting for. But if you thought that this government actually cared, given its abysmal track record, you’d be sorely mistaken.