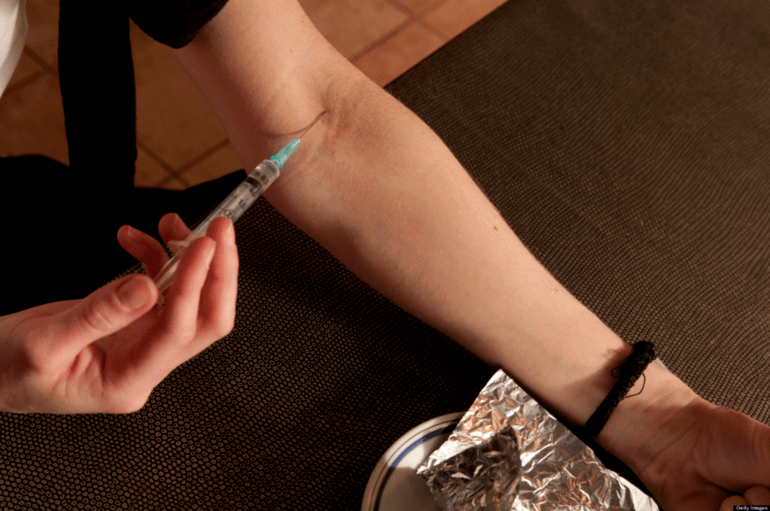 The Advisory Council on the Misuse of Drugs (ACMD) has suggested prescription heroin and supervised injecting facilities (SIFs) as measures to reduce the huge rise in heroin-related deaths. But the Home Office has rejected these proposals. And this is in spite of the evidence pointing to the effectiveness of these measures.

It may be a controversial approach, but it works

The ACMD is of the view that death is the most serious harm related to drug use.

Heroin addicts in Switzerland say the country’s heroin programme saved their lives. Because the dose and purity of street heroin is unknown, it carries a higher risk for overdose and death. Heroin-assisted treatment is based on the assumption that if an addict will use a drug, whatever the circumstances, it should be used in the safest way possible.

…can be helpful in stabilising [addicts]; it keeps them away from the black market and allows them to maintain relationships with family.

Ian Hamilton, an expert on substance abuse from the University of York, underscored the point:

One of the most radical things is calling for drug consumption rooms. That’s quite progressive really because Public Health England have been really shy about drug consumption rooms and we know from evidence that those are the things that make the biggest difference to reducing deaths in people who inject drugs.

Indeed, as previously reported by The Canary, Paris introduced a SIF as a way to tackle drug-related harm. Also, a report published by the Drug Policy Alliance illustrates the benefits associated with SIFs. And in light of this evidence, Glasgow may become one of the first cities in the UK to introduce SIFs.

But the Home Office response to the ACMD’s recommendations shows we may be a long way off the Swiss model.

A frustrating response from the Home Office

Hamilton argued that Public Health England was shying away from the argument to introduce SIFs. And it appears the Home Office is as well. A spokesperson for the department said:

Drugs can cause untold harm and this government is acting to reduce their devastating impact.

Drug misuse among adults and young people has fallen in the last 10 years and we are working to educate young people about the risks, to help those who are dependent through treatment, and to clamp down on the illicit trade.

This government has no plans to introduce drug consumption rooms but recovery will remain at the heart of our approach. We are grateful to the Advisory Council on the Misuse of Drugs for their advice and will respond in due course.

The Home Office wants to minimise drug-related harms, while ignoring the evidence in favour of SIFs. This seems contradictory. In addition, prescription heroin may be cheaper and more effective than the methadone treatment available on the NHS. Indeed, many patients are resistant to methadone treatment.

The Home Office claims recovery of patients is a priority. And it also wants to crack down on the black market. But these goals will be out of reach so long as the country pursues a failed ‘Drug War’. The department’s response is frustrating. It wants to make it look like it cares about drug-related deaths. But it has no plans to listen to the experts in an open and mature way. All we get in response is lip service, rehashed messages at odds with the evidence, and a blind commitment to harmful policy.

– Keep up with The Canary’s coverage of Health, Environment, and Science and Technology by liking our dedicated Facebook pages for Health and Science.