The government is shamefully failing the elderly, and now it wants us all to pay the price - Canary 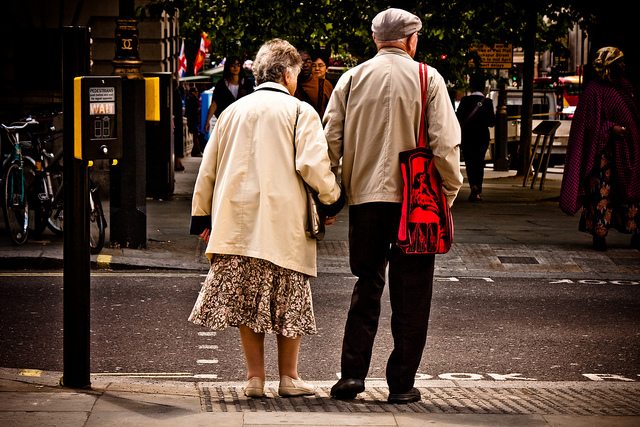 The Conservative government is shamefully failing elderly people. As the crisis in social care in England deepens, the government is considering making changes to try and plug the austerity-related shortfalls in funding. And because of the government’s agenda of budget cuts, it looks as though people across England are going to have to pay the price.

Black holes, filled by the public

Social care in England covers the services that local authorities provide for elderly and disabled people. It includes care homes, nursing homes, and in-home support. Social care also includes day centres and meals-on-wheels services. But according to industry professionals, the system is in crisis. This, they say, is due to government cuts to local authority budgets.

Since 2010, the government has cut local authorities’ central budgets by 40%. This means that, by 2020, social care budgets are facing a £2.6bn black hole. And critics argue that the only way to plug this gap is to put £1.7bn into the social care budget now. But instead, the government is considering a plan to let local authorities in England increase council tax rates.

Izzi Seccombe, the Chair of the Local Government Association (LGA), who incidentally is a Conservative councillor, said:

The situation is now critical and it is no exaggeration to say that our care and support system is in crisis. For too long the service has too often been seen by decision-makers as an adjunct to the NHS, rather than a service of equal importance.

This government is committed to ensuring older people throughout the country get affordable and dignified care. That is why we are significantly increasing the amount of money local authorities have access to for social care, by up to £3.5bn by 2020.

Data from the King’s Fund, however, disputes this. It found that the increase will raise £382m, just 3% of England’s social care budget. And this will not even cover the cost of the introduction of the National Living Wage, which is £612m. The King’s Fund also said raising council tax will make the ‘postcode lottery’ of social care worse. It said that the ten richest areas in England will raise two and a half times more than the ten most deprived areas for pensioners. Tower Hamlets, with the most deprived pensioners in England, will raise an extra £7 per adult. But Wokingham, with the lowest level of pensioner deprivation, will raise £13. And the five councils which would generate the lowest income per adult were all in areas of high deprivation:

Shameless disregard for the elderly

The crisis is summed up by research from the Family and Childcare Trust (FCT). It found that more than 6.4 million pensioners are living in areas where demand outstrips the levels of services available. Freedom of Information (FOI) requests by the FCT found that only one in five councils have adequate levels of services. Only 48% said they had enough home care services, and only a third said they had enough dementia support services.

Labour’s Shadow Social Care Minister, Barbara Keeley, blamed the crisis on “savage Tory cuts to the budgets of local councils”. And as The Canary previously reported, over 1 million over-75s are living in poverty. But questions must be asked of local authorities, who could do more to protect services. As the Socialist Party argues, there are ways councils can introduce ‘no cuts budgets’. Meanwhile, those who deserve the greatest respect in society are being treated disgracefully. And it seems the government’s disregard for the elderly is set to continue.

– Volunteer to ‘Be a friend’ for someone near you.