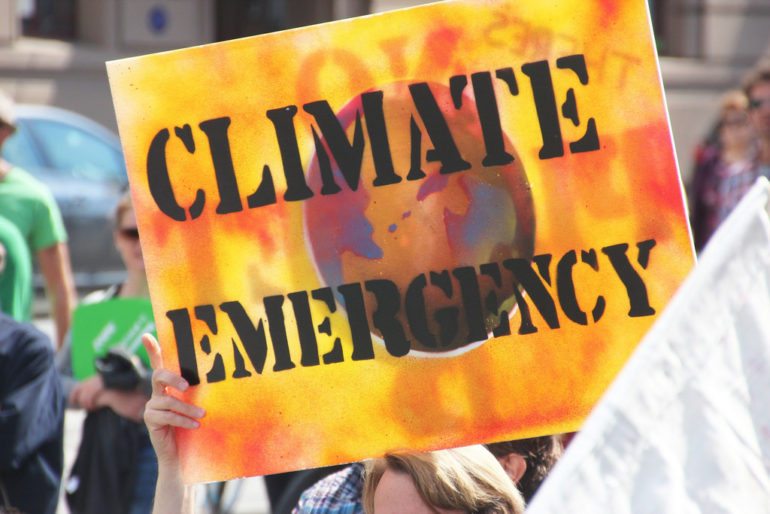 UN environment chief Erik Solheim recently said he was “concerned that some elite American politicians deny science”. This was in response to a question about Trump’s Cabinet appointments. Indeed, Trump has put four men in positions of influence and power that have many environmentalists scared. 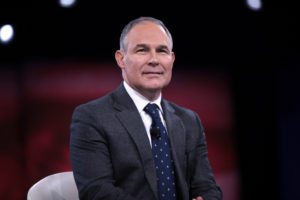 Attorney General of the oil and gas-intensive state of Oklahoma, Pruitt is a strong critic of the EPA, which he will now be in charge of.

He has previously said the debate on climate change is “far from settled”. And he even joined a coalition in suing the EPA over its Clean Power Plan, which aims to reduce greenhouse gas (GHG) emissions from the electricity sector. He also sued the agency over plans to reduce emissions of methane from the oil and gas sector. On top of that, he sued the EPA again over its Clean Water Rule, which aims to protect clean drinking water nationwide.

Pruitt believes the EPA has an “out-of-control anti-energy agenda” and has “unnecessary” regulations. As May Boeve, executive director of 350.org, said:

You couldn’t pick a better fossil fuel industry puppet. Pruitt formed a secret alliance with oil and coal companies to gut our environmental regulations and has defended ExxonMobil’s climate cover-up.

This “cover up” refers to gas and oil giant ExxonMobil misleading investors and the public about the dangers of climate change. Allegedly, ExxonMobil scientists knew as far back as 1977 that the release of CO2 from the burning of fossil fuels was influencing the global climate. But they failed to disclose this. And Pruitt was one of the attorneys who defended ExxonMobil, saying:

Reasonable minds can disagree about the science behind global warming, and disagree they do.

Except 97% of climate scientists do agree about the role of human activity in global warming. 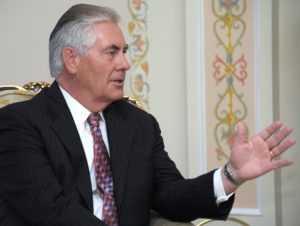 Trump picked Rex Tillerson, chief executive of ExxonMobil, as Secretary of State. Bear in mind, this is a company still under investigation for twisting and hiding facts about climate change to suit its own agenda. It has also funded thinktanks that spread climate change denial.

And Tillerson has made some worrying comments about climate change himself. In response to an interviewer’s concerns about the consequences of burning fossil fuels, he said:

…we will adapt to this. Changes to weather patterns that move crop production areas around… we’ll adapt to that. It’s an engineering problem, and it has engineering solutions. And so… the fear factor that people want to throw out there to say we just have to stop this, I do not accept.

He has also argued that severe weather events “may or may not be induced by climate change”. This is in spite of studies showing that extreme weather conditions are on the increase due to man-made climate change. 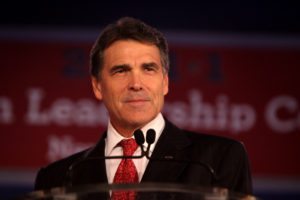 Former Texas governor Rick Perry will now lead the Energy Department, which in the past he wanted to scrap. He has called climate change a “contrived, phony mess” and a “secular carbon cult”. During a 2011 presidential debate, he infamously forgot the name of the Department of Energy. Which he will now be the head of.

And he is a strong denier of science. In his book Fed Up!, he wrote that “we have been experiencing a cooling trend”. But the figures don’t bear that out. Also, top environmental officials in Perry’s Texas administration censored references to climate change in an official state report. 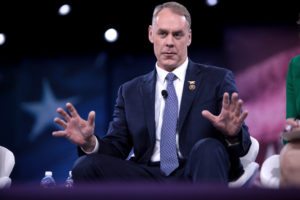 He has claimed that climate change is not “settled science” and believes there is no scientific evidence to suggest that fracking is environmentally dangerous. Which goes against previous EPA conclusions. He also said that:

the evidence strongly suggests that humans have had an influence on higher CO2. However, the evidence is equally as strong that there are other factors, such as rising ocean temperatures, that have a greater influence.

However, climate change expert Steve Running, from the University of Montana, said in response:

We can say quite confidently that 90 to 95 percent of this carbon trend is human induced… A tiny fraction is natural variability.

He has called for an expansion of West Coast coal export terminals, stopping proposed EPA policies which aim to cut carbon pollution, and extracting natural gas. He also recently criticised an Interior Department rule about curbing methane emissions from oil and gas operations as “unnecessary”.

brief political career has been substantially devoted to attacking endangered species and the Endangered Species Act.

Environmentalists have deep concerns about the agendas and vested interests of these four men. Recently, climate scientists protested against the proliferation of science denial in the Trump team. And we should all be just as worried as they are. These four men are not just promoting wrong-headed ideas. They are threatening the collective effort that is necessary to prevent climate catastrophe.

– Support ClimateTruth and check out the EPA’s page on climate change.