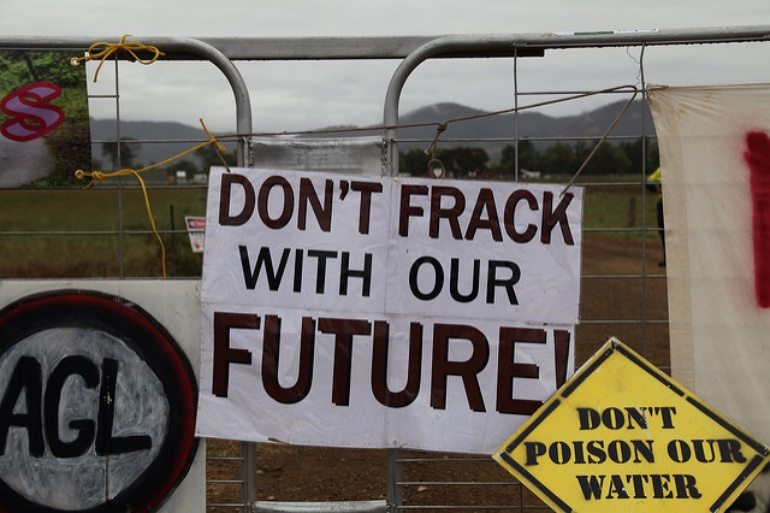 The Home Office has admitted that anti-fracking campaigners shouldn’t be labelled as extremists under the Prevent strategy. The move comes following evidence of several councils and police forces citing anti-fracking protesters as potential extremists in their training.

As previously reported at The Canary, Driffield School in East Yorkshire faced criticism for including anti-fracking campaigners as extremists. But the school soon apologised and distanced itself from the statement.

Driffield School included a section on Prevent in its safeguarding newsletter. It stated:

At present nationally, the greatest resource is devoted to preventing people from joining or supporting the so called Islamic State (IS) group, its affiliates and related groups. More locally, the East Riding’s main priorities are far right extremism, animal rights and anti-fracking.

Subsequently, more examples have come to light. Across the country, councils and schools labelled anti-fracking protests as examples of potential extremist activities. In Dorset, the strategy [pdf] stated:

In rural Dorset issues such as the badger cull and possible “fracking” may also see form [sic] of extremism with the potential for violent acts to be committed.

The police and government see sense

But it seems the police and the Home Office are beginning to question this position, at least on the subject of anti-fracking campaigners. Acting Assistant Chief Constable of North Yorkshire Police, Amanda Oliver, said that:

To avoid any doubt, anti-fracking protesters ‎are not seen as a terrorist threat by the police in North Yorkshire. On the contrary, the groups of local protesters have been nothing but peaceful and respectful of the law.

And the Home Office agrees, stating that “support for anti-fracking is not an indicator of vulnerability”. We now have to wait and see if anti-fracking disappears from all the policies, training, and briefings.

But Prevent and the government’s extremism strategy don’t just target anti-fracking protesters. Briefings frequently mention animal rights protesters, other environmental groups, and anti-capitalist left-wing movements. And it is Muslim communities who bear the brunt of the strategy.

Speaking to The Canary last year about Prevent, Kevin Blowe from the Network for Police Monitoring said:

We know that up and down the country, police officers are already branding a range of protest movements as ‘extremist’ and ‘violent’ at Prevent training sessions, based on little more than speculation and ill informed opinion. Many in Muslim communities are increasingly wary of expressing political opinions of any kind, in case someone reports them as a risk.

The current Prevent strategy suffers from multiple, mutually reinforcing structural flaws, the foreseeable consequence of which is a serious risk of human rights violations.

With this in mind, we should all call for an end to the Prevent strategy. This isn’t about one particular group, but a systematic criminalisation of communities and political activists. And we all need to act in solidarity and resist this together.

– Join the Together Against Prevent campaign.