In today's surveillance society, our whole lives are under scrutiny like never before [VIDEO] - The Canary 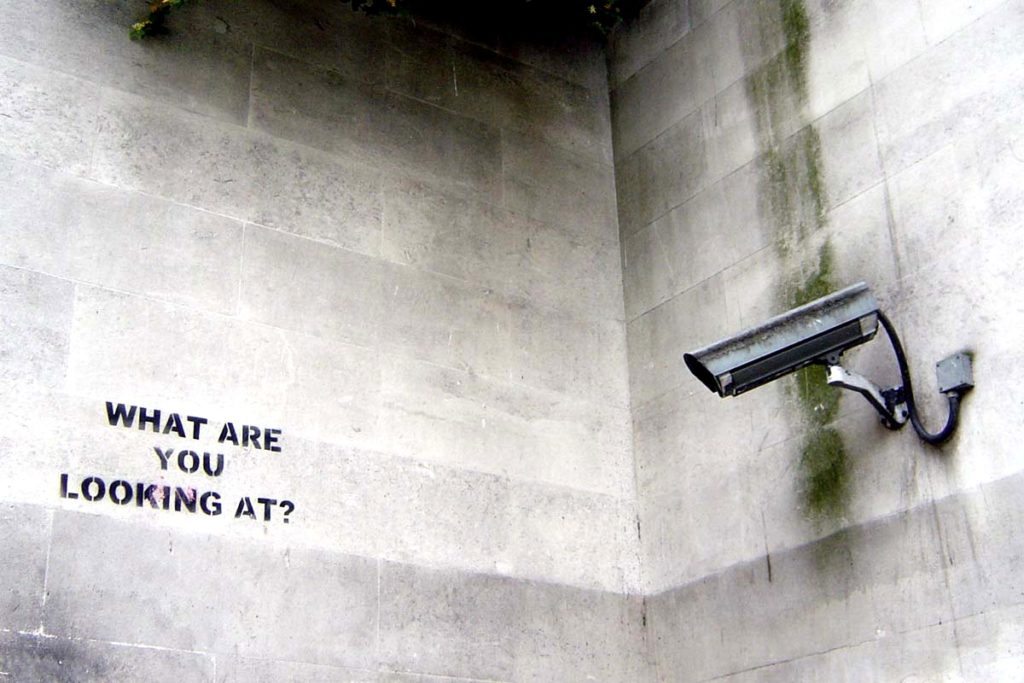 Blacklisting, whereby people are denied work because of their political beliefs or affiliations, is illegal and allegedly no longer practised. But in our current surveillance society, a host of other intrusive practices have replaced it. Private companies may be vetting us for work, for example. And spy agencies, the police, and government departments may be gathering and sharing data – all without our knowledge.

This article is a follow-up to a previous article on blacklisting by the Economic League and the Consulting Association. It will explore historical cases of state/private collusion in the blacklisting industry, as well as more recent developments in the surveillance society.

The criminalisation of political protest

An article in The Canary revealed how Driffield School in East Yorkshire has faced criticism for linking anti-fracking protests with extremism/terrorism. The school acted in accordance with the government’s Prevent strategy. A week later, the government admitted it had made a mistake.

But an investigation by the public interest researchers at Spinwatch shows just how widespread the criminalisation of political protests via Prevent is. It cites examples of Prevent documents equating not just anti-fracking but also anti-capitalism protests with terrorism.

And Prevent is just one face of the war that the government and its proxies have waged on political protest and activism over the decades.

Euro-Tec is a private investigations firm run by Gary Murray. In 1972, it spied on dock workers taking part in an industrial dispute. And authorities arrested five shop stewards – the ‘Pentonville Five‘ – for refusing to obey an order to refrain from picketing. Murray gave evidence to the National Industrial Relations Court. But the five were released after thousands of trade unionists marched on Pentonville prison and in the wake of a threat of a general strike.

Similarly, employees of Contingency Services spied on Sizewell B protesters, as well as CND activists and striking miners. Contingency Services is headed by Victor Norris, a convicted sex offender and neo-Nazi. In a 1988 Channel 4 After Dark programme, Murray explained [paywall] how that company was contracted to Sapphire Investigations, which in turn was employed by Zeus Security (run by Peter Hamilton). In the same programme, Murray stated that:

Documents and tapes in my possession link this man [Hamilton] to the highest echelons of British Intelligence.

During my investigation I successfully recorded conversations with Hamilton admitting his services were being utilised by the Economic League. Evidence also exists to show that the Central Electricity Generating Board subscribed to the Economic League in return for their special services.

This was dynamite. Murray confirmed what many knew but could not prove. That industry, via the main blacklisting organisation of the day, was working with the intelligence establishment.

Murray was clear that this collusion was no one-off. He further explained:

During the last (—) years I have spoken with dozens of operational Special Branch and Security Service operatives and have satisfied myself that the practice of using private companies for covert government operations is still taking place.

In another case, investigative researcher Evelyn Lubbers claims [pdf, p3] that intelligence maverick Brian Crozier set up a parallel intelligence organisation called The 61. Lubbers alleges that the group planted moles in the Militant Tendency and the CND. It also created fake “peace” groups, including the Coalition for Peace Through Security.

Examples of collaboration between the intelligence services, mainstream media, and privately-funded ‘thinktanks’ are rife. And key British figures have suffered both surveillance and other dirty tricks.

In the After Dark session, Murray expanded on those links, offering some embarrassing revelations (although three hours long, it is well worth watching the entire video):

These days, there is no Economic League or Consulting Association (its successor). Instead, government departments – in particular, the spy agency GCHQ – access sophisticated tools to hack into everyone’s internet usage (email, browsing, chat, etc).

The information retrieved can be shared with multiple agencies, including local councils, the Department of Work and Pensions, and HM Revenue & Customs.

Some vetting service companies use the services of former police officers.

For example, Global Open, which dissolved in 2015, was an investigations agency owned by Rod Leeming, a former Special Branch officer who infiltrated the animal rights movement. According to Corporate Watch, the agency included BAE systems and the energy company EON among its clientele.

These days, employers know far more about applicants than just their employment history. Thanks to a lack of privacy and extensive data sharing, it’s often impossible to get work without going through a range of thorough checks.

CVs, financial status reports, postings on social media (blogs, Twitter, Facebook, LinkedIn), and browsing history all offer up a wealth of information. Dozens of tools are readily available to assist this process.

It’s all about seeing people as commodities; as cogs in the corporate machine. Step out of line and you could face consequences.

Note: The Canary approached G4S and Agenda Screening Services for comment but received no response.

– See more from Spies at Work.