Pause for thought: why we might never know what’s caused the global temperature rise to stall - Canary 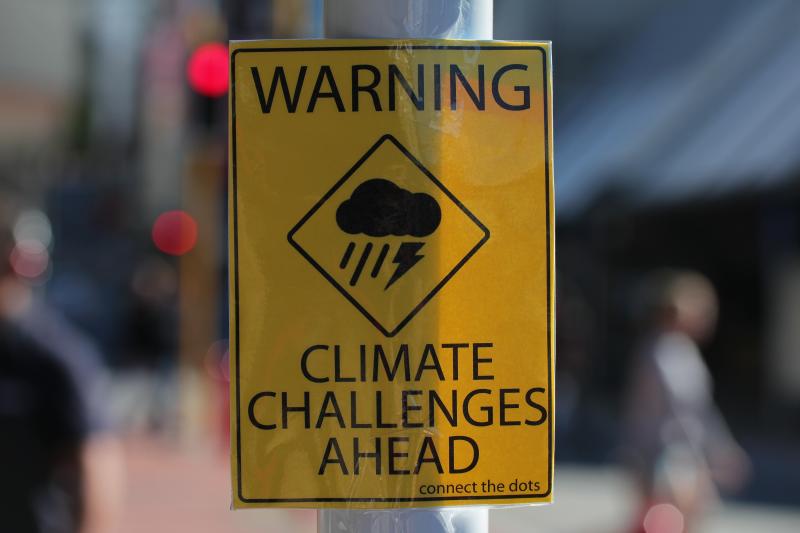 Scientists may never be able to determine the exact cause of the recent slowdown in atmospheric warming. This finding comes from new research published on 17 April in the journal Nature. Scientists from the Max Planck Institute examined what has caused this slowdown, or ‘hiatus’.

The recent hiatus, also dubbed the ‘global pause’, is a plateau in the previously unstoppable upward march of the thermometer. Temperatures have stalled at around one degree above pre-industrial levels (that’s the period before humans started changing the climate dramatically) for the past 15 years or so.

This phenomenon has been pounced upon by climate change deniers. They take it as evidence that climate change is fake news, or that it’s down to solar flares, aliens, or whatever else is the flavour of the month.

However, scientists are confident that the hiatus doesn’t detract from the strength of their knowledge about climate change. It just means that we don’t understand the complexities of the system properly.

The cause of the pause

Indeed, there are many theories about the origin of the hiatus. Some studies have suggested that it’s to do with discrepancies in the way climate change is measured. When scientists change how they measure temperature, for instance, this has subtle effects on the measurements. In the same way that you can weigh more on one set of bathroom scales than another, if they change which type of thermometer they use, they can obtain different results. The differences might be tiny, but they are detectable when they are added together. This can actually have significant effects on the long-term trends, which is what most people are interested in.

Other theories that are favourites of climate sceptics focus on non-human factors. These can include the intensity of solar radiation or volcanic eruptions.

Probably the most sensible idea is that the slowdown is a product of internal variability. This term refers to the way the Earth changes naturally. It explains (for example) why summers in the UK can be scorching one year and a damp squib the next. Variability is seen in all parts of the climate ‘system’, such as the atmosphere or oceans.

Oceans store and transport a lot of heat. One suggestion is that the way heat is moved around has changed as a result of natural variability. However, scientists haven’t yet managed to pinpoint which ocean regions are responsible for these changes.

The authors of this paper instead focus on variability in the ‘energy balance’. The energy balance measures how much energy comes in from the sun versus the amount that leaves. This energy is largely converted to heat.

The depth of Earth’s atmosphere is like the peel on an apple – it’s very thin! This means it cannot store very much heat. This limited heat capacity means that very small variations can have large effects, so it is important to be able to measure very subtle changes.

A good tradesperson never blames their tools. But sometimes, they can affect the results you get.

The way climate scientists predict the future is via climate models (not with crystal balls, sadly). Climate models are like very simplified versions of the Earth as we know it.

Even though they are much simpler than the real world, models do show pauses like the one we have observed. The catch is that, because these hiatuses are caused by internal variability, they are random. That means that the models can’t predict when they will happen. Just how likely they are to occur.

There is also a huge variety of methods to measure and observe changing temperatures. The problem is scientists are naturally cautious. Some methods, like satellites for instance, are very high-tech and precise. Despite this, scientists can’t be 100% sure they are correct, so they calculate a margin of error. They can’t say exactly what the true value is, but they know that it is somewhere within that range.

Unfortunately, as we know, the changes we are talking about are very small. So small that they are less than the margin of error. That means scientists can’t be sure whether any one of those theories is right or wrong.

That’s depressing. What does this mean?

For scientists, it means they need to keep doing what they’re doing to narrow that range of uncertainty. For the rest of us, it probably means we’re going to have to keep dealing with deniers. The number of UK adults who think climate change is human-caused has risen in recent years, and climate change denialism is much less common than it used to be. But sceptics are still vocal. This is particularly true since the election of Donald Trump in the US, who has put his climate scepticism into action.

To the untrained eye, the hiatus in warming looks like ammunition for deniers. On closer inspection, it’s much more complex. The fact remains, though: without decisive action on climate change, your normal service of temperature rise will resume shortly.

– Read and share the Met Office’s guide to climate change.

– Swat up on how to respond to climate change sceptics.