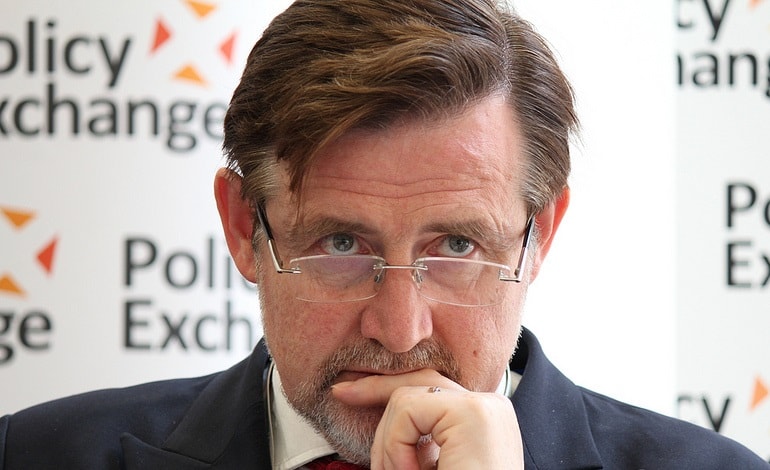 Kicking off the election campaign, Shadow Secretary for International Trade Barry Gardiner had the perfect response to Labour’s polling.

Prime Minister Theresa May has called for a general election on 8 June.

Probably the same percentage chance that you would have given Jeremy to have won the first leadership election, that you would have given Jeremy to win the second leadership election, that you might have even given Donald Trump to win the American election. Politics, Julia, you and I both know is down to the electorate… On the day, they will vote on who is going to make their life better and that will depend on the policies that we put forward.

The 2007-8 financial crash rocked the neoliberal economic orthodoxy of privatisation, financial deregulation and reduced public spending. Trump, Brexit and the rise of candidates like Jean-Luc Mélenchon in France show that the tide is turning against that establishment. Whoever can ride that wave successfully has the chance to win big.

Gardiner went on to criticise Theresa May for invoking Article 50 before calling for a snap general election. Article 50, the process for leaving the EU, has a two-year deadline. So the MP argues that the election will now encroach upon the negotiation period:

Why are people earning 10% less today in real terms than they were in 2007? Why are there 200,000 fewer home owners today than in 2010? Why are there 1.8 million people waiting more than four hours in accident and emergency?

UK real wages (income adjusted for inflation) have plummeted by 10.4% since the financial crash in 2007-8. And a Conservative hard Brexit looks set to make them fall even further. Figures hidden in the latest Tory budget from the Office for Budget Responsibility (OBR) project RPI inflation will rise to 4.1% in the final quarter of the 2017 financial year. So the cost of living will greatly increase. Meanwhile, nominal wage growth will actually fall. Coupled together, and we have a record-breaking fall in our standard of living.

Gardiner argues that a vote for Labour, which has pledged a £10 minimum wage, can remedy this. Recent shock elections like Trump, Brexit and the ongoing French election show that Labour can defy the polls and win. With the second biggest membership in Europe, it now needs to launch a strong grassroots campaign.

You can listen to the interview here: