The media fired its first shot in the election campaign against Corbyn... and missed - Canary 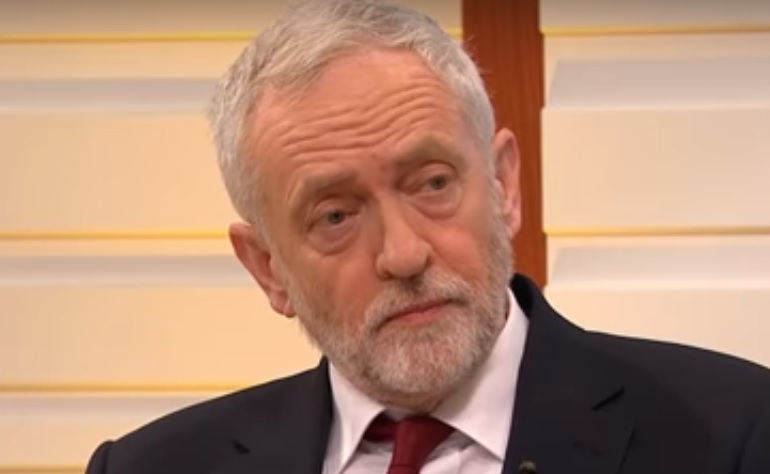 Britain faces a snap general election on 8 June 2017. And the corporate media’s predictable campaign against Labour Party leader Jeremy Corbyn is already underway. But it has fallen at the first hurdle.

No country for impartial men

Just minutes after Prime Minister Theresa May’s election announcement on 18 April, one commentator on Sky News suggested that Corbyn was slow to respond because he was still in bed. Financial Times writer Sebastian Payne said:

It’ll be very interesting when Jeremy Corbyn, I don’t know, gets out of bed and makes his statement.

This may have been a joke. But it’s exactly the kind of subtle dig at the Labour leader that we’ve come to expect from Britain’s corporate media. And it’s an early example of the anti-Corbyn media bias that we’re likely to see a lot of in the coming weeks.

The big problem, however, was that Corbyn had been working since early in the morning. A fact that Labour supporter Eoin Clarke was quick to point out:

Biased media has already started. Jeremy Corbyn was in bed they said as Theresa May announced election. 100% lie. He was on @GMB at 8 am

At 0810 we're joined by @jeremycorbyn – make sure you tune in! pic.twitter.com/PJxp5dLPJA

The uphill battle against a right-wing media

But Sebastian Payne’s anti-Corbyn dig on Sky News came as no surprise. As Jacobin pointed out in 2016, the mainstream British media has long waged “an unprecedented campaign of disinformation against Jeremy Corbyn”. And Rupert Murdoch’s Sky plays a key role in that battle, with over 80% of the national audience share in broadcast media going to either Murdoch or the BBC (which is far from supportive of Corbyn).

And Payne wasn’t just out to get Corbyn on Sky. He also expressed a soothsayer’s confidence in the outcome of the upcoming general election, writing [paywall] in The Financial Times:

One thing is certain: this is going to be a very bad election for a divided Labour party and a weak Mr Corbyn.

Elsewhere, we might call such ‘certainty’ either opinion or speculation. But it’s everywhere in Britain today. We have one of the most concentrated media environments in the world, with just three companies controlling around 71% of national newspaper circulation. And The Canary has reported extensively on the resulting corporate/conservative bias. In fact, we could see this bias straight after May’s election announcement, with The Independent referring to the Labour Party as a “joke”, and The Sun calling Corbyn “hapless”.

For some, the alliance between Theresa May and the corporate media is becoming increasingly obvious:

Woman who said she would never call a snap #GeneralElection asks people to trust her as she calls a snap general election! pic.twitter.com/GBW36MkXSE

Corbyn responded to May’s 18 April announcement by stressing the need for an alternative to “a government that has failed to rebuild the economy, delivered falling living standards and damaging cuts to our schools and NHS”. Supporters like Clarke, meanwhile, emphasised the issues at the heart of the upcoming election:

We won't let Theresa May turn this into a Referendum on Brexit. This election will be about

Along with the policies with which Corbyn’s Labour hopes to win:

Let me remind you of Labour's Easter Policy Blitz. We were ready for this moment. pic.twitter.com/UWhctyoYeu

And Clarke is right to highlight these issues. Because the task for all voters in the run-up to the general election will be twofold. First, we need to ignore and circumvent the game-playing and diversion tactics of the Tory/media alliance. And second, we need to focus on the everyday issues that affect our quality of life. Few people in Britain can afford to have another election decided on personality and media manipulation.