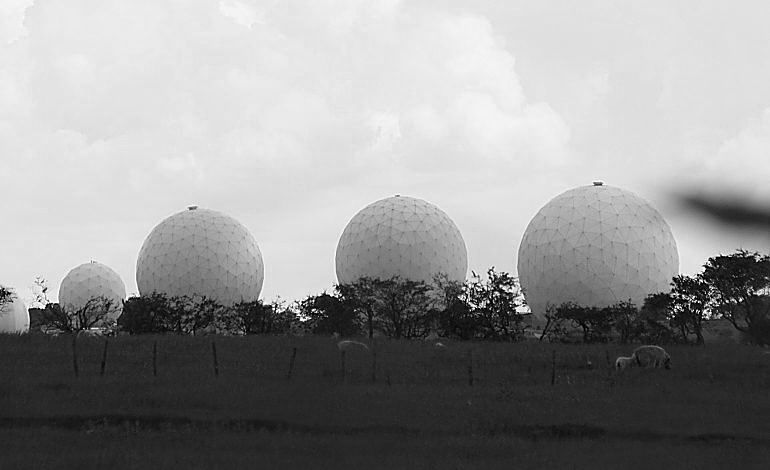 Sources close to Britain’s spy agency GCHQ have admitted that it did monitor the communications of close associates of Donald Trump, apparently confirming what The Canary previously asserted in March 2017. And as investigations continue into Team Trump’s alleged links with Russia, it seems that neoconservatives are increasing their power once again.

The UK spying on Trump associates?

Donald Trump alleged in early March that phones in Trump Tower were ‘wiretapped’ before he became president. The White House media spokesperson later named GCHQ as the culprit. But the British intelligence-gathering agency strongly denied that.

The only possible explanation is that Trump started tweeting without understanding how the NSA-GCHQ relationship actually works.

But let’s not forget that Trump was the subject of an investigation by an ex-MI6 spy. And given Trump’s alleged business interests with Russia, it would be very surprising if no one was monitoring his communications.

A source close to UK intelligence reportedly told The Guardian recently that GCHQ had passed information on to the US about communications between Russian contacts and figures close to Trump as part of a “routine exchange of information” related to “routine surveillance of Russian intelligence assets”. This began in late 2015 and continued for six months, with details passed to CIA chief John Brennan.

Other SIGINT (signals intelligence) agencies, including those of Germany, France, the Netherlands, Baltic states, and ‘Five Eyes’ member Australia, passed on similar intelligence.

The Canary previously explained how GCHQ has the facility to tap into a network of cables that carries phone and internet traffic globally. Also, that the NSA has direct access to that data; avoiding the need for a warrant by them or any British official as long as they are monitoring from outside the UK.

Further, that under section 702 of the Fisa Amendments Act (FAA), the NSA can tap without a warrant non-Americans outside the US. They can also collect communications of Americans in direct contact with foreign targets, without a warrant.

Indeed, the NSA and GCHQ co-operate through a long-standing ‘Five Eyes‘ arrangement called Echlelon. The NSA pays for services that GCHQ provides to the US. Over a three-year period, this amounted to more than £100m.

The Canary article expanded further on the interception technologies used by GCHQ in collaboration with the NSA to spy upon US citizens; including the use of NSA facilities at Menwith Hill (featured image).

Not long after the publication of The Canary article, former MI5 intelligence officer and whistleblower Annie Machon tweeted: 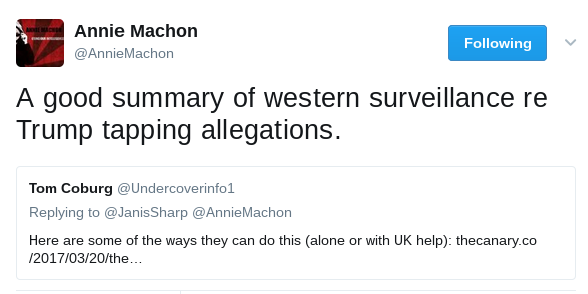 In March, FBI director James Comey confirmed the organisation was looking into the allegations of Russian interference in the US election; as well as alleged links between Moscow and members of Trump’s campaign team.

Retired US lieutenant general and former national security adviser Michael Flynn has offered to testify about alleged links between Russia and US President Donald Trump. But the Senate Intelligence Committee has rejected his request for immunity.

And former MI6 spook Christopher Steele is still to testify to the US House Intelligence Committee investigations.

The following visual summary of Trump’s alleged contacts in Russia appears at The Washington Post: 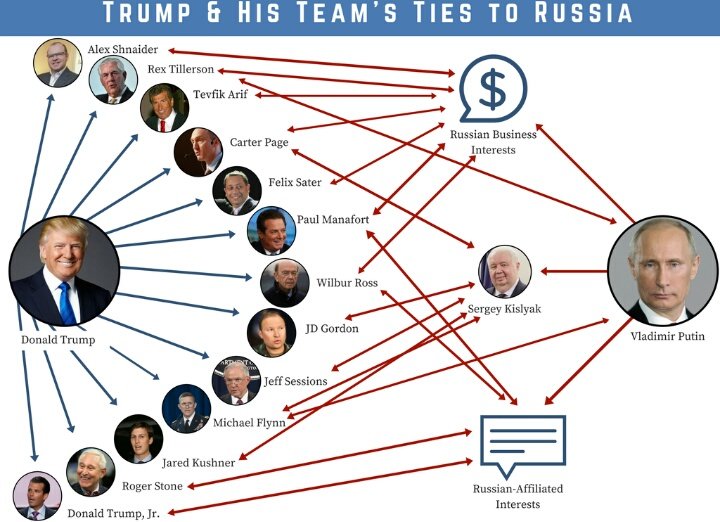 It now appears that military careerists and neo-conservatives are more or less running affairs in the White House. Hence the sudden shift to an interventionist foreign and defence policy; which has seen US missiles launched on Syria, a ‘mother of all bombs’ attack on jihadis in Afghanistan, and a naval armada dispatched to face off North Korea. And further revelations about Russian links to Team Trump could only see neo-conservatives consolidate their position in the Trump Administration even more.