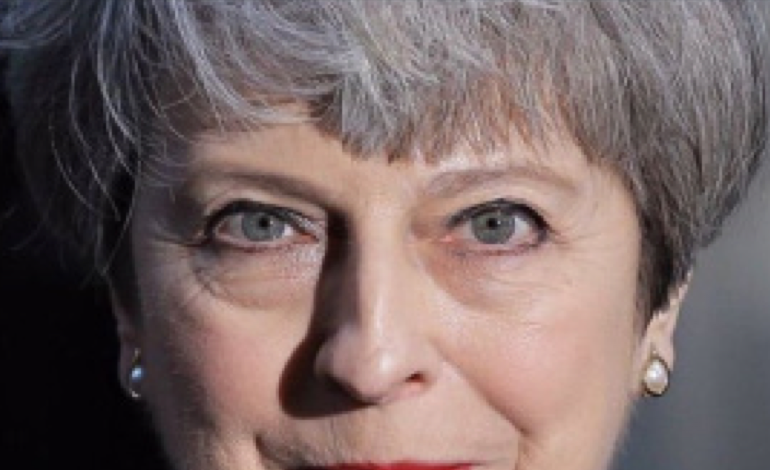 Prime Minister Theresa May has announced a snap general election on 8 June this year. The Daily Mail chose to commemorate this news with a front page that certainly captures the nature of the politics of our time. It’s a vision of hell.

Unsurprisingly, The Mail has thrown its full support behind the Prime Minister. May has framed the election as the vote to empower Brexit. Despite campaigning vigorously to Remain in the EU, the Prime Minister has repositioned herself as Brexiter-in-Chief. And the right-wing press has rewarded her for doing so.

The Mail and the PM are creating a Trump-style rhetoric about all those who would choose to Remain in the EU. Even going so far as to brand sitting judges ‘enemies of the state‘. And May used her announcement to forward that approach. Aiming hostility at those ‘elites’ she claims wish to block her progress, she calls on voters to lend her a mandate to get the job done.

The front page of The Daily Mail unquestioningly parroted this narrative. 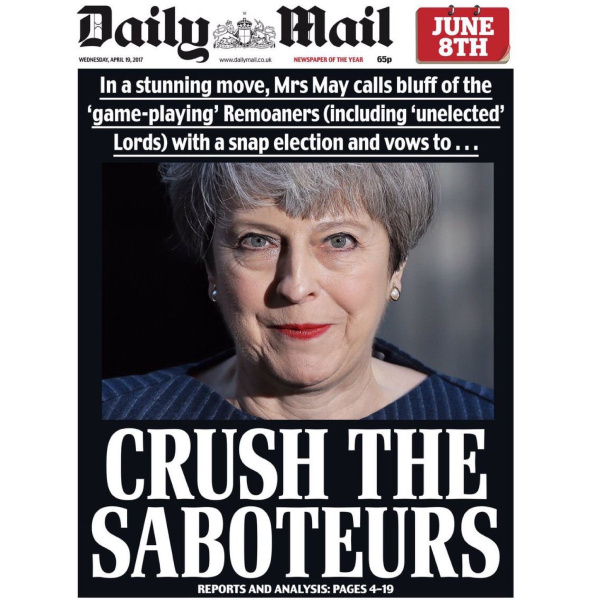 But while the press back May, they fail to ask: what exactly *is* the job she wants to ‘get done’?

However, the left-wing Brexit of greater democracy and protection from radical neoliberal austerity is never going to happen under this current government. The Brexit of Theresa May is about quite the opposite. The Prime Minister is more interested in dismantling hard-won rights. And cutting the taxes paid by wealthy individuals and corporations.

In order to protect Britain from the losses associated with leaving the single market, the May government has confirmed it would turn Britain into a tax haven – cutting corporation taxes radically to attract business. May has also campaigned to withdraw Britain from the European Convention on Human Rights, and has steadfastly refused to guarantee working people’s rights after Brexit. These are the rights that ensure us all a minimum wage, maximum hours, and safe workplaces. These rights all but ended sweatshop/workhouse conditions in the UK. And it is those same rights that may well end up on the chopping block as May courts corporations to stay in the country.

The EU referendum is over. The question about whether we leave the EU has been answered. The general election is about a different question altogether. And that question is: what kind of country do we want to live in?

Do we want to build a country which rewards cooperation, innovation, team work and excellence? Or to continue our decline as a tired lackey of the United States, heaping reward on failure and prioritising patronage over progress?

These are our choices.

On 8 June, UK voters get the chance to bring bogus austerity to an end. They must take it.