Don't get your hopes up about the Lib Dems' fightback. They're up to their old tricks again. [OPINION] - The Canary 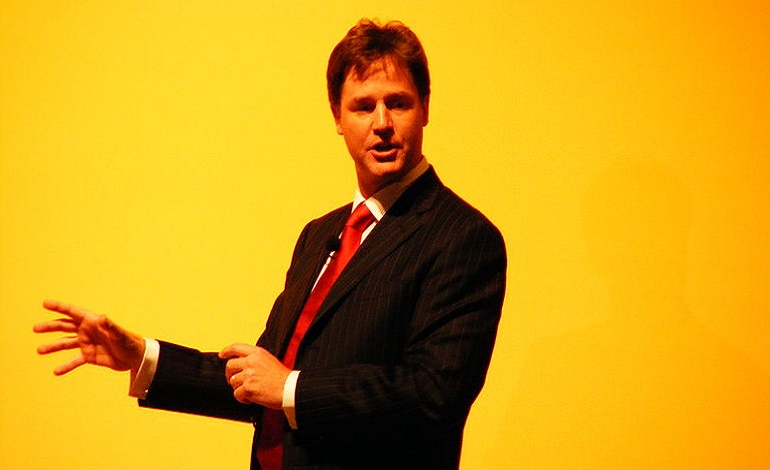 As the dust (slightly) settles after Theresa May’s general election announcement, the Liberal Democrats are beginning their election campaign. But it would seem they are playing true to form. As there are indications from Tim Farron’s party that it may be aiming for a coalition with the Conservatives. Again.

There is no prospect of us having an electoral deal with the Labour Party.

He went on to indicate that the Lib Dems would continue to vote, issue-by-issue, with whatever party they agreed with. But when probed by Nick Robinson as to why Cable, as a former Labour member, wouldn’t support a Labour/Lib Dem coalition “if it looks like the best outcome of the election, that that’s what you’ll do to stop Theresa May”, he said:

First of all I think it’s utterly remote to believe that Jeremy Corbyn could become Prime Minister, with coalition or without… And I think our differences with him… are so great that it’s difficult to see any… coalition.

A senior Labour source told The Canary that the party was not looking for a coalition either. But that “there will be consideration to shared objectives, post 8 June”.

Crawling out from the woodwork

Meanwhile, Cable was among several Lib Dem stalwarts that confirmed they would be running for election on 8 June. He will contest his former seat of Twickenham, which he lost by just over 2,000 votes to Tory Tania Mathias in 2015. Simon Hughes will also stand, in his old constituency of Bermondsey and Old Southwark. He lost to Labour’s Neil Coyle by 4,489 votes. And Julian Huppert will contest his former Cambridge constituency. One he lost in 2015 to Labour by just 599 votes.

After the Lib Dems’ shock victory against the Tories in the Richmond Park by-election, the party seems buoyed by the notion that it can win more seats on the anti-Brexit card. And as many seats have slim majorities, it’s a distinct possibility. Also, even private Tory polling said the government could lose up to 27 seats to the Lib Dems.

The balance of power?

So the Lib Dems have ruled out a Labour coalition. This means the party’s influence in the election could swing it several ways. It could either form a coalition with the Tories on a ‘soft Brexit’ ticket, or agree to an informal supply and confidence deal. Because the chances of any other outcome, except a Tory majority, seem fairly slim. Labour would need to win upwards of 80 additional seats to form a majority government. The SNP is unlikely to form a ‘progressive’ coalition, due to English votes for English laws (EVEL). So either way, the Lib Dems may well hold the balance of power in 2017, just as they did in 2010.