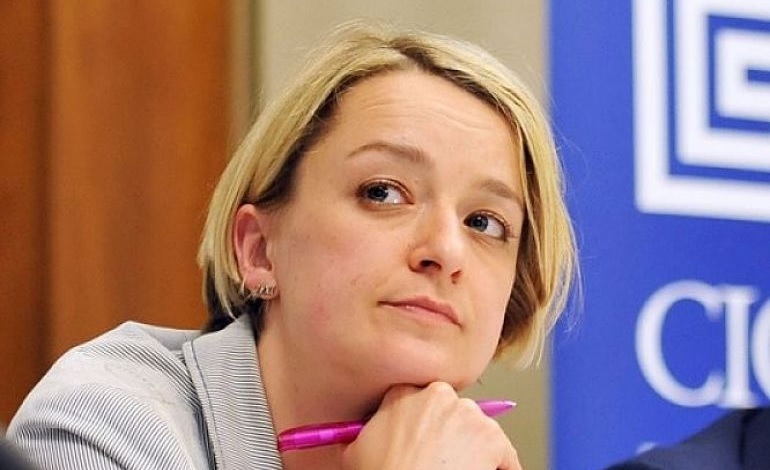 The BBC‘s Laura Kuenssberg has now diverted her ill will to someone other than Jeremy Corbyn. But her veiled attack on the SNP was so nonsensical, it fell flat.

It did, however, give people a taste of the desperation they should expect from the media in the run-up to the general election.

On 18 April, Prime Minister Theresa May announced that a general election will take place on 8 June. The next day, the BBC‘s Political Editor – Kuenssberg – shared the following ‘insight’ with her Twitter followers:

Snp currently has more MPs than fit into this pic – can they really keep them all? pic.twitter.com/3PqrP9iv6Y

Kuenssberg accompanied the tweet with a picture of SNP MPs lined up outside parliament. But what was the BBC editor trying to say? That parties whose MPs cannot fit into a single picture have no place in parliament? If so, then the Tory MPs in Westminster need some serious pruning.

Or was Kuenssberg hinting that the SNP’s penetration of parliament has now gone a step too far? That it’s time for some of our kilted brethren to head back over the border?

Probably neither of these things sprung to Kuenssberg’s mind. Because who needs a reason? Kuenssberg saw an opportunity to cast doubt on the SNP’s ability to have its MPs re-elected in the upcoming general election, and she took it. Never mind that the opportunity merely consisted of a picture with the party’s MPs standing together. But where there’s a will, there’s always a way.

And the BBC is not the only media outlet to have cranked up its bias machine since May revealed that an election will take place. Sky News, for example, suggested that Corbyn was still in bed when the announcement came. The Daily Mail later gleefully greeted the general public with a threat that May will “crush” anyone who gets in her way.

And we’re only on day two of the general election media mania. There will be lots more to come. But in terms of absolute hogwash, Kuenssberg’s tweet will be a hard one to beat.