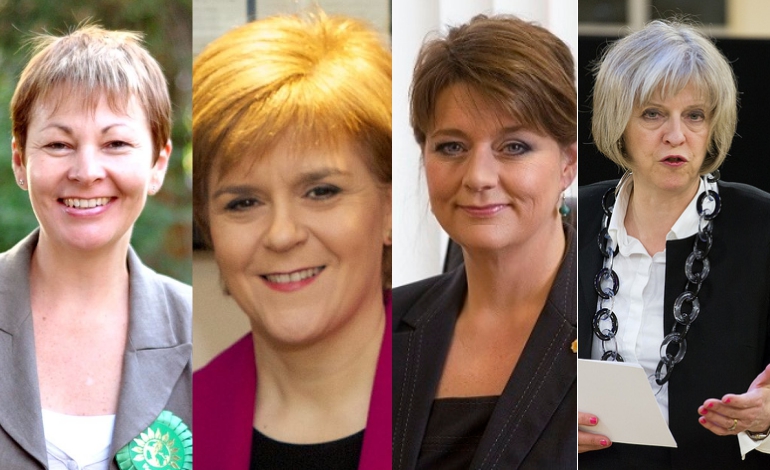 Just hours after announcing a general election, Theresa May made her first gaffe. She announced she was refusing to take part in televised election debates. But while she is running scared from facing her opposition head on, she is facing a direct challenge from some of the most powerful people in politics. And they’re threatening to ’empty chair’ her if she doesn’t show up.

The co-leader of the Green Party, Caroline Lucas, tweeted:

Hey @jeremycorbyn, @timfarron, @NicolaSturgeon & @LeanneWood. Up for a debate even if the PM chickens out? https://t.co/01K7moyWDv #GE2017

And the leader of Plaid Cymru, Leanne Wood, was emphatic in her response:

Wood also commented that she would insist on an empty chair for the Prime Minister if she refused to attend. And as she pointed out, public debate between the parties should be a cornerstone of a democracy:

I hope that the Prime Minister will not bottle televised leader's debates at this election. Democracy demands all voices are heard#Plaid17🌼

Meanwhile, SNP leader Nicola Sturgeon was also up for the challenge:

If PM doesnt have the confidence to debate her plans on TV with other leaders, broadcasters should empty chair her and go ahead anyway. https://t.co/bOqVIYaBAi

The show must go on

Tim Farron and Jeremy Corbyn have also said they think the debates should go ahead. Farron said that there should be a “moral duty” to debate; and that, by refusing to do so, May was holding the public “in contempt”.

If this #GeneralElection is about leadership, as Theresa May said this morning, she should not be dodging head-to-head TV debates.

Theresa May claimed that she wasn’t “running scared”, and that she:

believe[s] in campaigns where politicians actually get out and about and meet the voters.

Which is all well and good, but it is pretty much the bread and butter of any election campaign. And doing one does not preclude the other.

The Prime Minister apparently wants to “crush the saboteurs” rather than debate with them. And this tells you everything you need to know about Theresa May. Instead of engaging in democratic debate, she wants to crush her enemies.

If she was really sure she could crush them, she wouldn’t be running scared of the debate. But any debate would have to address the government’s record on disability, austerity, the NHS and the failing state of our schools. And these are the issues May is scared about.

Theresa May is not looking tough with her violent ‘crushing’ rhetoric. Refusing to debate makes her look weak, scared and ashamed of her government’s record. It is essential that these debates go ahead. And it is essential that May is given an empty chair if she refuses to participate.

– Register to vote. Do not sit in silence and allow others to decide the direction of our country.