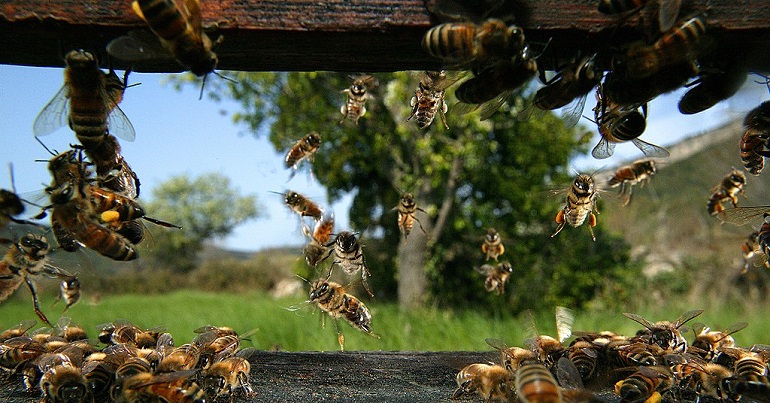 EU member states voted on 27 April to approve further restrictions on neonicotinoid pesticides, or neonics. The UK voted in favour of the ban. Announcing the EU restrictions, the UK government promised that they will continue post-Brexit.

We recognise the impact a ban will have on farmers and will continue to work with them to explore alternative approaches as we design a new agricultural policy outside the European Union.

Unless the scientific evidence changes, the government will maintain these increased restrictions post-Brexit.

Neonics are “new nicotine-like insecticides” used in chemical sprays to protect plants. They are also used in veterinary applications (such a tick control treatments and flea collars). Like nicotine, neonics affect the central nervous system of insects, causing paralysis and death.

Neonics are systemic pesticides; pesticides that are transported throughout the plant. In a plant treated with a neonic, leaves, flowers, roots and stems will contain the insecticide. It is also found in pollen and nectar. This is why it is particularly harmful to bees and pollinators.

This ban will outlaw the outdoor use of three neonics: Clothianidin, Imidacloprid and Thiamethoxam. It will also ban seeds treated with these substances.

These three neonics already cannot be used on bee-attractive crops (including maize, oilseed rape and sunflower). The only exceptions are when they are used in greenhouses, or to treat some crops after flowering. Farmers also used neonics to treat winter crops and seeds, such as some cereals and sugar beet.

The new ban will end most of these exceptions and only allow their use in greenhouses.

The EU will not ban the use of the neonicotinoid acetamiprid, as its research suggests that there is little risk to bees. The European Food Safety Authority (EFSA) is currently considering whether to renew the use of another neonicotinoid, thiacloprid.

Environmental organisations Greenpeace and Friends of the Earth cautiously welcomed this ban.

But questions remain about whether the UK government will continue with the EU restrictions post-Brexit. Writing in The Ecologist in January, Green Party MEP Molly Scott Cato said:

Against the background of a government that has repeatedly blocked protective legislation at EU level; has done nothing to defend the precautionary principle, and has no plan for a system of chemicals regulation outside the EU, is it any wonder that Greens greet Gove’s new green pose with such scepticism?

She raised questions about how the UK government will monitor and enforce such regulations post-Brexit, and whether ‘agri-business lobbyists’ will have their way over government policy.