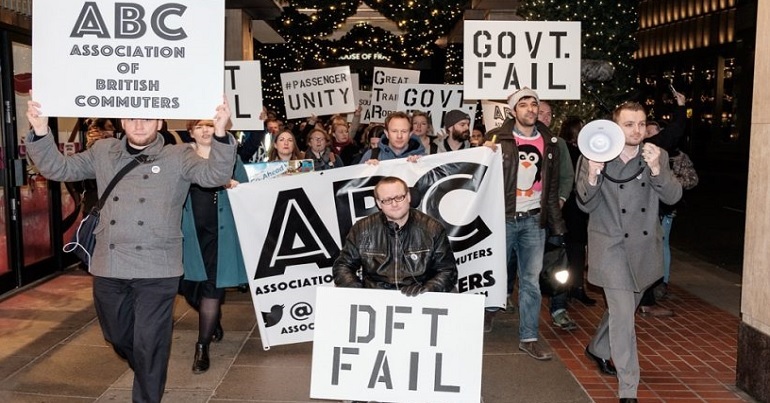 A damning report on the rail industry from a parliamentary committee has “vindicated” the arguments of a passenger organisation and a trade union, both groups say.

The cross-party public accounts committee has delivered its report into rail franchising in the UK. It’s overarching in its criticism of both the government and private rail operators. Because, it says, a “catalogue of failures” led to them not foreseeing the “perfect storm” that would arise due to the changing face of train travel. And it went further, calling the UK’s rail system a “broken model of franchising”.

The report threw criticism at the government and Department for Transport for:

TSGN is operated by Govia Thameslink, which has been marred by controversy and industrial action. As The Guardian reported, the committee said the government:

Was too ambitious about what could be achieved on the… franchise… overlooking the state of the railway infrastructure and failing to engage with unions.

Of the East Coast franchise, the report warned the government not to give the contract back to Stagecoach or Virgin, which currently operate it but have pulled out early in a controversial move. It said:

The department has failed to learn the lessons from previous failures of the franchise, and has again allowed the operator to promise more than it could deliver. The department will have to put in place new arrangements for running train services. We are concerned that the department could terminate its contract with VTEC [Virgin Trains East Coast] yet still give the operator the opportunity to run the franchise again in the future. The issues we have found… highlight the broken model of franchising.

A government spokesperson told The Guardian the report was “imbalanced and disappointing”:

The delay and disruption Southern passengers experienced due to strike action in 2016 was unacceptable but services have improved dramatically and a brand new programme will begin next month bringing further improvements to their journeys.

Our franchising model already puts passengers and taxpayers first and has doubled the number of passengers using trains since privatisation.

But one of the most telling statements was over DOO trains and the industrial disputes relating to these. It said in no uncertain terms:

Whilst the department seeks to heap blame on the unions, it must acknowledge that its own decisions and lack of constructive engagement have played a large part in the dismal service for passengers.

It is this, and the report overall, which the passenger group the Association of British Commuters (ABC) and the RMT union feel have vindicated them.

The RMT told The Canary:

The Public Accounts Committee report has vindicated the RMT’s position. The Southern and East Coast fiascos have cost the economy and tax payer billions. Chris Grayling [Transport Secretary] has no option other than to resign. He is a specialist in failure of the highest order and is not fit to run a whelk stall let alone our railways.

Both the TSGN and East Coast franchises should now be taken into public ownership forthwith. The MPs also rightly blame the government for the prolonged industrial action on Southern Rail and RMT is repeating the call for an urgent summit to resolve the current disputes over guards and safety.

Today's @CommonsPAC publication is more than just another rail report – it vindicates our entire argument since April 2016! UK rail franchising is broken and @transportgovuk is not fit for purpose. Here's the #PACreport summary: https://t.co/mjsBOpkAdq pic.twitter.com/6Y726FToDk

Four years into the #SouthernFail contract and here we stand, fully vindicated by today's #PACreport. So why not pre-empt the next few days of arguments on #RailTwitter with this simple diagram… pic.twitter.com/ncd9HF6vX8

The next step for passengers and trade unions is to await the government’s full response to this report. Whether these findings will cause a shift in its position remains to be seen.