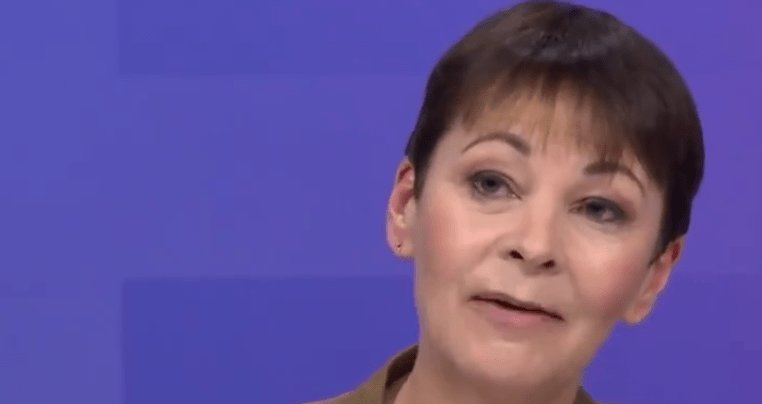 On BBC Question Time on 26 April, Caroline Lucas neatly summed up the whole debate over Israel and antisemitism. Speaking about the characterisation of ‘the left’ as more ‘anti-Israel’, the Green Party co-leader said:

We have to be so careful in what we mean and how we say it. I’m not anti-Israel. But I am sometimes very critical of the actions of the Israeli authorities.

#BBCqt
Caroline Lucas: I'm not anti-israel, but I am sometimes very critical of the 'illegal actions' of the Israeli authorities in Palestine. i.e: housing being demolished in Palestinian land..
We should not be afraid speak out on those things.@CarolineLucas pic.twitter.com/EasR0yGeeH

Lucas first noted the issue of antisemitism in Britain. She gave the example that, in 2010, the government began providing funding to Jewish schools threatened by antisemitic abuse.

Then, the Green MP distinguished the genuine antisemitism faced by Jewish people from criticism of the Israeli government. She also gave some examples of where she takes issue:

And I do get very frustrated that quite often that isn’t called out when there are, for example, more homes being built on the occupied territories, against UN laws, when there are housing being demolished, when the wall is being built in a way that basically cuts Palestinian farmers off from their land.

Amnesty International expands on the Israeli state’s illegal practices, reporting as of June 2017:

These criticisms from Lucas and a respected international human rights charity don’t refer to the religion of Judaism. And in that vein, Lucas rounded off by saying:

We’re not saying anything about Jews, we are saying something about the policies of the Israeli government… and I think making that distinction is hugely, hugely important.

“Playing politics” with Labour and antisemitism

But then, host David Dimbleby challenged Lucas on her point about vested interests ‘playing politics’ with antisemitism. She replied:

There’s been an awful lot of focus on Diane [Abbott] and the Labour Party and I don’t believe that antisemitism is solely the preserve of the Labour Party. I think it is in society so it’ll be in all of our parties and therefore it is for all of us to be on our guard…

In September 2017, a Jewish study into antisemitism in Britain went further than Lucas. While the report from the Institute for Jewish Policy Research stressed that antisemitism is prevalent across society, including on the left, it concluded that:

On BBC Question Time, Lucas nailed a point that should be obvious: criticism of the Israeli government is not antisemitism. And like Lucas, we must all call out antisemitism wherever we see it, while at the same time standing up to attempts to silence criticism of Israeli politics.