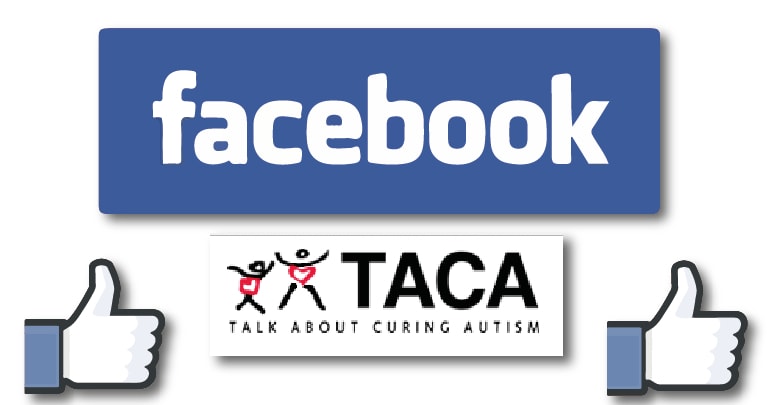 Autistic people have been shocked to discover that Facebook is promoting a ‘charity’ called ‘Talk About Curing Autism’. The group is controversial because many autistic people – this writer included – argue we don’t need to be ‘cured’ because we’re not sick.

If you mention certain subjects in a Facebook post, you might be asked if you’d like to add a ‘donate’ button. This can help charities raise money. One keyword that will trigger this button’s appearance is ‘autism’.

A Twitter user alerted people to a problem this is causing. I was able to replicate it quite easily – first by posting a message that used the words ‘autism’ and ‘autistic’: 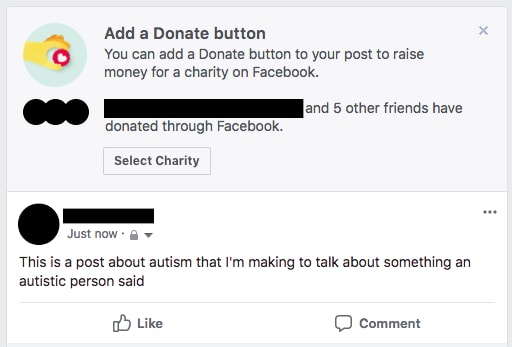 At this point, I also noticed that Facebook was listing which of my friends have donated to charity via its platform. It’s worth knowing that Facebook does this if you’d rather your charitable givings remain private.

When I pressed the ‘select charity’ button, I was presented with the following screen: 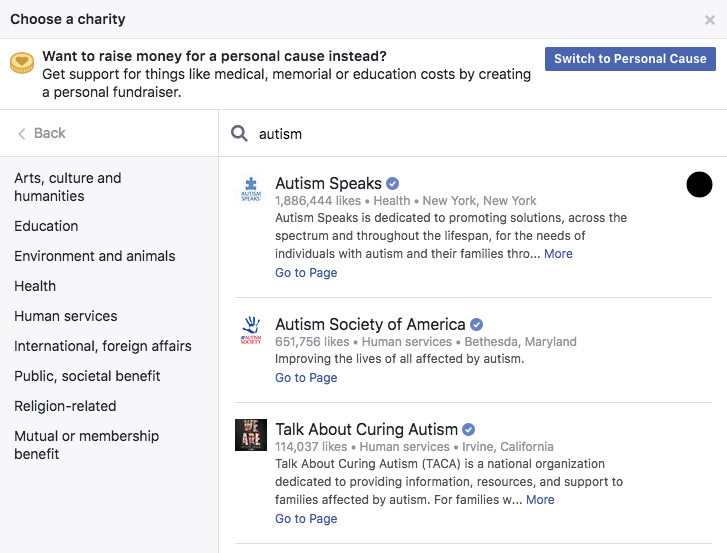 These were the first three ‘charities’ listed. Two of them are incredibly problematic for autistic people.

We’re not a puzzle

The first is Autism Speaks. You can see that its logo is a jigsaw piece. It’s likely you’ve seen this symbolism used for autism charities before, but you may be unaware that it’s very unpopular with autistic people. One writer summarised the problem, and it’s that the jigsaw logo suggests:

For years, autistic people have been condemning the use of the colorful jigsaw puzzle piece that stands as an international symbol for autism awareness. But their voices haven’t been able to overpower the media push to use the symbol.

Any charity that continues to use the jigsaw symbol is doing so despite years of complaints. What sort of charity ignores the people it claims to represent?

Autism Speaks is controversial for many other reasons. But it has at least stopped talking about autistic people as needing to be ‘cured’.

Autism is a spectrum. Although misleading terms like ‘high’ and ‘low’ functioning are now avoided, it’s true that autism affects people in different ways. Some people with autism have learning difficulties that may mean they’re cared for their entire lives. Others, like myself, have sensory issues that are usually avoidable.

The executive director of the Autistic Self Advocacy Network (ASAN) Julia Bascom has said:

The idea of a cure for autism doesn’t make sense. Autism isn’t a disease or an injury; it’s a neurodevelopmental disability that shapes our brains differently

Others have also compared the attempt to ‘cure’ autism as similar to the perception from some that it’s ‘possible to ‘cure’ homosexuality. 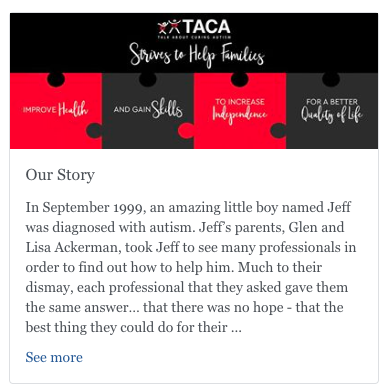 The blurb below makes it clear the group uses the perspective of autistic children’s parents, rather than autistic people themselves. It also reads [click ‘see more’]:

[Talking About Curing Autism] have utilized that name ever since. We had no idea the word “cure” would become so controversial.

When we talk about curing autism, we’re talking about treating medical issues that are typically dismissed as “just part of autism”…

We recognize that not every person with autism is looking for a cure. We respect that. However, for those people with autism who want a cure, we are here to make sure they get access to the help they need to have a good quality of life…

There are certainly medical issues linked to autism, but that doesn’t change the fact this name is problematic. TACA can argue its intentions were good, but it can’t argue it ‘respects’ autistic people if it retains this title.

Wording isn’t the only issue with TACA, however.

This graphic is on the site’s front page:

Responsible people avoid talking about an “increase in autism”. By saying there’s been an “increase”, you imply some external factor is causing more people to be born autistic. Science-Based Medicine points out:

scientific evidence [shows] that autism is mostly genetic, has its onset prenataly, and that the apparent increase in prevalence is largely due to diagnostic substitution, increased surveillance, greater acceptance, and broadening of the diagnostic criteria.

In other words, the increase in people being diagnosed is largely down to better diagnosis.

The reason it’s irresponsible to use the language TACA does is that it plays to conspiracy theorists – particularly those who believe the widely debunked idea that autism is caused by vaccines. And this is no coincidence. TACA has several pages on vaccines: 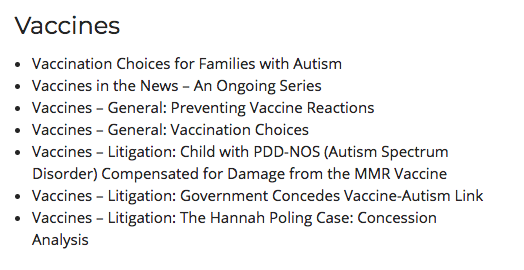 These pages recommend that parents should consider not vaccinating children. It’s also claimed that the link between autism and vaccines is confirmed. Again, it isn’t because there isn’t one.

TACA is a dangerous, conspiracy-minded disgrace of a ‘charity’ that no one should be giving money to. The fact that Facebook is promoting the group shows once again that Mark Zuckerberg is trying to run one of the world’s most profitable businesses on the cheap.

As an autistic person, I’m asking you to please make other people aware of this issue. You cannot contact Facebook directly. It’s only through mass complaint that this problem will be fixed.

– Learn more about autism from the National Autistic Society.