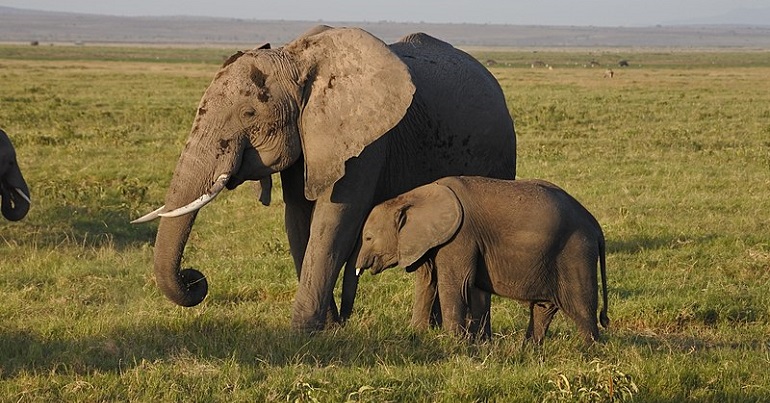 One of the toughest bans in the world

Exempted items are limited to:

With these narrow exemptions, the UK’s ban will be one of the toughest in the world. The US federal ban exempts all items older than 100 years and items with less than 50% ivory content. China’s ban exempts ivory “relics”. But it does not set a date before which these must have been produced.

Ivory should never be seen as a commodity for financial gain or a status symbol, so we will introduce one of the world’s toughest bans on ivory sales to protect elephants for future generations.

The ban on ivory sales we will bring into law will reaffirm the UK’s global leadership on this critical issue, demonstrating our belief that the abhorrent ivory trade should become a thing of the past.

This is a spectacular about-turn by the government. Only last year, The Canary reported that, since 2010, the UK had become the world’s largest exporter of ivory.

The world population of elephants has declined by almost a third in the last decade and around 20,000 a year are slaughtered due to the global demand for ivory. The illegal wildlife trade has become a transnational organised enterprise, estimated to be worth up to £17bn a year.

Around 55 African elephants are killed for their ivory a day, their tusks turned into carvings and trinkets. This ban makes the UK a global leader in tackling this bloody trade and it’s something WWF has been fighting hard for.

But if we want to stop the poaching of this majestic animal, we need global action. We hope the UK will continue to press countries where the biggest ivory markets are, most of which are in Asia, to shut down their trade too.