We need to talk about the 'flat out lie' the BBC told last night. Because it was appalling. - Canary Workers’ Co-op 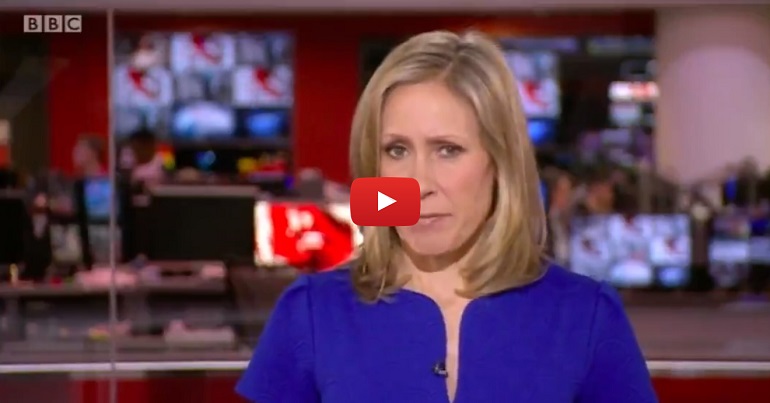 On 3 April, Twitter users accused the BBC of telling a “flat out lie” on News at Six, and echoing right-wing propaganda in the process. And they were not impressed.

The controversy related to an article from Guido Fawkes, which had attacked left-wing Jewish group Jewdas. Labour Party leader Jeremy Corbyn had attended the group’s Seder (a traditional Passover feast), so the “hard right” gossip-factory hit out at Jewdas for criticising right-wingers who use antisemitism as a political football.

In the wake of the Guido Fawkes piece, Jewdas clarified:

Let's make something clear: we do NOT believe accusations of antisemitism in Labour and the left are nothing more than smears. We have questioned the Jewish establishments cherry picking of antisemitic incidents to suit their agenda.

The BBC, however, apparently didn’t get that memo. On 3 April’s BBC News at Six – broadcast hours after the above tweet, the outlet said that Jewdas had “argued that there’s no problem with antisemitism in Labour”:

This is a flat out lie from BBC News at Six.

Jewdas has not argued there's no problem with antisemitism in Labour. It takes 1 minute to find that out.

Come on @BBCNews, you had all day to research this, you've got massive resources. It's not plausible that this was a mistake. pic.twitter.com/Nznm0vIzwk

Not only has Jewdas not argued that, but it has actually fought consistently against antisemitism on both the right and left. As people pointed out after the Guido Fawkes attack piece:

Part of what makes @geoffreyjewdas such an awesome force within the diaspora Jewish left; they put together this useful "How to criticise Israel without being anti-semitic" guide specifically for fighting anti-semitism within left-wing circles https://t.co/v6OfDbrHnF

ICYMI, @geoffreyjewdas literally wrote the book(let) on how not to be anti-Semitic on the left https://t.co/FXg2F6GVva

Last tweet from me on this – as Jewish voices are WAY MORE IMPORTANT – but look at the date stamp: @geoffreyjewdas were tackling anti-Semitism in 2014… this was WAY BEFORE this problem came to the attention of many others. pic.twitter.com/lGB5qhlrjj

Britain rightly expects the BBC – which is teaching our kids how to identify ‘fake news’ – to have much higher standards of fact-checking. But people have also criticised the broadcaster for falling short in its mission to present “due impartiality in our news” – especially when it comes to Conservative politicians.

While failing to get the facts right in its coverage of Jewdas, the BBC should perhaps have been paying more attention to revelations that suggest foreign secretary Boris Johnson has been twisting the truth himself.

On 3 April, Sky News interviewed the chief executive of Britain’s defence research facility at Porton Down, and he confirmed that the facility had not proven that Russia made the nerve agent responsible for the Salisbury attack in March:

#Salisbury attack: Scientists have not been able to prove that Russia made the nerve agent used in the spy poisoning. Porton Down lab's chief exec reveals the details in this interview pic.twitter.com/qFNgPlr6vS

Boris Johnson, however, had previously said in an interview that Porton Down had confirmed to him that Russia was definitely the source of the nerve agent. When asked how he knew the source was Russia, he said:

People from Porton Down… were absolutely categorical. And I asked the guy myself. I said, ‘are you sure?’ And he said, ‘there’s no doubt’.

For the avoidance of doubt – here is Boris Johnson clearly claiming that Porton Down had confirmed to him the source of the Salisbury nerve agent. Words matter. He lied. pic.twitter.com/oeuZNNxbAZ

And people are not impressed with Boris Johnson apparently deceiving them:

Those saying the Porton Down statement does not prove Russia did not do it really need to do GSCE Law (if that exists). The way guilt works is that you need to prove it first. You don't start with 'Guilty before being proven innocent.'

5/ Dear Britain, Boris Johnson is your Foreign Secretary and he just lied to justify our country’s foreign policy. How does that make you feel? pic.twitter.com/TfqYDCtGgT

Short @BBCNews bulletin after Eastenders mentioned Corbyn attending an event, Spotify and Prince Philip. But not a single word of @BorisJohnson telling a lie designed to stoke up anti-Russian feelings. They told us not to threaten a nuclear power ffs! Come on BBC, get a grip

Both the BBC and Boris Johnson have serious questions to answer. And Britain should demand answers from them both – because we all deserve so much better.

– You can find out how to complain to the BBC here, and contact Boris Johnson here.

– Also see our full coverage of the media attacks on Jewdas.