'100 women' just took on a corporate giant... by throwing their bras at it - Canary 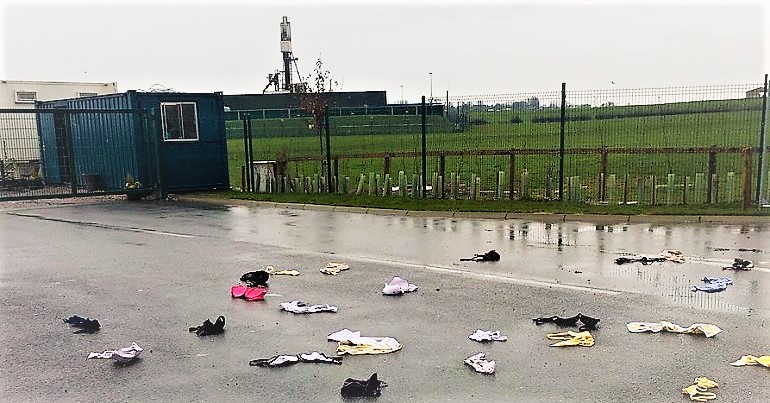 There were extraordinary scenes in Lancashire on Tuesday 3 April, as ‘100 women’ took on a corporate fracking giant to highlight public concern over the industry.

Preston New Road is at the centre of a row over fracking. Cuadrilla has permission to frack the site. But local people are against the company’s plans. And they have stepped up their protests since January 2017.

The government gave the go-ahead for Cuadrilla to frack there – reportedly the first site of its kind in the UK – in 2016. It officially began work on 5 January 2017. Ever since, protesters have been at the site.

So, the group United Resistance has launched a three-month campaign against fracking there. It began on Tuesday 3 April, reportedly with 200 people marching on Cuadrilla’s site: 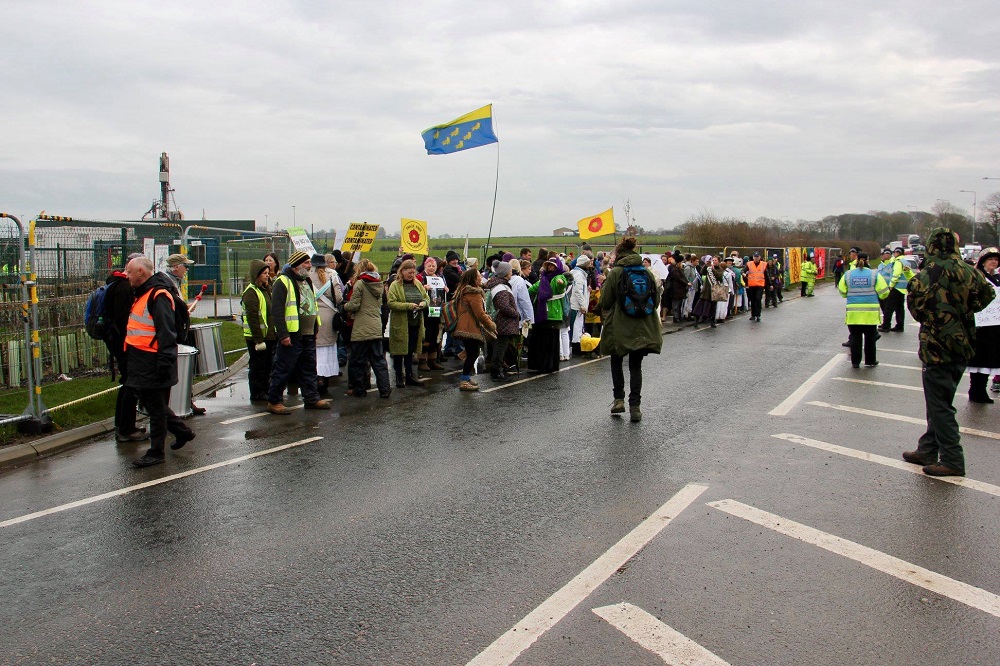 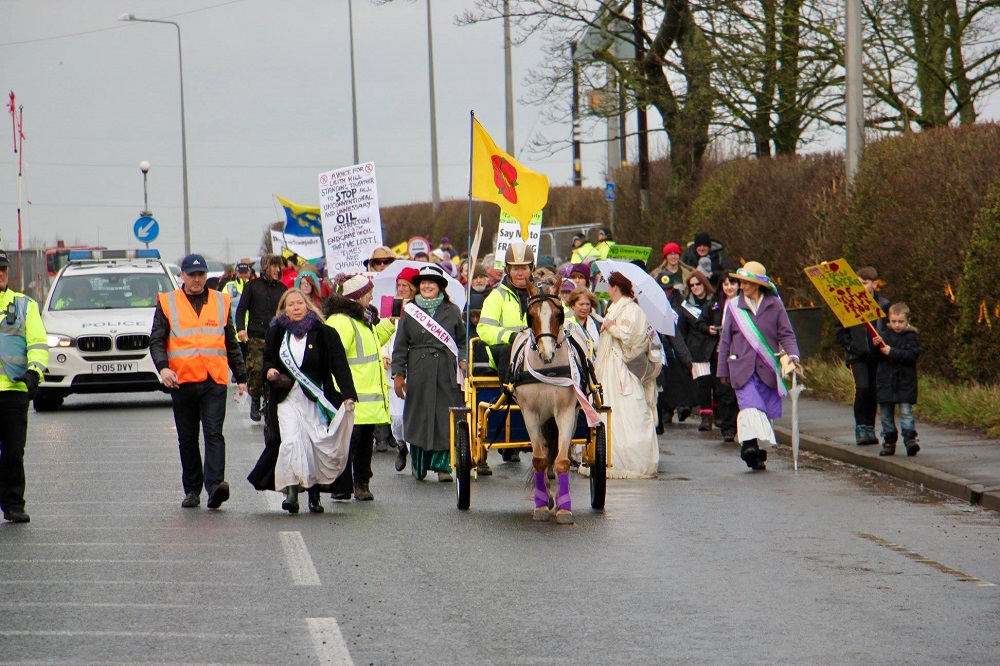 Campaigners also used the hashtag #100Women to show the comparisons between the Suffragette movement and their struggle against fracking:

200 people at Lancashire fracking site today to stand with the local community against fracking! Love the suffragettes outfits of Lancs women leading this resistance & protecting our planet #100women #WeSaidNo pic.twitter.com/5YOxIjW9O9

For our sisters before us… We march for rights today too #100women for the right to protect our children and reproductive health from #fracking today #PNR @FRACKFREELANCS pic.twitter.com/opY1C5PfWc

Meanwhile, it wasn’t just feet that arrived at Cuadrilla’s entrance, but underwear too:

Bras have been flung into the Gates of Hell as our gesture to you! @CuadrillaUK you know not what you’ve unleashed #100Women #UntilWeWin pic.twitter.com/DxItxDcD6S

[The] march celebrated 100 years of female emancipation but also served to highlight the health risks, of which women in particular, are susceptible to as a result of fracking.

100 women and women at risk

Studies appear to back up the group’s claims. One found that mothers living within 1km of a fracking site in the US saw a:

25% increase in the probability of low birth weight… and significant declines in average birth weight and in an index of infant health.

Another, as Forbes reported, found that:

Women with newborns who lived near fracking sites… found a 40% increased chance of having a premature baby and a 30% risk of having the pregnancy be classified as ‘high-risk’… Contributing factors likely include air and water pollution, stress from the noise and traffic…

Then, in February 2018, Environmental Health News reported that a study found:

[The] ‘No Fracking or Bust’ action where the ground in front of the site was symbolically covered in discarded bras was a graphic illustration of this issue.

The government’s decision to let Cuadrilla frack has been controversial. Lancashire County Council originally refused to let it frack the site. Then, communities secretary Sajid Javid stepped in back in October 2016 and gave the company the go-ahead. And since Javid’s decision, Cuadrilla has been dogged by numerous scandals. These include:

Campaigners’ concerns about fracking are overarching. They range from polluted drinking water and earthquakes to its contribution to greenhouse gas emissions. But the dangers to women’s health are particularly pertinent 100 years on from the Suffragette movement. It seems that for women (and men) in Lancashire, Cuadrilla is not going to be let off the hook easily.

– Stay up to date with fracking news from DrillOrDrop and find out more about United Resistance’s three month campaign.