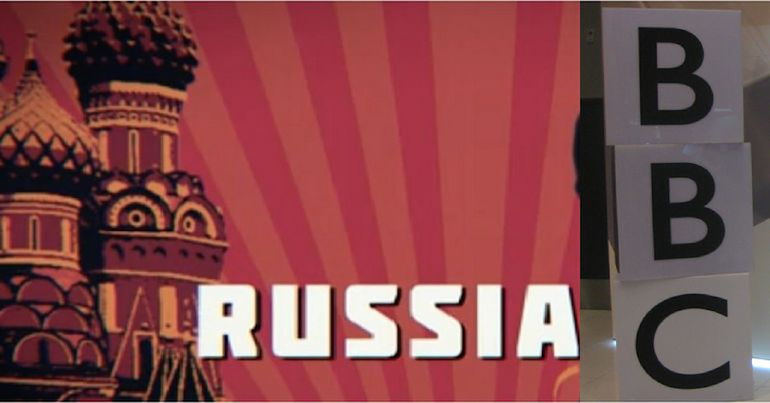 Viewers have branded the BBC “dangerously irresponsible” for apparently burying a gamechanger in the Russian spy story in its broadcast coverage:

The @BBCNews at 6 o'clock headlines. Not a single mention of the announcement from Porton Down.
The BBC has moved way past biased, it is now dangerously irresponsible and complicit in government lying to the public.

But on 3 April, the chief executive of the UK’s government laboratory, headquartered at Porton Down, told Sky News that the agency has “not verified the precise source” of the nerve agent.

Two hours after Porton Down announced that the scientific evidence was inconclusive, BBC News at Six ignored the development. Instead, the programme attacked Jeremy Corbyn for attending a Passover feast with a Jewish group. With the apparent double standard in mind, social media is awash with complaints from viewers:

Dear BBC
Given the wall-to-wall coverage you relayed of the Skripal poisonings, the jingoism of May and Johnson and the attempts to humiliate Jeremy Corbyn, do you not think it is in the public interest to inform them of the latest developments at Porton Down? @BBCNews

This a resignation issue for Johnson? Apparently it isn't even newsworthy enough to put on the BBC 6 o'clock News. Uh @BBCNews? However, Corbyn accepting an invitation to spend Seder supper with his constituents on his day off, THAT'S TERRIBLE! #BBCBias https://t.co/qXQqViiBHf

6’0clock @BBCNews decided not to mention the recent findings from Porton Down.
These findings are not insignificant.
Why not reported? Why??

Can @BBCNews explain why it failed to mention anything on the 6 o’clock news about today’s findings from Porton Down that the origin of the nerve agent used in Salisbury cannot be identified?

Could it be because today’s findings are seriously embarrassing for the government? pic.twitter.com/KeZFCTcxYv

After Skripal was poisoned, The Canary reported that there was no available evidence conclusively pointing to any culprit in the Russian spy case. Now, Porton Down has confirmed that the institution hasn’t attributed the nerve agent to any state. In response, the UK government says that Porton Down was “only one part of the intelligence picture”. The defence laboratory takes the same line.

Fast forward to BBC News at Ten, and the state broadcaster still appeared to be sidelining the revelation.

One journalist accused the BBC of dedicating much more time to Corbyn attending a Jewish dinner and Prince Philip having a hip operation than to the Porton Down development. And he criticised BBC News for failing to hold the foreign secretary to account for claiming Porton Down “categorically” said the nerve agent came from Russia:

I can't understand what the Porton Down guy has got to do to get on BBC News. Maybe fling fish from a trawler, or cheat at cricket?

Porton Down: That awkward moment when Jeremy Corbyn was – again – on the right side of history and the BBC have to somehow find a way to make him the villian.

Last month, BBC Newsnight painted Corbyn as an apologist for Russia for asking for evidence before reacting to the assassination attempt:

Remember this episode of Newsnight, memorably known because everyone on Twitter became obsessed with Corbyn's hat while being less bothered by the fact that @BBCNewsnight staged Jeremy in front of the Kremlin? THREAD on #PortonDown pic.twitter.com/SxFC2Kb4kW

The story was covered extensively across BBC News outlets yesterday, including prominently on the News at 10 with our security correspondent, Frank Gardner. We have continued to cover the story this morning and the foreign secretary’s comments have been discussed, for example, on Radio 4’s Today programme.

The BBC has extensively covered attacks on Corbyn. But now, the state broadcaster seems to be downplaying an important development in the Russian spy story. Quite rightly, viewers are outraged at where their licence fee money is going. A recent survey of British adults by One Poll found that only 17% of respondents trust the BBC. That’s not a good sign for our public service broadcaster. The BBC should be democratised, not run like an arm of the establishment.