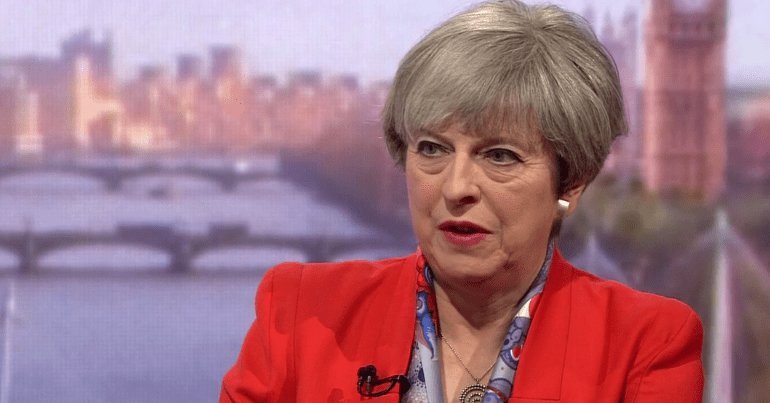 Theresa May has already expelled 23 Russian diplomats over the position that Russia poisoned former double agent Sergei Skripal in Salisbury. But emerging evidence has left May’s main argument for doing so in pieces.

The Conservative government blames Russia for the attack because of analysis from the UK’s Defence Science and Technology Laboratory, headquartered at Porton Down. The analysis claims the poison used in the attack belongs to the ‘Novichok’ group of nerve agents. Theresa May says that Russia “previously produced this agent and would still be capable of doing so”, stating that it’s “highly likely” Russia poisoned Skripal.

Emerging evidence: Novichoks can be “produced in a garage”

There are therefore only two plausible explanations for what happened in Salisbury on the 4th of March. Either this was a direct act by the Russian state against our country. Or the Russian Government lost control of this potentially catastrophically damaging nerve agent and allowed it to get into the hands of others.

The majority of the media and political class seems to have accepted the Conservative government’s position. But it looks like it’s much easier to synthesise Novichoks than May suggests. Most of what is publicly available about Novichoks comes from dissident Russian scientist Vil Mirzayanov. In Cassidy’s Run: The Secret Spy War Over Nerve Gas, author David Wise quotes Mirzayanov as saying:

Uglev [a man who Wise says “helped to perfect Novichok”] claims the binary form of the gas can be produced in a garage. He exaggerates a little, but it is basically true.

In fact, it appears that Russian scientists developed Novichoks partly so they could be easily manufactured. In Weapons of Mass Casualties and Terrorism Response Handbook, author Charles Stewart writes:

The Novichok agents are thought to be far more difficult to detect during manufacturing and far easier to manufacture covertly, because they can be made with common chemicals in relatively simple pesticide factories.

In short, it wouldn’t be too difficult for other states or non-state actors to produce Novichoks.

“No independent confirmation of the structures” of Novichoks

Dr Robin Black previously worked at Porton Down. And in 2016, he wrote:

In recent years, there has been much speculation that a fourth generation of nerve agents, ‘Novichoks’ (newcomer), was developed in Russia, beginning in the 1970s as part of the ‘Foliant’ programme, with the aim of finding agents that would compromise defensive countermeasures. Information on these compounds has been sparse in the public domain, mostly originating from a dissident Russian military chemist, Vil Mirzayanov. No independent confirmation of the structures or the properties of such compounds has been published.

So in his review of chemical agents, Porton Down’s own Dr Black said that “no independent confirmation” of the chemical structures or properties of Novichok had been published.

The Organisation for the Prohibition of Chemical Weapons (OPCW) is the intergovernmental organisation overseeing the elimination of chemical weapons. In 2013, the organisation’s Scientific Advisory Board (SAB) reportedly seemed uncertain that Novichoks even existed:

[The SAB] emphasised that the definition of toxic chemicals in the Convention would cover all potential candidate chemicals that might be utilised as chemical weapons. Regarding new toxic chemicals not listed in the Annex on Chemicals but which may nevertheless pose a risk to the Convention, the SAB makes reference to “Novichoks”. The name “Novichok” is used in a publication of a former Soviet scientist who reported investigating a new class of nerve agents suitable for use as binary chemical weapons. The SAB states that it has insufficient information to comment on the existence or properties of “Novichoks”.

Lacking information on Novichoks, the SAB did not recommend that the group of nerve agents should be added to its banned list. Today, the OPCW has apparently still not added Novichoks to its list of Scheduled Chemicals.

Russia declared roughly 40,000 tonnes of chemical weapons to the OPCW in the 1990s. The agency said in October that Moscow had completed destruction of the stockpile. It did not declare Novichok.

The UK government now says it will send a sample of the Salisbury nerve agent to the OPCW for independent verification. It’s likely that the OPCW would then need to visit Russia to search for the alleged nerve agent itself.

Russia has asked the UK for a sample of the nerve agent from Salisbury so it can do its own tests. The US and other NATO states, meanwhile, have backed Theresa May’s position.

But if Novichoks do exist, then other states and organisations could produce them. So the Conservative government’s argument that Russia carried out the Salisbury attack is weak. Yet May has already retaliated against Russia, escalating geopolitical tensions.

Others, meanwhile, continue to wait for definitive proof.

In response to this article, a press officer for the Conservative government pointed The Canary to previous comments from Theresa May.